I posted about Nell's birthday party, but also wanted to jot down a few memories of what she was like at twelve months, before I lost those memories in a fog of how much fun she is at thirteen months, combined with how much "fun" she is while her mouth is under siege by multiple molars.
A year old!  Insert a half dozen clichés here, like "where did the time go," and "how can she be one already," and "it goes by so fast," etc. 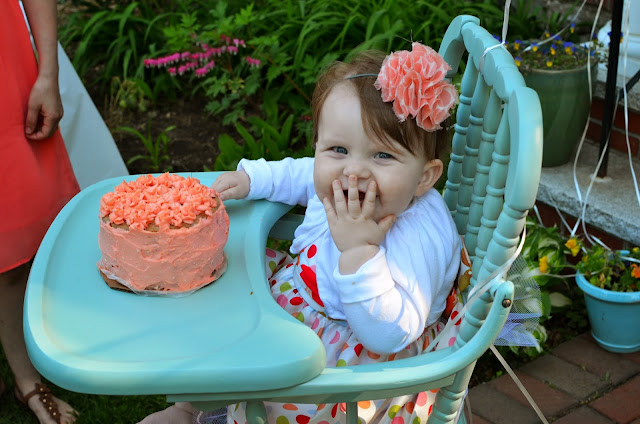 Nell at twelve months became obsessed with pointing at everything.  Pretty cute. 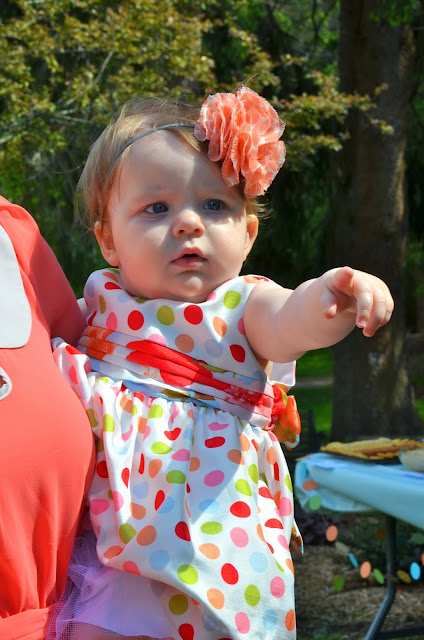 She likes to "dance" whenever she hears music, a sort of ab-crunching, hand-waving dance that I promise I did not teach her.  She came up with it on her own, and it makes everyone laugh!

She received this little chair for her birthday from soon-to-be-aunt-Hannah's parents, and was so very pleased with it.  She loves to sit in it and survey the living room from her elevated perch. 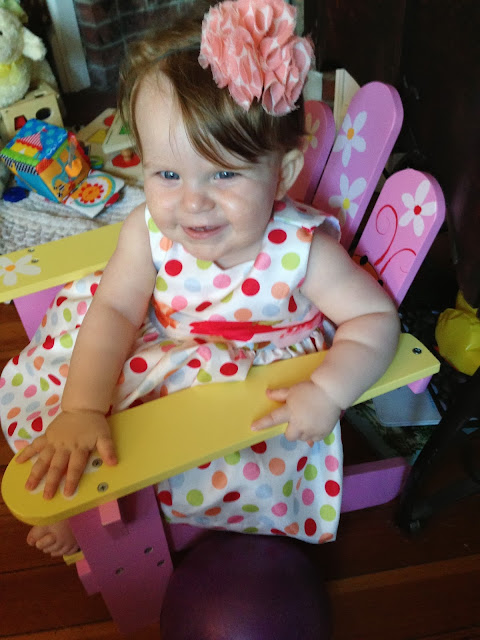 She started getting that other foot out behind her and doing a "regular" crawl occasionally instead of scooting everywhere with one foot behind and the other one folded in front.  She still preferred the scoot, though.

She had six teeth, if I'm remembering correctly - three on the bottom and three on the top, with two more top teeth looking like they'd be emerging any day.

Her favorite sound was still "Da da da," occasionally uttered as a drawn-out exclamation of excitement or joy: "Daaaaaaa!"  People comment on how sweet her little voice is, and I am inclined to agree.

Nell weighed in at 24 lbs, 6 oz at her 12 month check-up.  She started taking showers with Mama sometimes, since she was rapidly outgrowing the kitchen sink for baths. 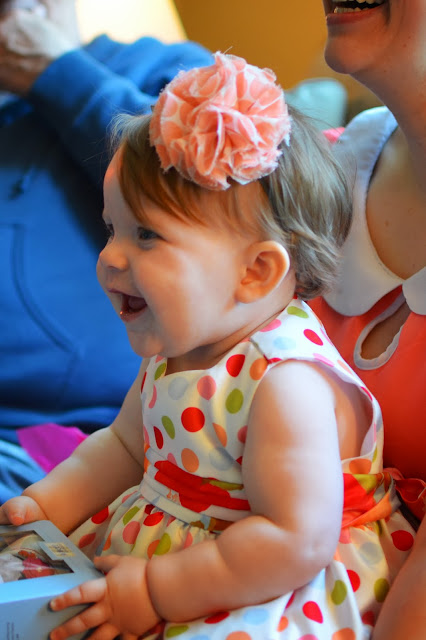 Her doctor told me she was so cute I ought to get her into commercials or something.  "No, really," he declared, "I know you think that she's cute, but you think you're probably just biased.  I'm telling you she is really that cute."  I was pleased by this.  I suppose every mother likes to hear her baby's cuteness extolled.  It's not because we mamas are superficial; it's because we don't necessarily feel like we have much else to show for our mothering efforts yet.  Virtue and character, education and ability will {we hope} be instilled in our children with the passing of years, but during these tender early years, the cuteness is what we have to show the world after hundreds of diaper changes and nearly as many night wakings.  So by all means, comment on the cuteness.  Thank you very much. 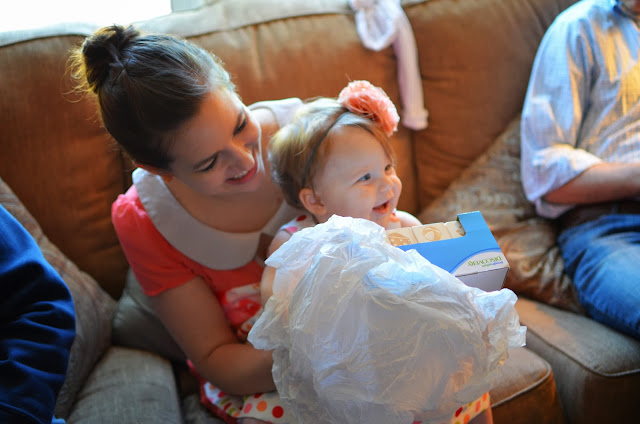 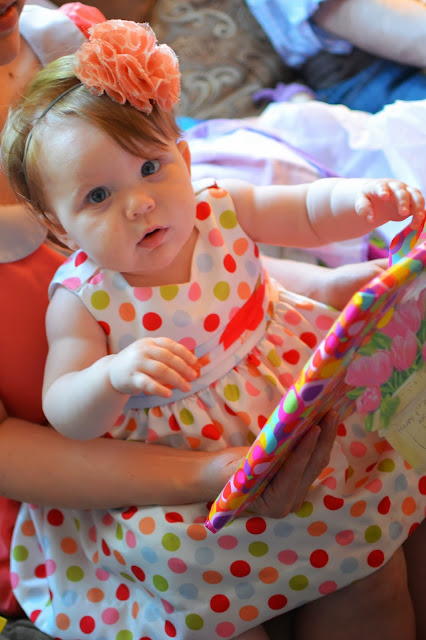 Dear Ellen,
I know you won't remember your first birthday party, but I hope you'll always know we planned that party because we love you so much, and we think your life deserves a real celebration.
Lovelovelove,
Mom 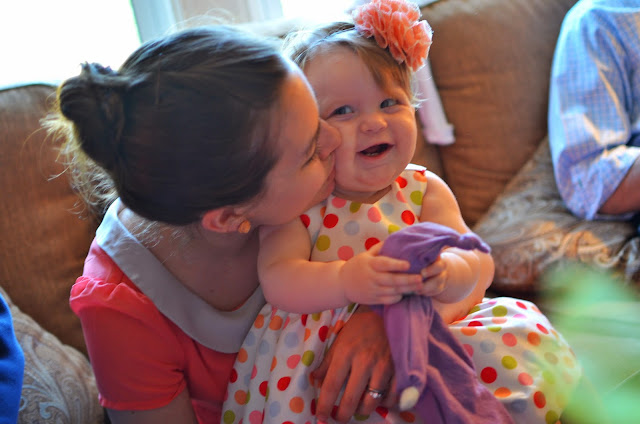