Yesterday it came to my attention that it was Audrey Hepburn's birthday. 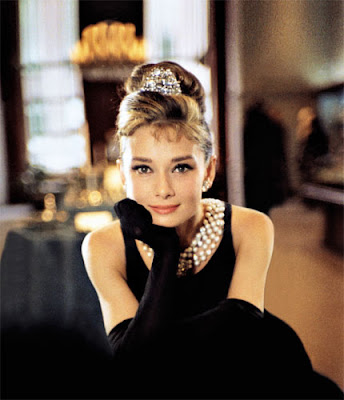 It got me thinking about how I adore her. [And most of the actresses and models that I admire today remind me of her in some way.]

In fact, I like her so much that a week or two ago I texted Nathan, quite out of the blue, and asked him, "If we ever have a daughter, can we name her Audrey?"

[He was not in favor of the idea, sadly.]

"The imprint of Miss Hepburn is absolutely, totally present. Like it or not, she will be the most important look of the twentieth century."

"'Moon River' was written for her. No one else has ever understood it so completely. There have been more than one thousand versions, but hers is unquestionably the greatest."

"After so many drive-in waitresses becoming movie stars, there has been this real drought, when along come class; somebody who actually went to school, can spell, maybe even plays the piano. She may be a wispy, thin little thing, but when you see that girl, you know you're really in the presence of something. In that league there's only ever been Garbo, and the other Hepburn, and maybe Bergman. It's a rare quality, but boy, do you know when you've found it." 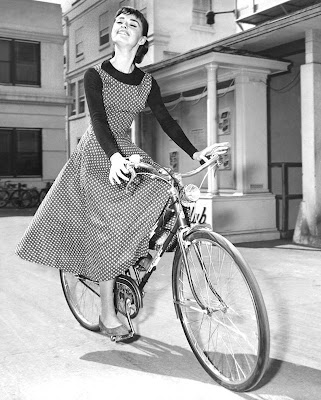 Audrey Hepburn was known to say that "happy girls are the prettiest girls." She also once said, "Paris is always a good idea," which sounds like a good idea to me. [I've never been, but I want to go someday.] 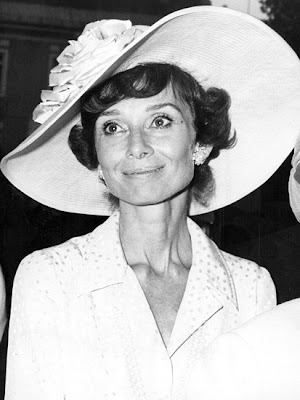 "Living is like tearing through a museum. Not until later do you really start absorbing what you saw, thinking about it, looking it up in a book, and remembering - because you can't take it in all at once."