Finding myself wide awake and up playing with a certain baby at 1:30 in the morning seems like as good a time as any to record some 10 month memories, I suppose.  We're on Night #2 of baby party extravaganzas from 11:30 or thereabouts until after 2:00 am.  No amount of patting, shushing, nursing, rocking, or walking will get her back to sleep until she gets up, grins, babbles, crawls around, and plays for a while, it seems.  My personal theory?  She wants some play time sans her older sister getting in her way.  Sorry, Ree, but this time of night isn't really good for me.  Can you go back to sleeping normally (which means waking every few hours but then actually going back to sleep!) starting tomorrow night?  Please?

But for now, I'll write. 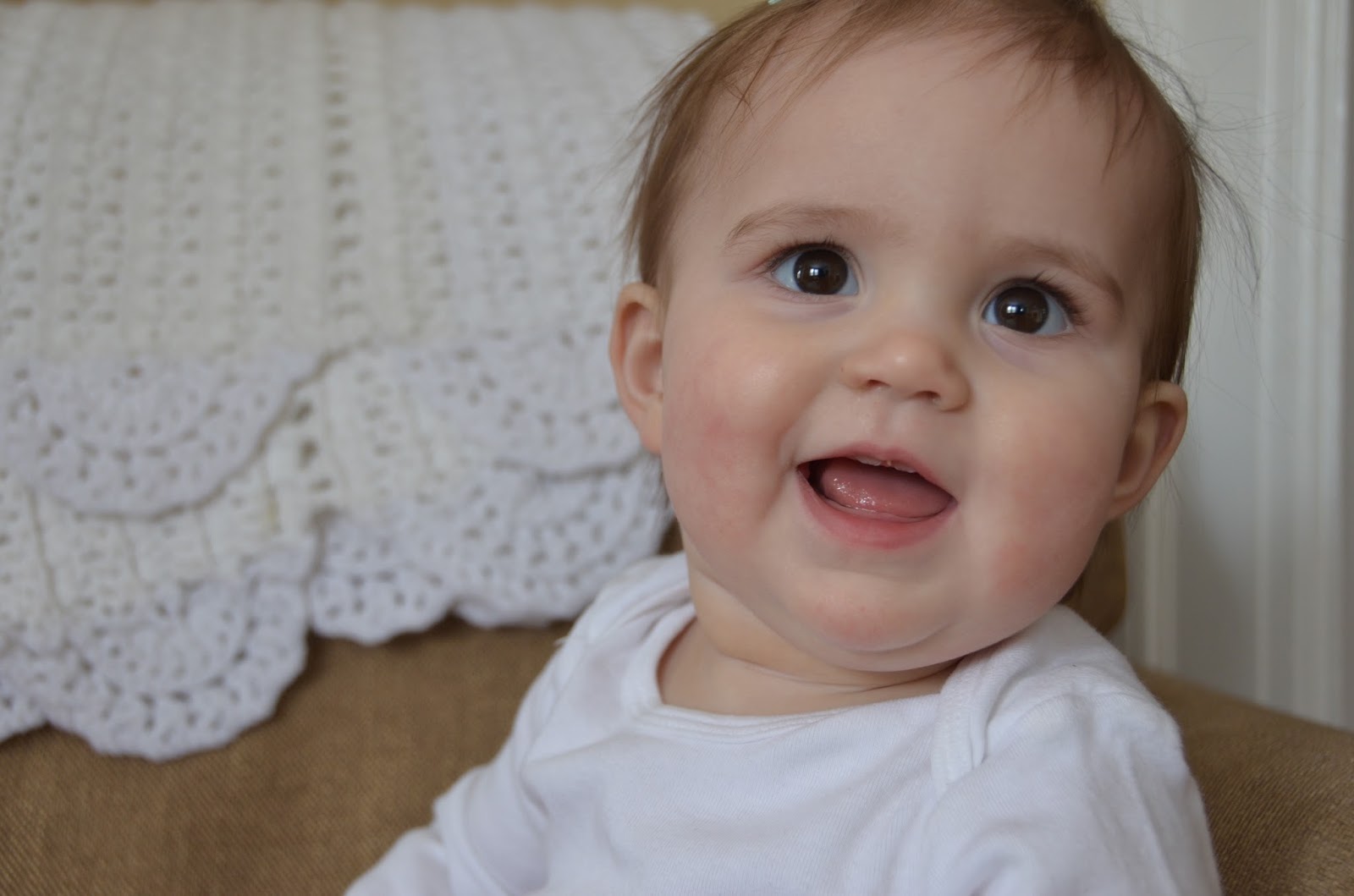 I'm not sure it makes sense to have a "favorite age" for babies in general, but for this baby in particular, ten months has been a really, really good age.  Having met her lofty goals of pulling up, crawling, and cruising around furniture, she decided she could pay attention to the people in her life again, with novelties like sustained eye contact and babbling and giggles.  I've been loving it.

Her soothing object of choice when falling asleep is first and foremost a fistful of my hair, and should that be unavailable, she reaches her little hand up and clings to a fistful of her own as she sleeps.  It's the kind of sleeping gesture that parents and grandparents find adorable, and the rest of the world probably finds... uninteresting, I suppose.  Being in the former group, I find it hard to understand those in the latter, though. 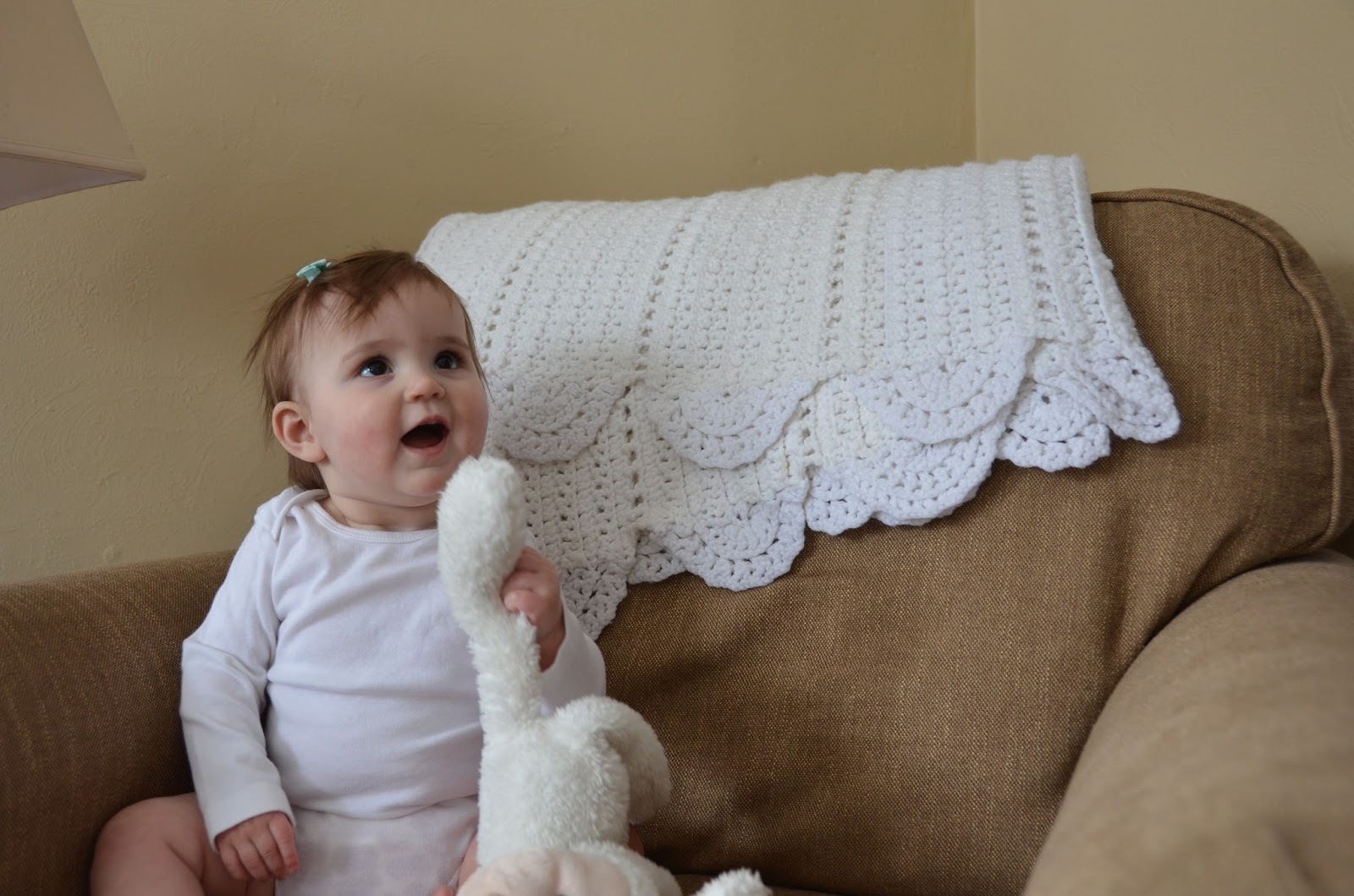 "Who is this person stopping by our photo shoot?" 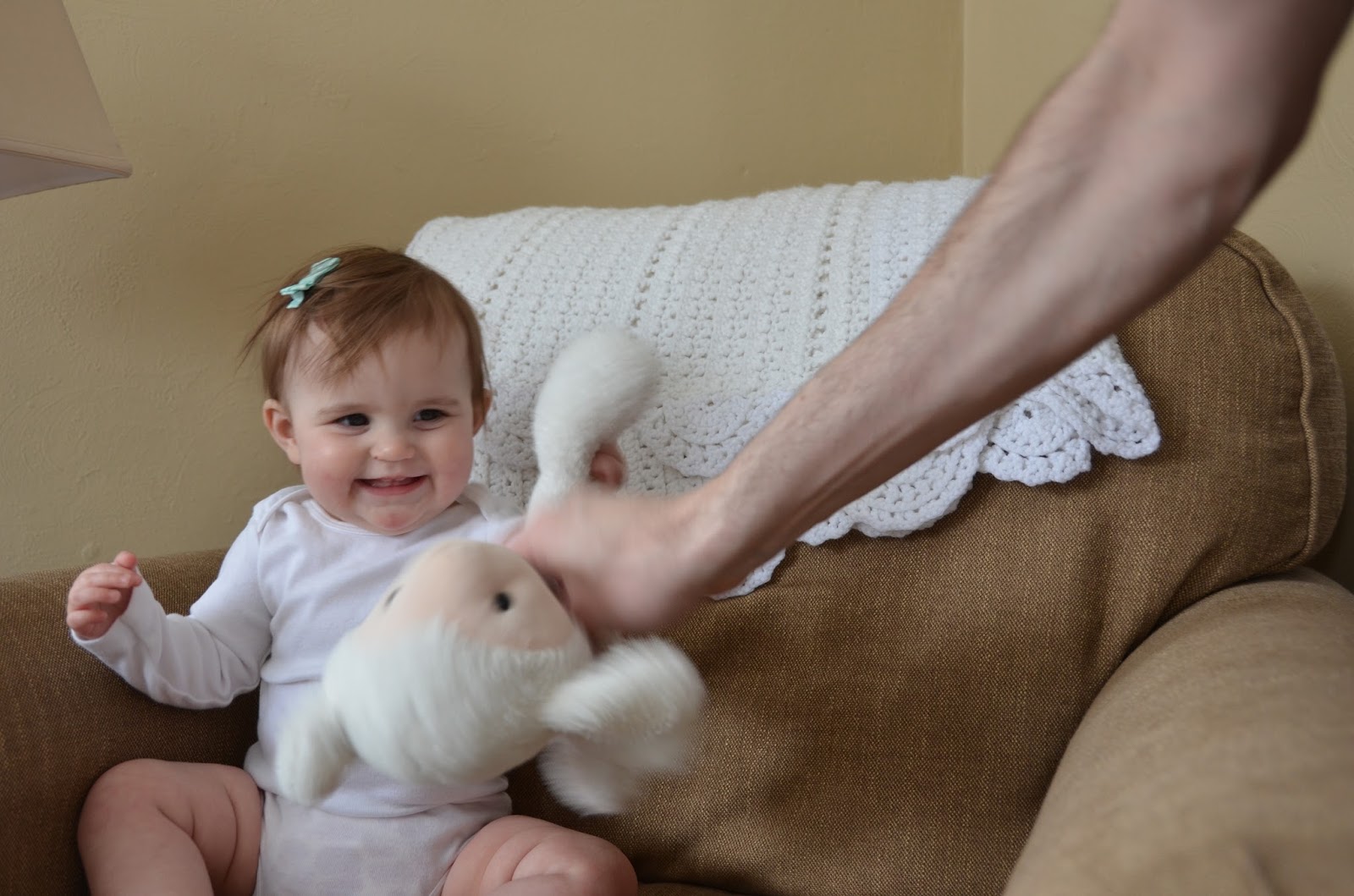 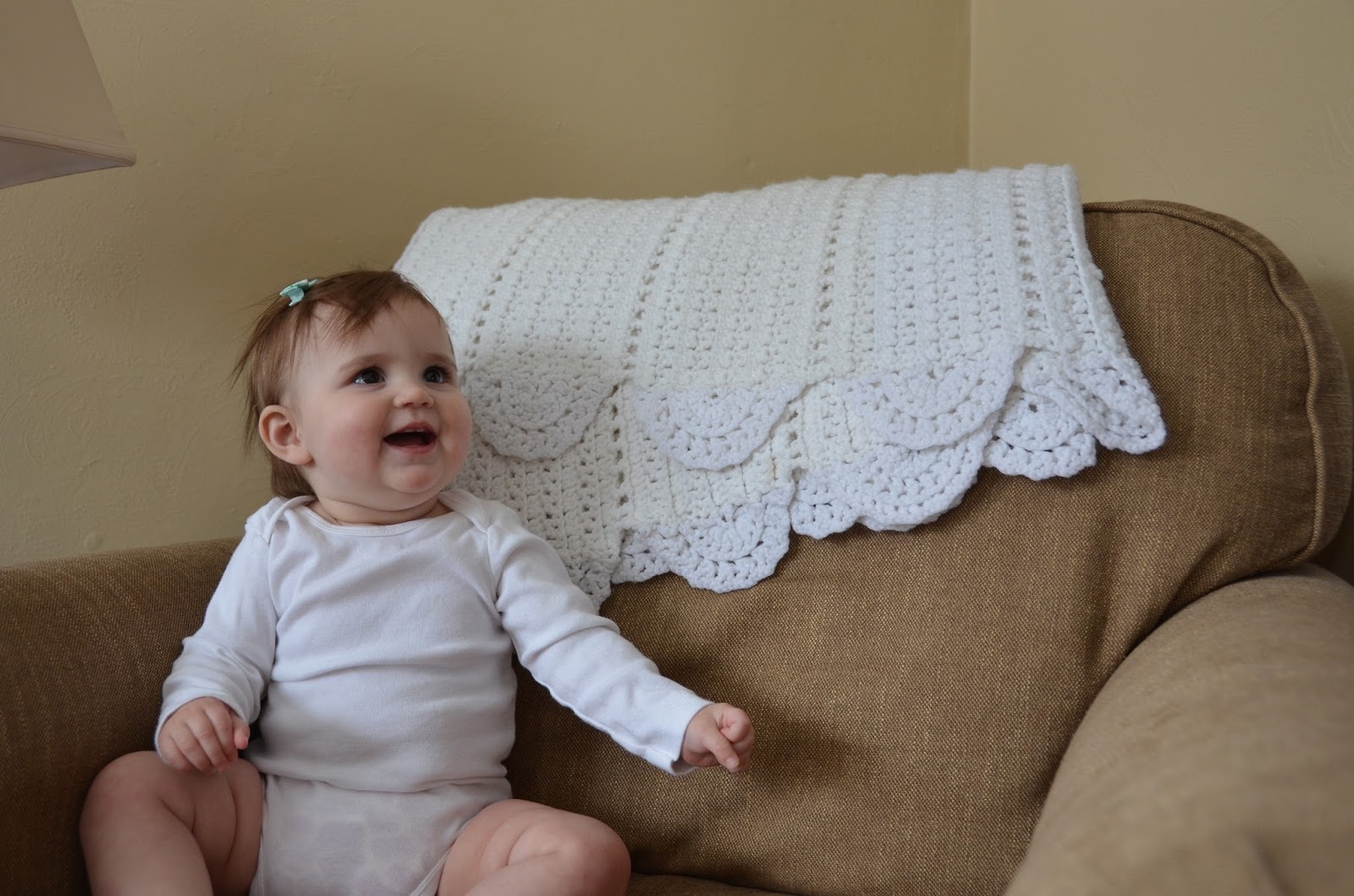 "I love you, Dad... as long as you don't try to pick me up and take me somewhere away from Mom." 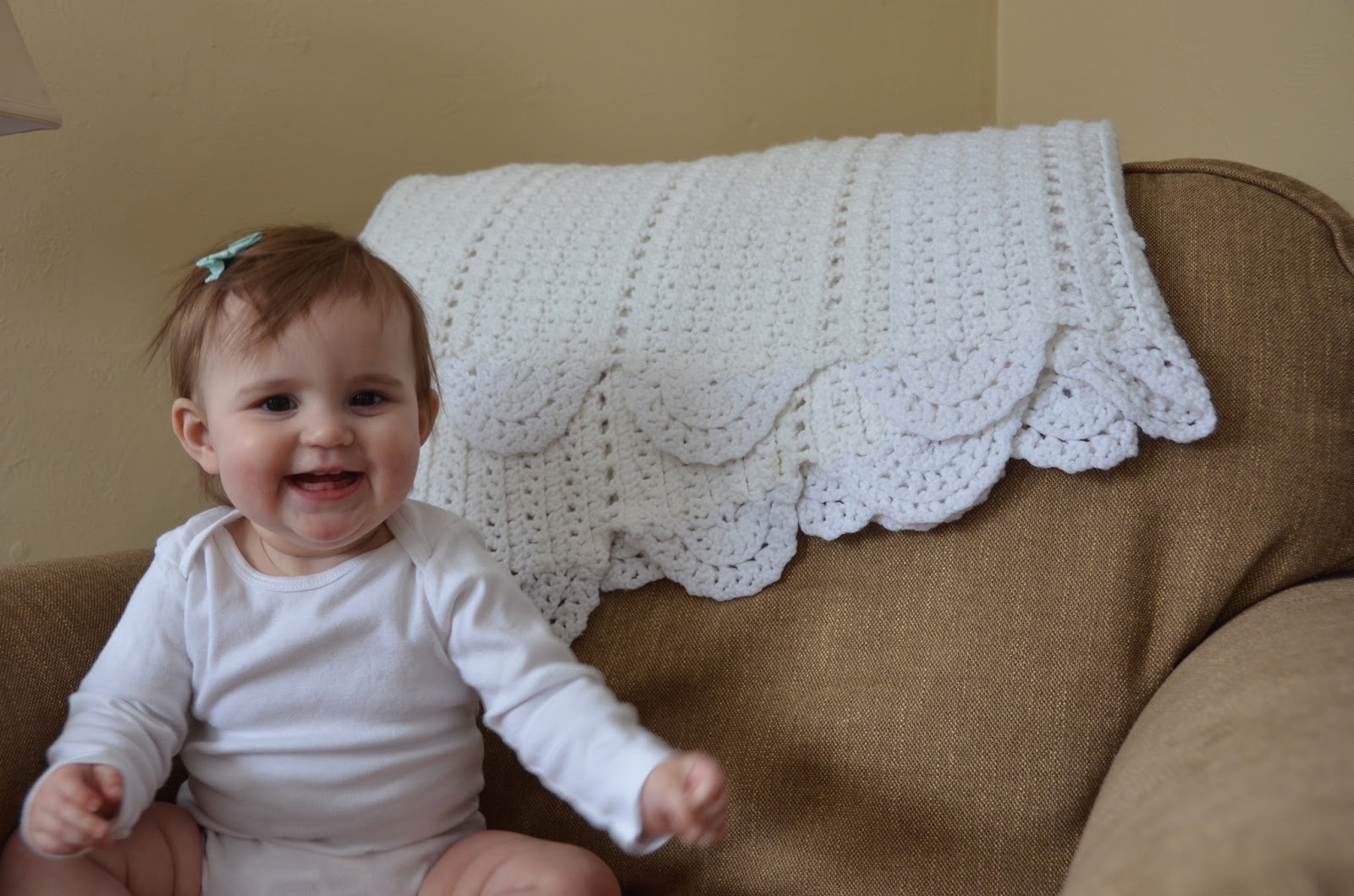 On the day she turned ten months old, a top tooth emerged.  Followed closely two days later by the other top tooth!  By the time she was over her most recent bout of illness {it's been a near constant thing this winter} and I took these photos, these two beauties were featuring prominently. 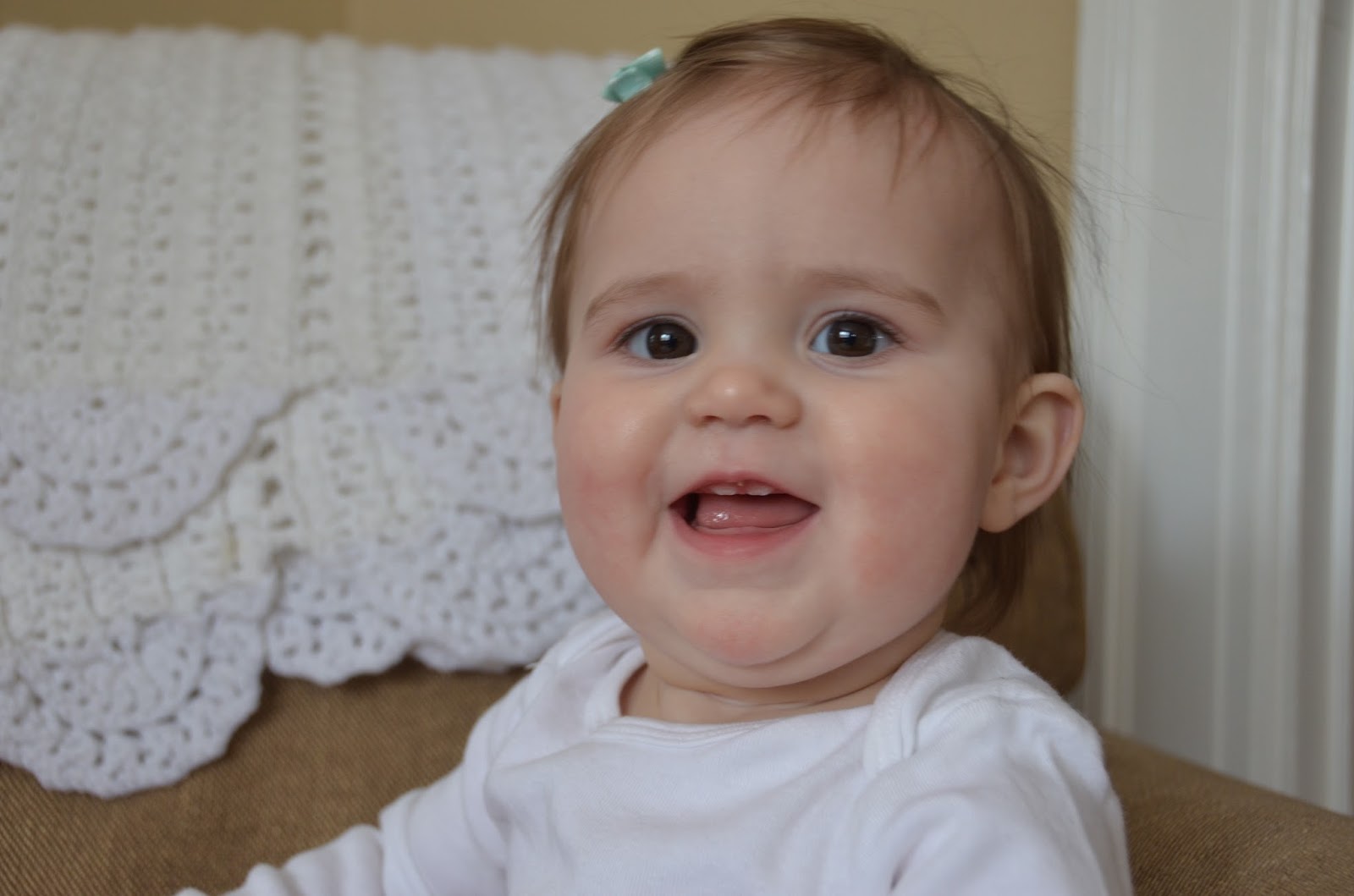 We canceled the order we had placed for baby dentures.  Phew. 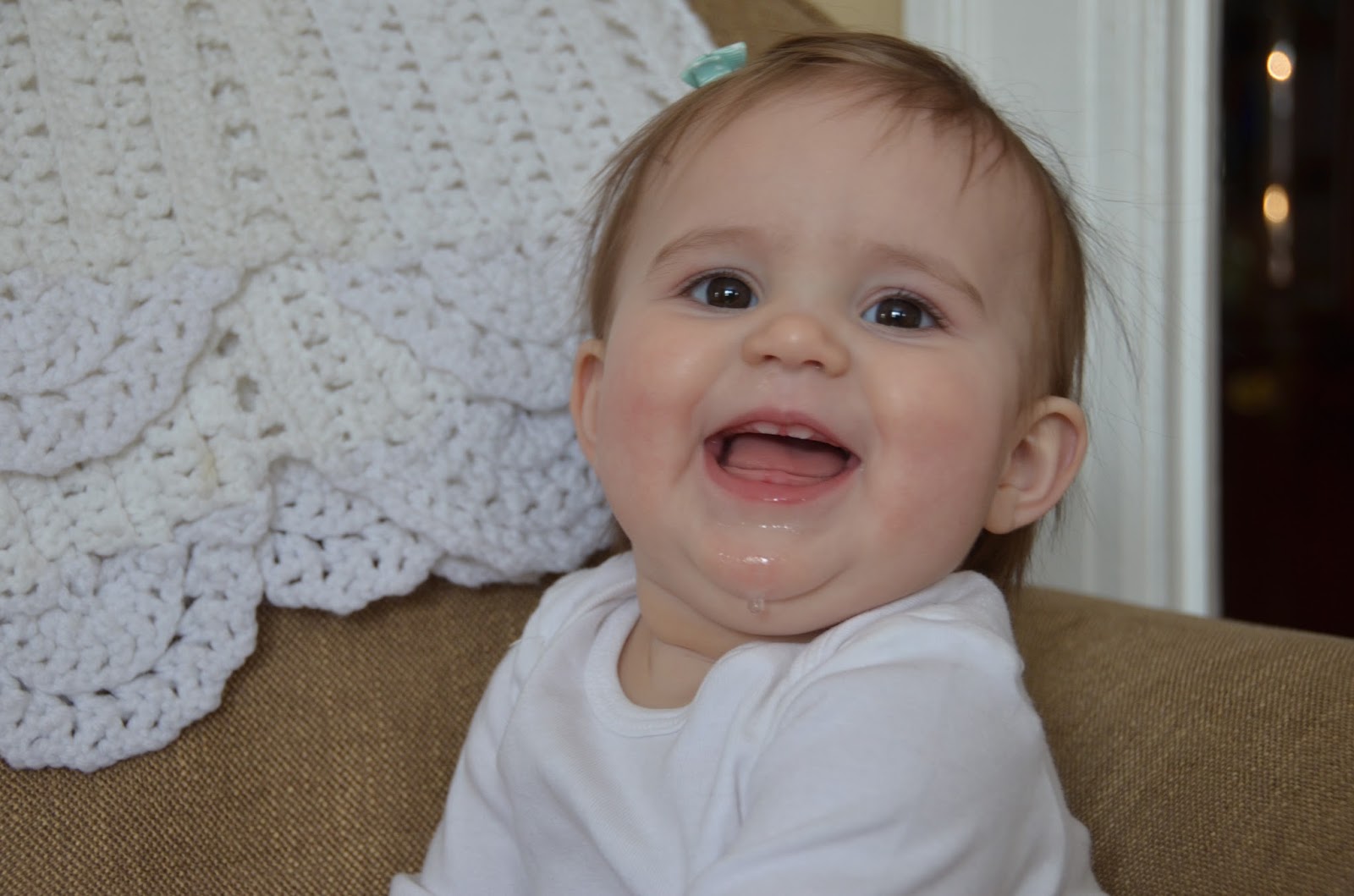 She's still taking two naps a day, which often keeps us fairly homebound with a schedule consisting of: Breakfast, Ree's Nap, Lunch, Nell's Nap, Ree's nap and Mama's teaching, Dinner, Bed.  We are living it up around here, I tell you. 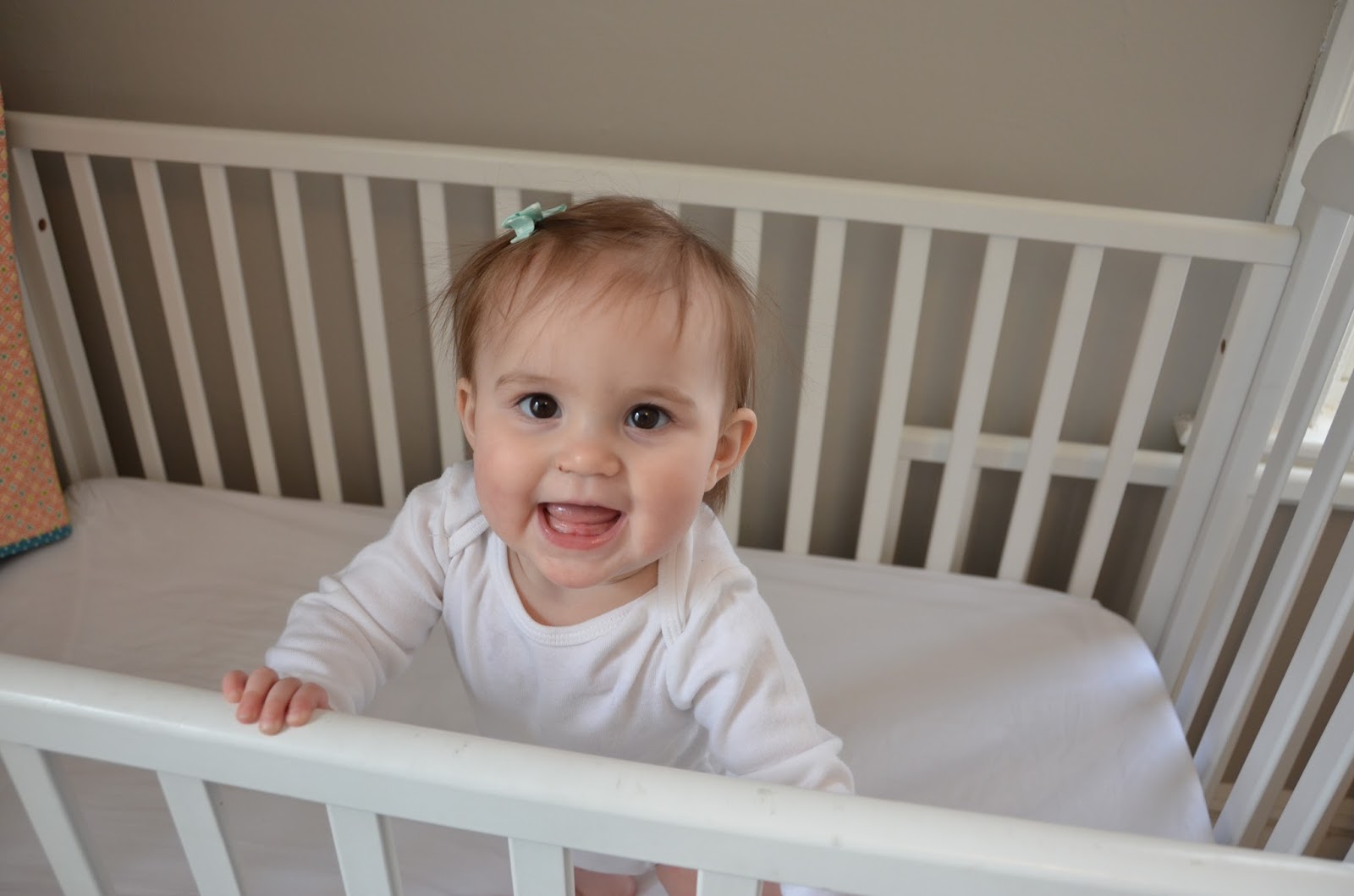 Would you look at that face?  It's a pretty good life.

The night partying babe is showing signs of giving up her wakeful reign of terror.  I'm going to seize the moment!  Wish me luck.

You are squishy and sweet and I can hardly wait for the weather to warm up so I can dress you in rompers and onesies with all that exposed skin to kiss all the time.  That's what's on my mind lately!  We're going to have such fun this spring and summer.  I promise.