the giving of thanks

When the news of the world - both afar and close to home - has seemed sadder lately, it's all the more poignant to stop and give thanks for all the good things.

It was our first Thanksgiving as just the four of us -- no traveling, no hosting, and not even a turkey!

As it turned out, I totally loved it.

I didn't do any prep yesterday, I didn't stay up late last night making pies, and I didn't set an alarm for this morning.  I got up when the kids woke up, enjoyed a leisurely breakfast and coffee and conversation with the girls while Nathan got to sleep in. 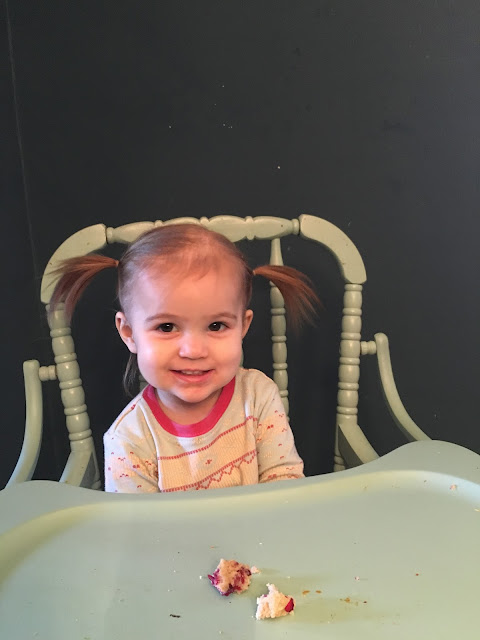 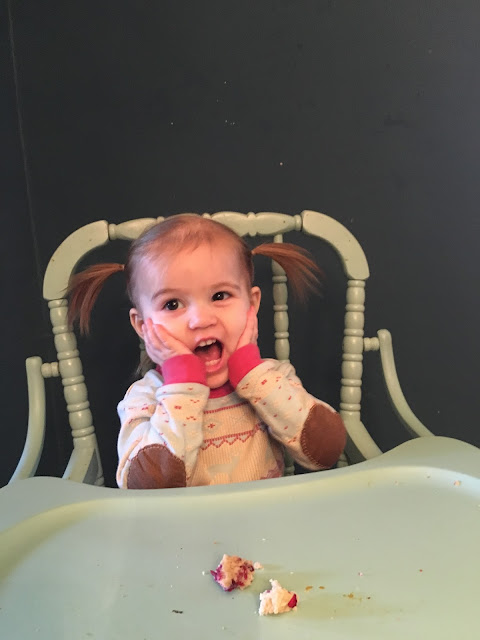 {and really, what's not to be thankful for here? alpine pajamas with elbow patches!  pigtails!  and perhaps she's planning on auditioning for a new installment of Home Alone?}

After breakfast, we got down to the serious business of making the feast.  Nell helped with the rolls, the pie crusts, and the whipped cream. 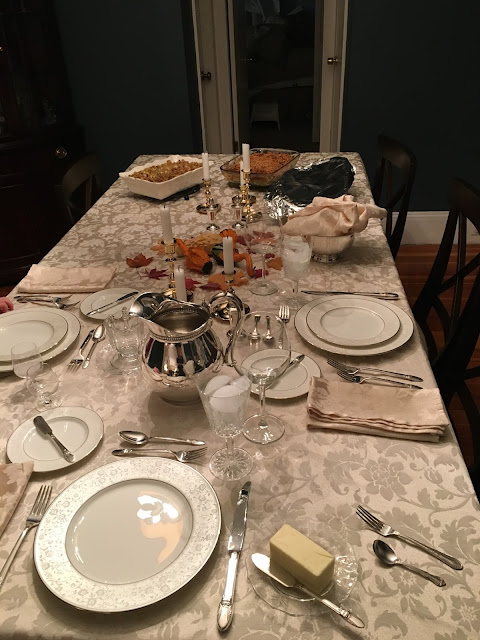 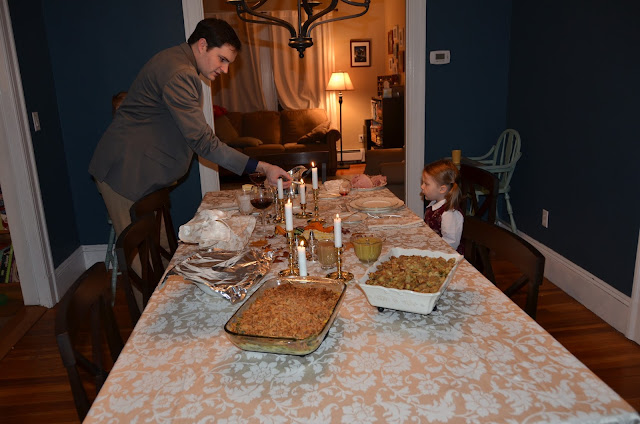 Candles were lit, prayers were said, tears of gratitude were shed. {ok, that was just me. but I challenge you to sit across from the sweetest three-year-old in the world folding her hands in prayer and not get teary-eyed over all the goodness there is to be had in life.} 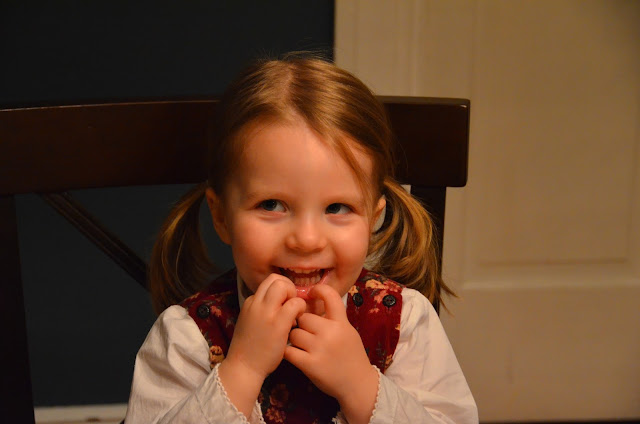 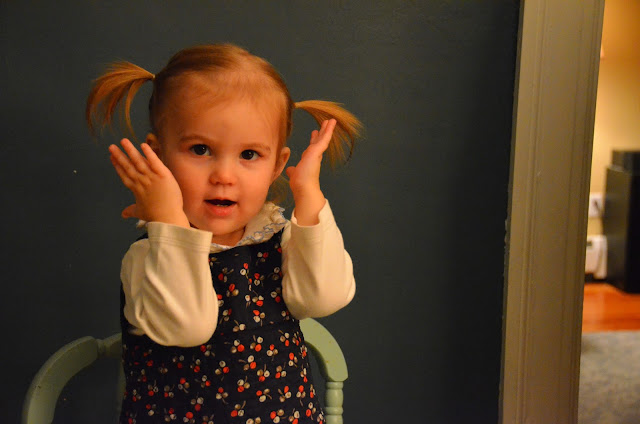 Nathan gave Nell a tiny crystal glass of very watered-down wine this year, and she was so thrilled about the whole thing it was a delight to behold.  She promptly declared, "I'm thankful for wine!"
Two pies seemed just about right for the four of us.  I added a dash of freshly ground pepper to my pumpkin pie this year, and it was a good call.  And the chocolate pie is and always will be my Grandma's recipe.  I miss Grandma and Grandpa every time I make it, and my heart is full. 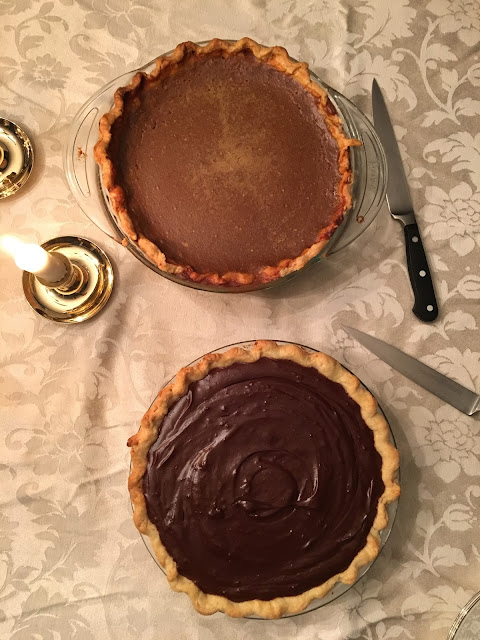 As it turned out, Ree was a big fan of whipped cream. 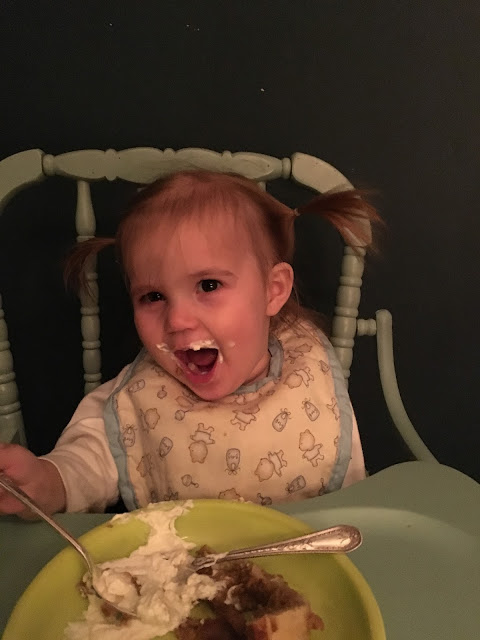 In the late morning today, when the pie crust dough was chilling and the dinner roll dough was rising,  I went out for a short run by myself.  Usually, if I'm able to sneak in a run at all, it's with the double stroller and both kids in tow, but this morning, Nathan was home and so the girls stayed in.  I donned my running tights and shoes and enjoyed the cold fresh air and a bit of time all to myself.

My first mile was a bit under a 10-minute pace.  Although I wasn't really pushing myself or thinking about it, when my iPhone informed my of my pace, I found myself musing a bit about my pace in running, and my pace in life.

Five years ago, I would have pushed myself and tried for a sub-seven minute mile.  I could go for a run every single morning, and I usually did.  In retrospect, I hardly know what I did with all the free time I didn't even know I had back then.

But my heart was smaller then, and I didn't even know it.

Posted by sarah marie at 7:01 PM No comments: 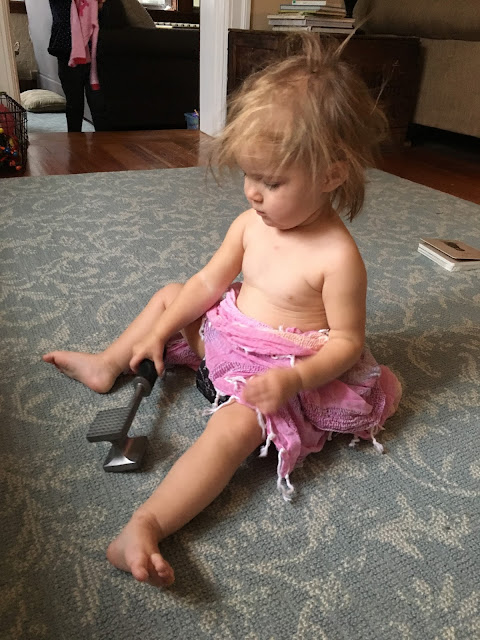 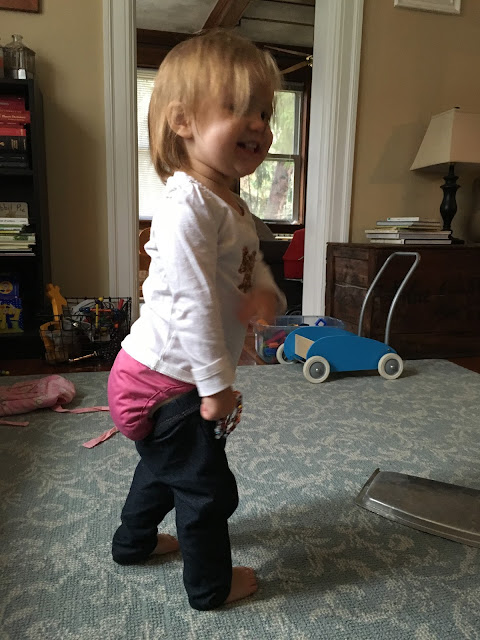