Seeing as the babe is now three months old, I figured I may as well sit down and record a few memories and pictures from two months! 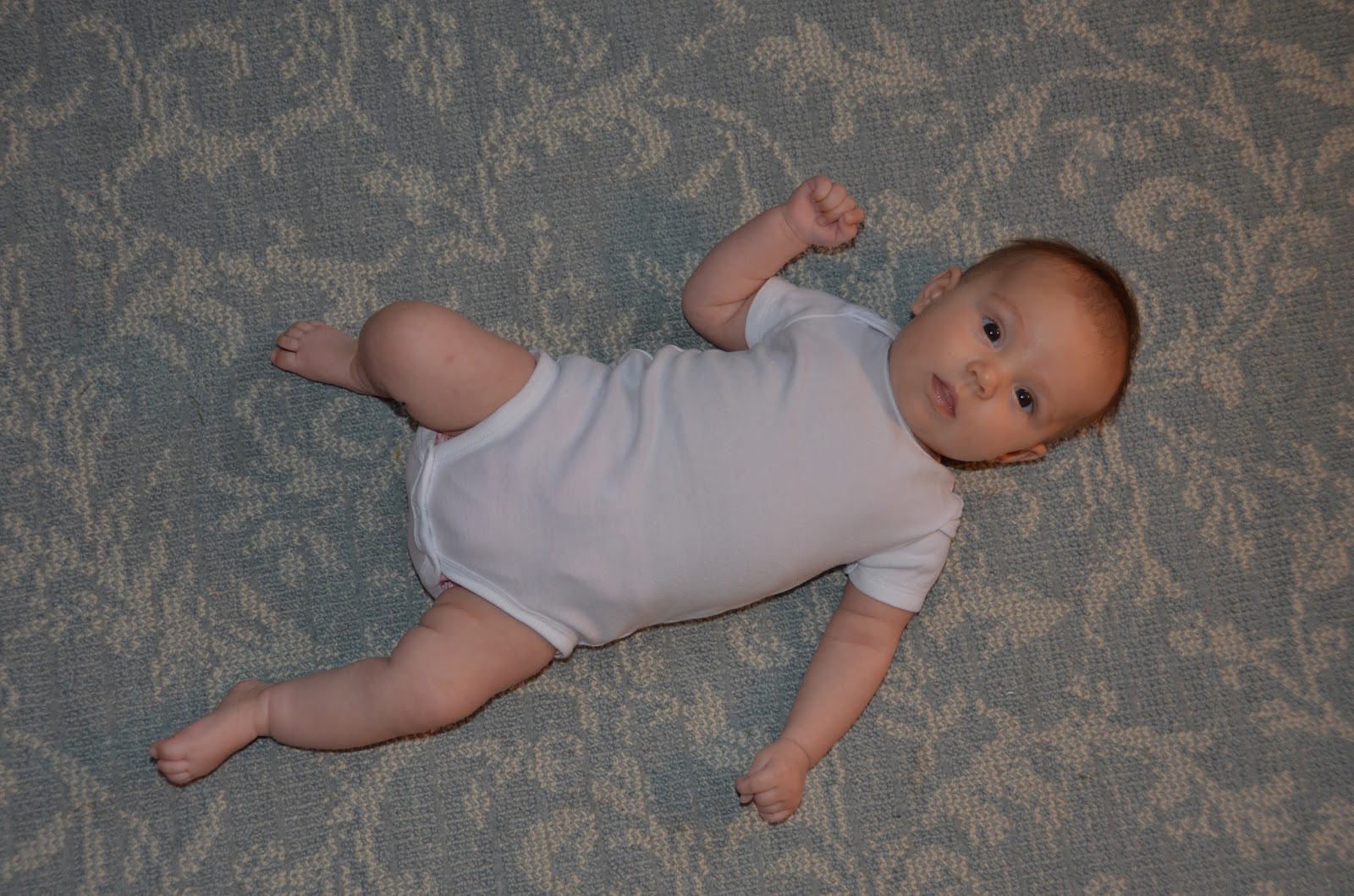 Weighing in at just over 12 lbs, by the time she turned two months old, Ree had rolled over once in bed, quite by accident of course, and surprised herself as much as she surprised us.  She was sleeping long chunks at night -- 4-6 hours mostly, plus one memorable 8 hour stretch in the beginning of July! -- making her Mama very happy.  She also was a champ at taking naps alone {as long as she was swaddled according to her ladyship's particular preference}, with at least one 3-4 hour nap each afternoon.  Hands free time to tend to the toddler!  Hurrah!  She transfers pretty well from nursing into the co-sleeper beside our bed now, too, so we're all getting good {well, as good as could be expected in any case} sleep at night for the most part.

During a couple of afternoons in late June, I accomplished every mother's greatest aspiration, and got both girls to nap at the same time.  Several times.  This was around 6-7 weeks postpartum, and I was feeling my energy returning and was just dying to get some yard work done, so I used those precious nap times to do just that.  The front yard now looks so much better than it did last summer {yes, those italics are necessary}, and it was totally worth wearing myself out and not being declared totally recovered by my midwife until Ree was ten weeks old.

Marie is a tall one, in the 98th percentile for length at her two month appointment.  Grow, baby, grow! Tall like Daddy.

She continued to hate her car seat with a passion well into her second month of life, but occasionally permitted a brief trip to the grocery store without screaming.  Thank you, little lady.

We introduced a bottle once, and she took it like a champ, and since then I've totally fallen off that wagon and failed with the oh-so-important follow-through of continuing to offer her one weekly or thereabouts.  Oops.  Hope she'll take one again when it's next needed.

When Ree was one month old, I looked back at photos of Nell at one month, and all those smiles, and remarked to Nathan that Ree really hadn't smiled yet.  At all.  And just when we were figuring she was going to be the introspective {unhappy?} second child who never cracked a smile... 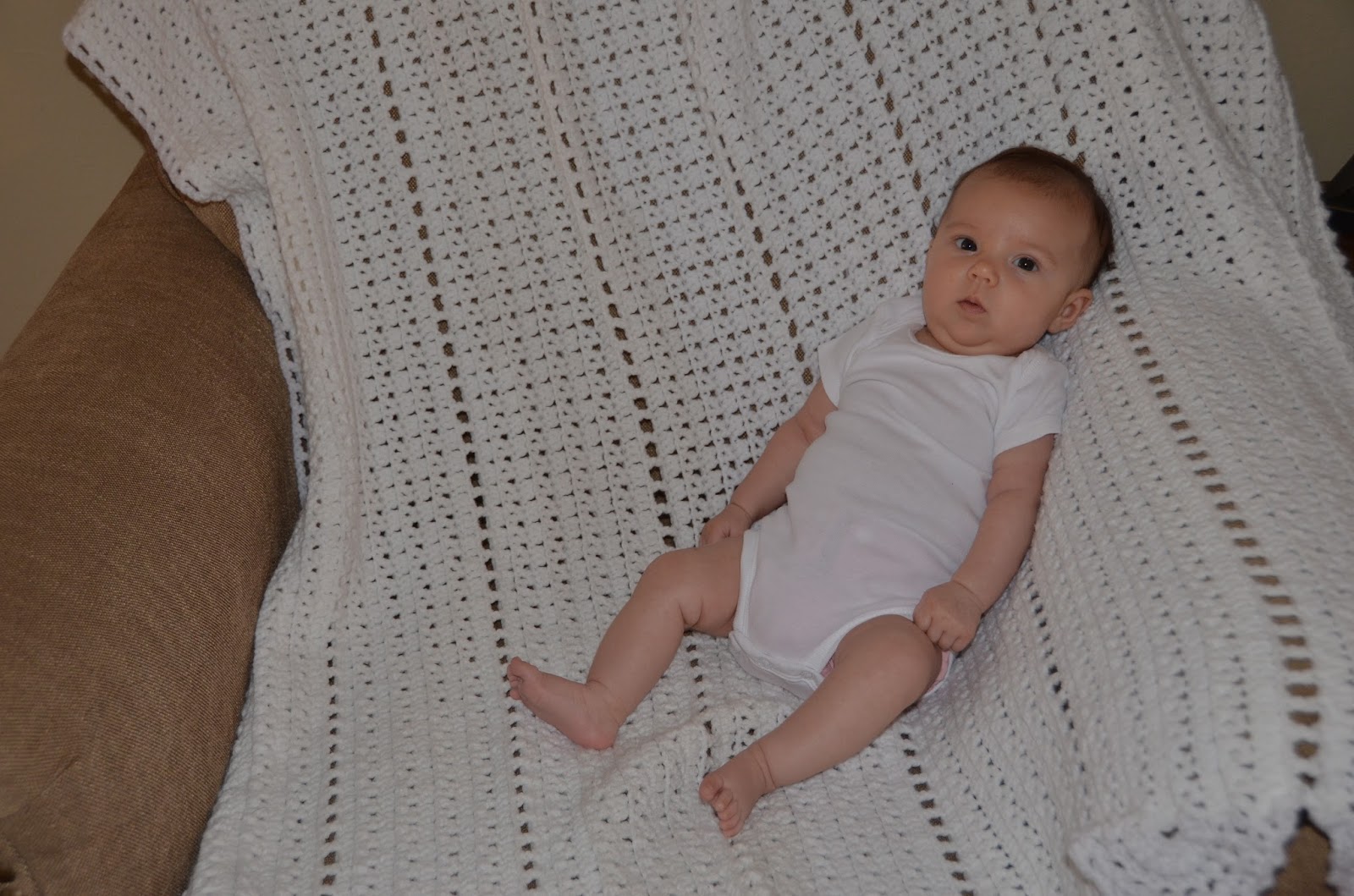 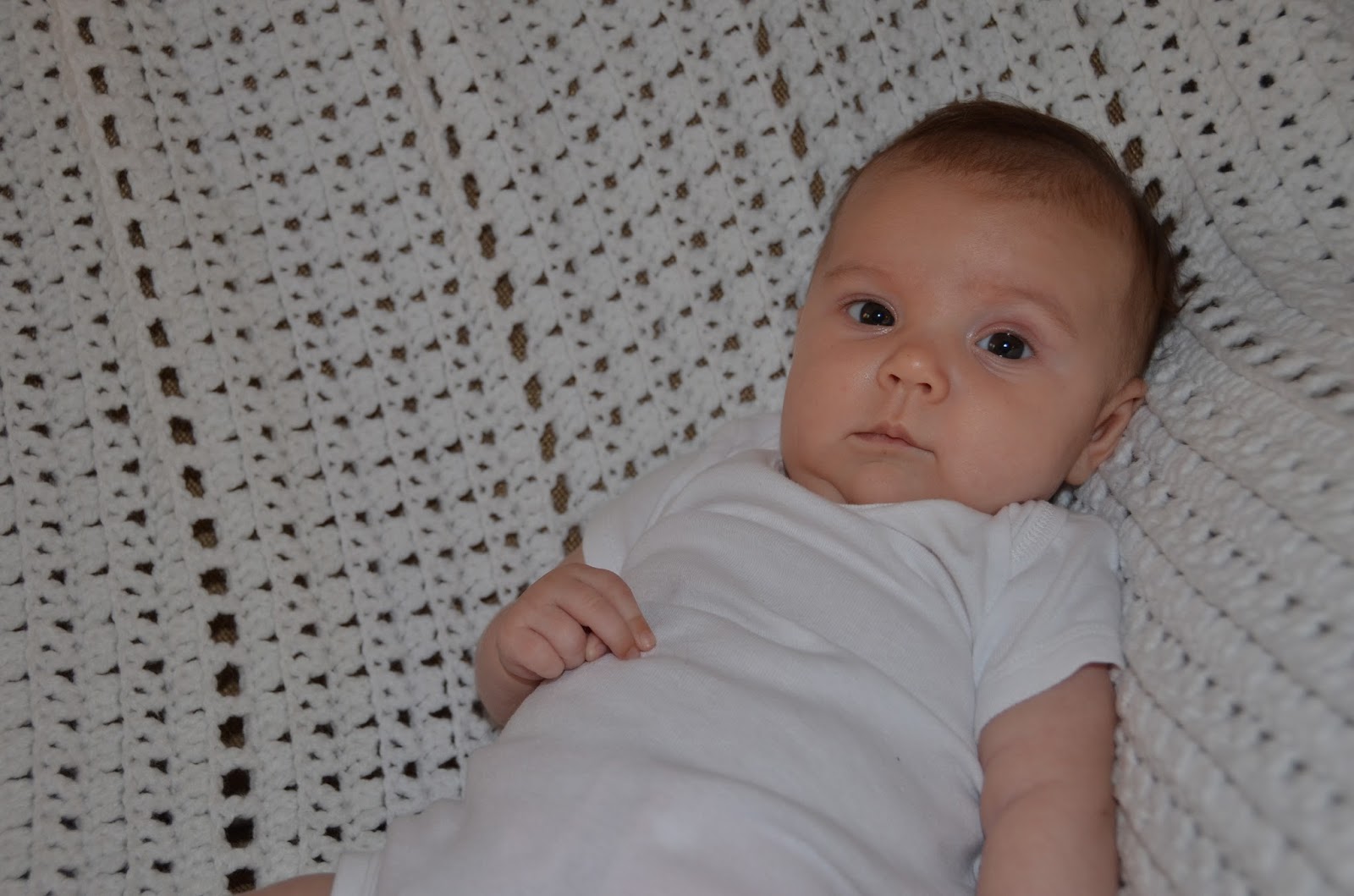 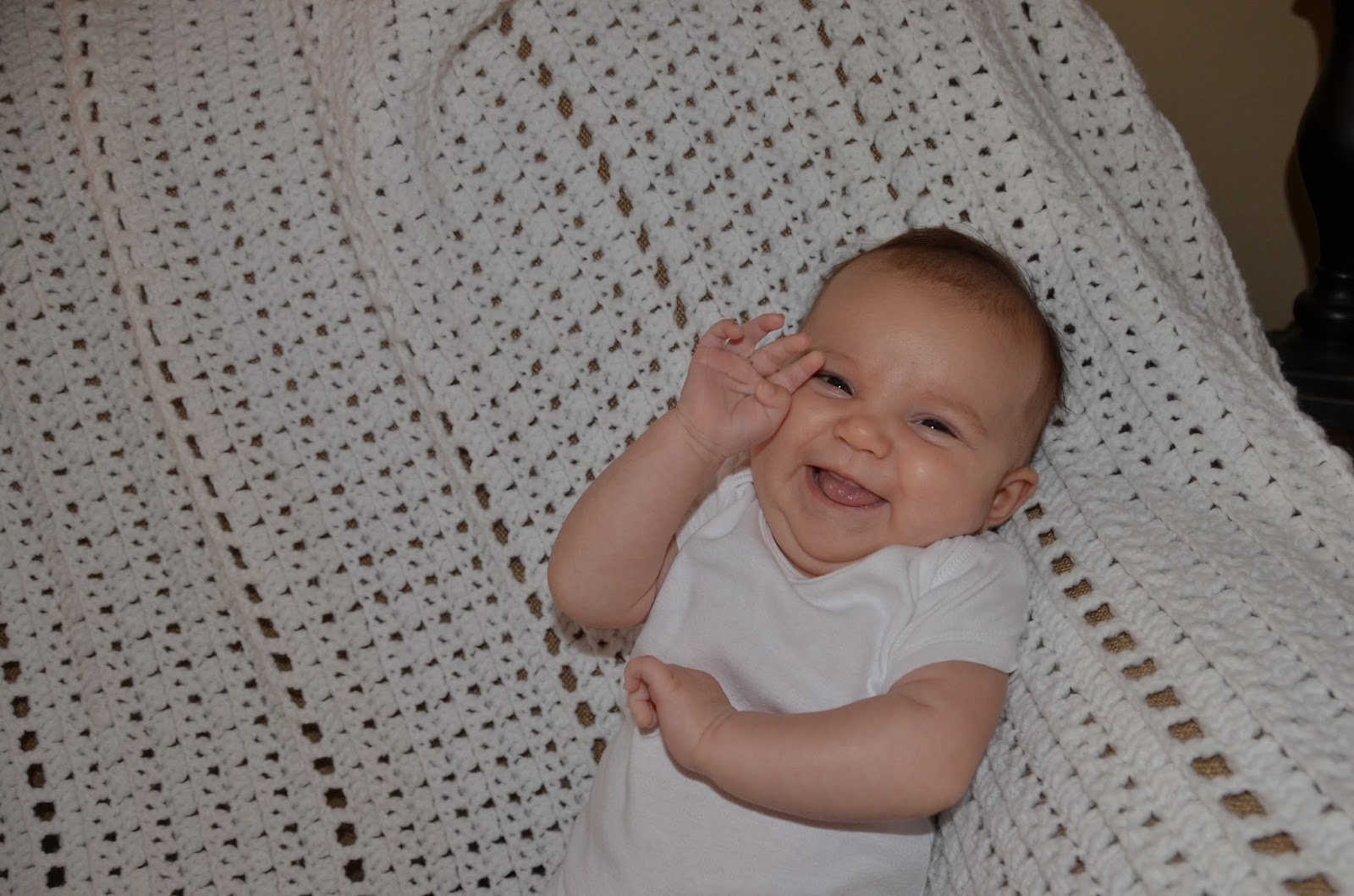 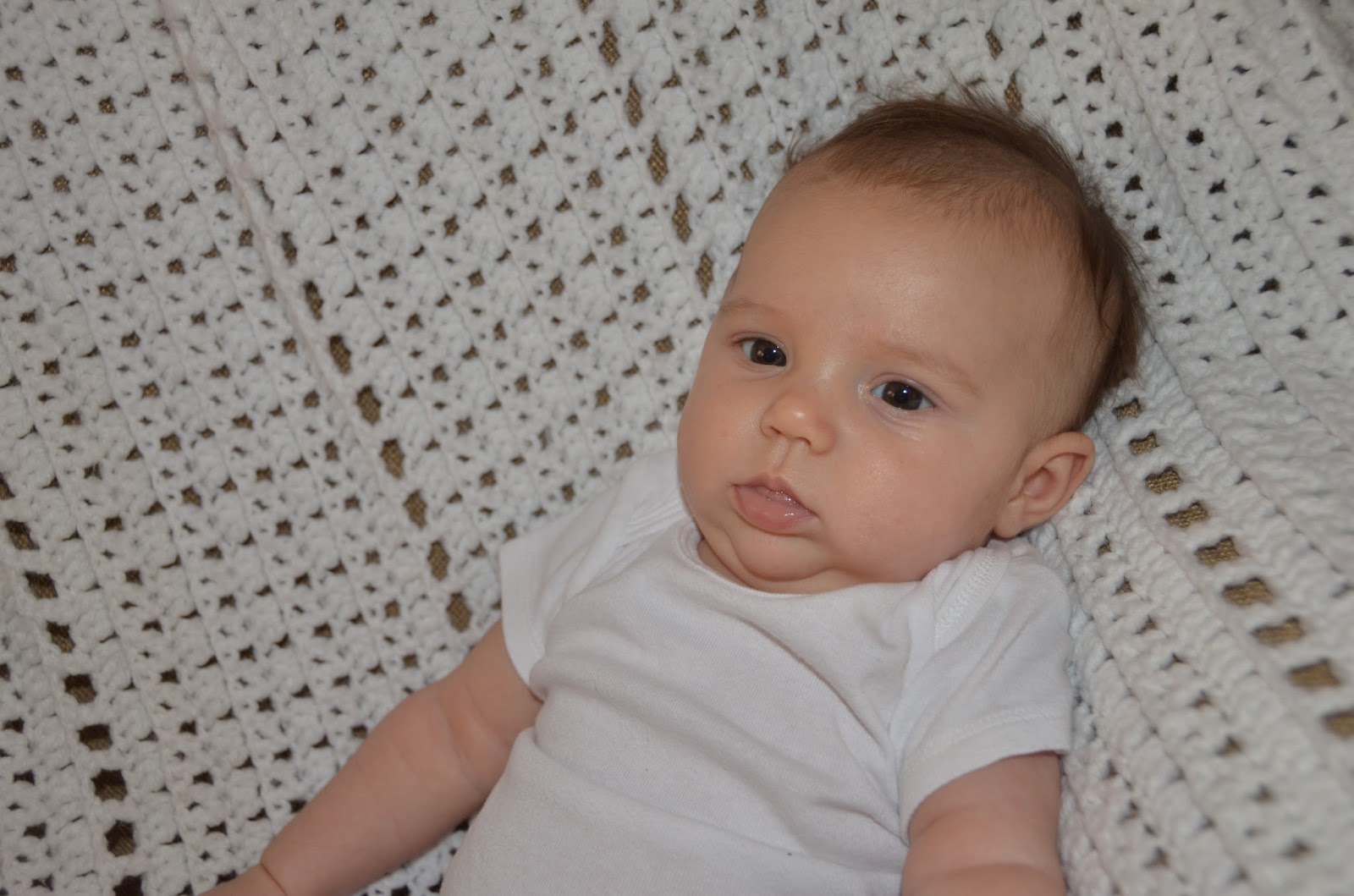 Actually, she started smiling a lot, wonderful smiles that involve her whole body, her little belly tightening and her arms flailing.  Oh I love that.

Her big sister dotes on her. 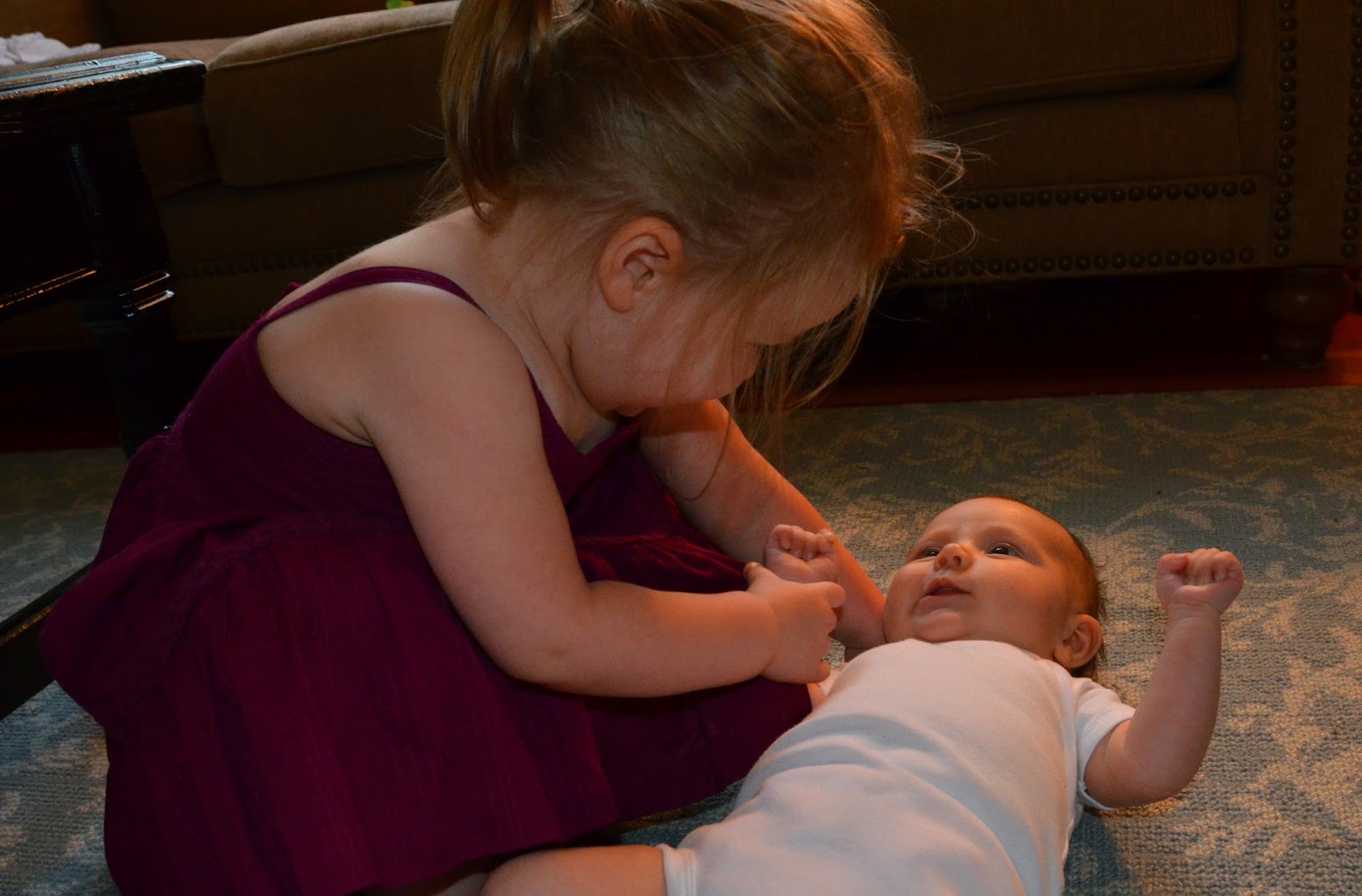 And while Marie seems at times unconvinced by the idea of being mauled hugged by a two-year-old... 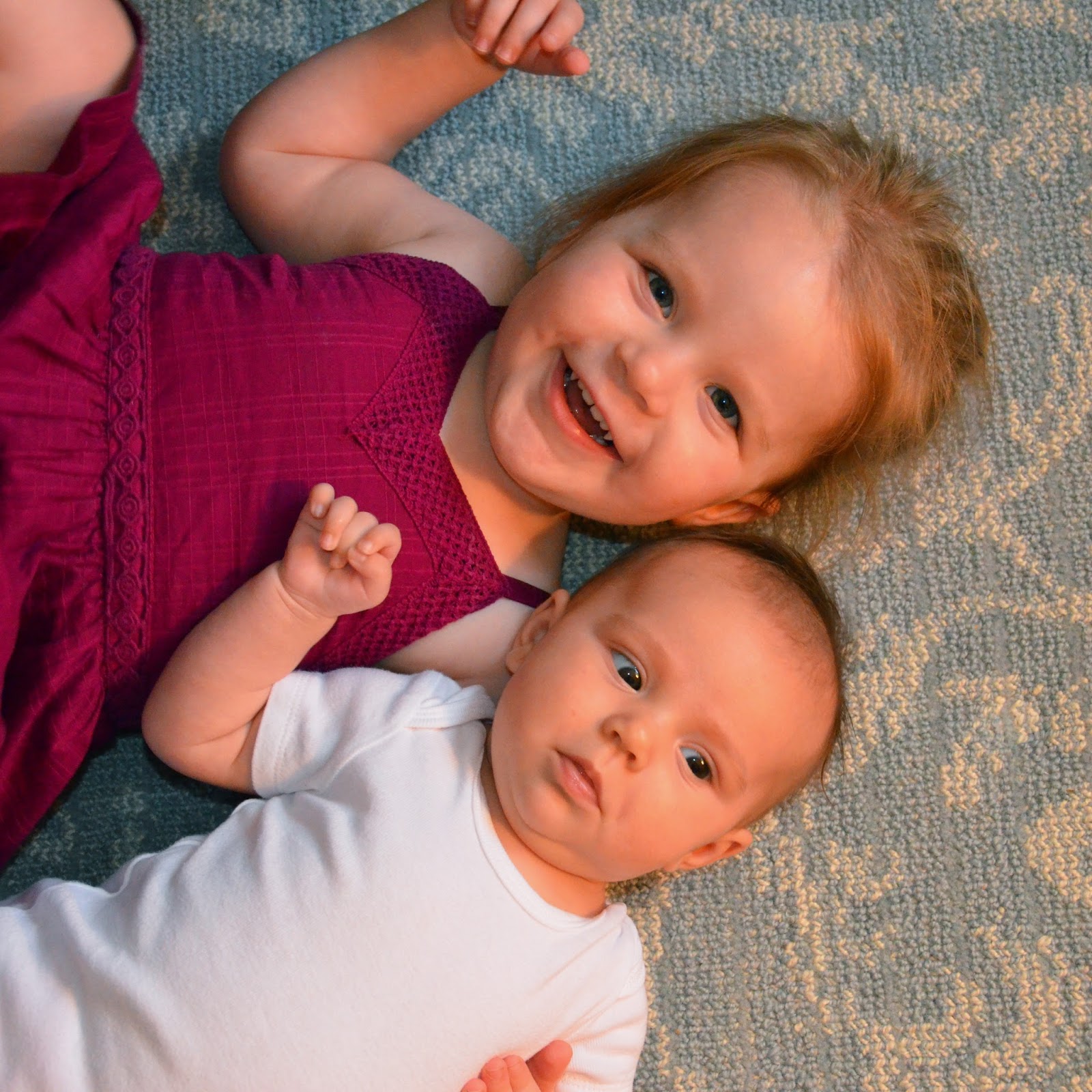 ...she also saves some of her very best smiles for that wonderful big sister of hers.

I am utterly, totally, completely addicted to the softness and sweetness of your cheeks.  I must press my own cheek up against yours at least fifty times a day.  No exaggeration.  I'm convinced that if this cheek-nuzzling euphoria could be bottled up and sold, it would be the antidote to everything wrong or broken in the world.  It's perfection.  You are perfection!  We love you.