the reasons my toddler was crying on the plane

We boarded around 5 pm, with crayons and snacks and toys in hand, and hoped Nell would drift off blissfully around 7 and remain asleep for the next four hours.

Well, as you're probably guessing, she had other ideas.  I don't just mean happily staying awake.  I mean miserably staying awake, crying and fussing about everything, turning heads all around us, and leading me to wonder if those little airplane windows could be broken and if so, if I could jump out of one.

So, because someday I want to laugh about this whole experience, I now present:  Reasons My Toddler Was Crying on the Airplane.

...And probably a few dozen other reasons I've already forgotten.

She finally drifted off around 9 pm, by which time I really needed to use the restroom, but I dared not move a muscle until that flight landed, and I learned that even at seven+ months pregnant, given the right motivation, I could sit there and hold it, because... desperate times and all that. 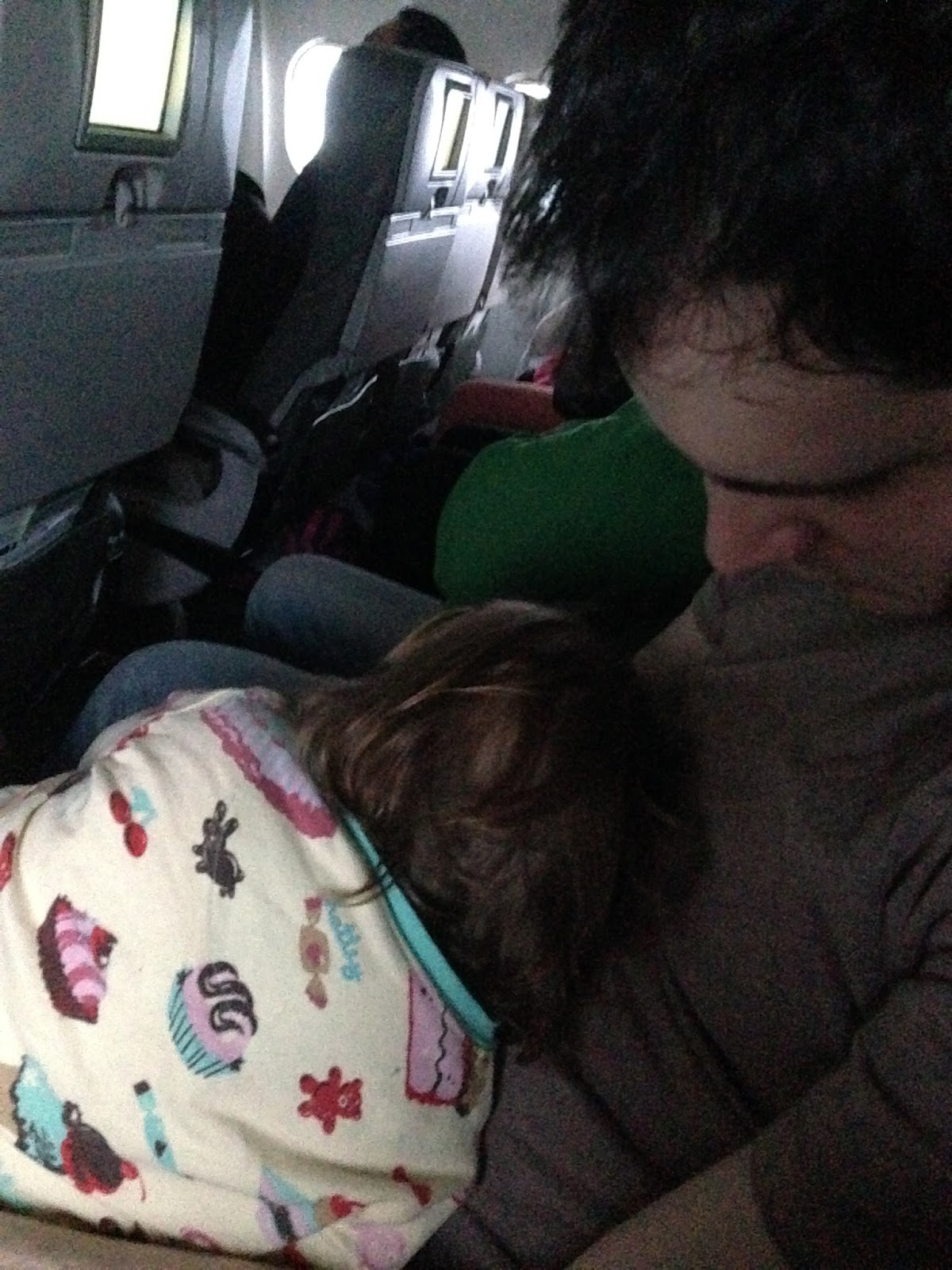 {This picture was actually snapped on the return flight, when she managed much better and even let Nathan hold her for part of the flight.}

And finally, the top two reasons my toddler was crying on the plane:

2) Flying is a wretched experience, even if you're old enough to deal with it maturely.  Which, I have learned, I barely am.

{If you were on our flight and think you may have seen a stray tear slide down my cheek, and you wondered why I was crying, well, see above.}
Posted by sarah marie at 7:34 PM