Back at the end of June, my vegetable garden looked like this: 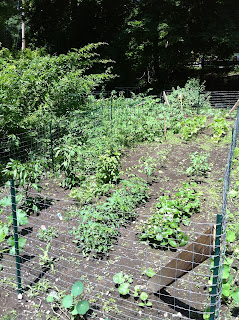 Today, it's a jungle! My zucchini, buttercup squash, and delicata squash are taking over, cucumbers are crawling all over the place, and my cherry tomato plants are outgrowing the nice wooden cages Nathan made for me. 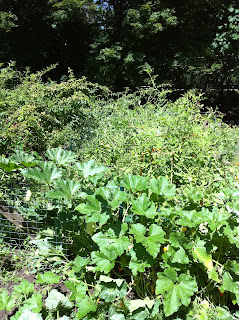 I think next summer I'll try to expand my garden space by about 50%. If I'm able to do that, I probably won't even get a CSA share next year - I'll be able to grow so much a farm share would be redundant.

I've already harvested tons of zucchini, some delicious green beans (although next year I'm going with pole beans rather than bush beans, I think, for hopefully increased yield), okra, several varieties of tomatoes, dozens of cucumbers, quite a few green peppers, and herbs.

I have a total of twelve tomato plants: six heirloom plants I got from my CSA share, three cherry tomatoes, and three other varieties - an Early Girl, I think, a striped yellow tomato, and another kind I don't recall the name of. 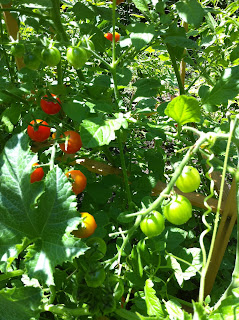 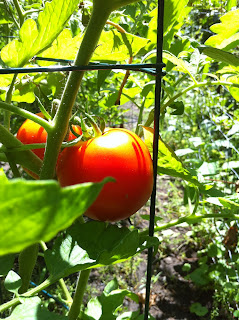 My delicata squash seem to double in size every time I turn my back. I've never grown these squash before, so I'm not quite sure when to harvest them, but some of them are looking like they'll be ready soon! 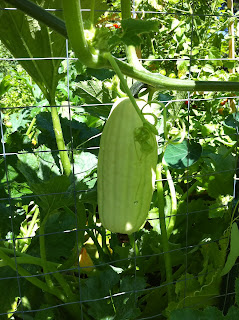 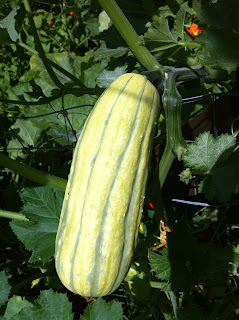 I'm even growing watermelons, although these are actually planted outside of the garden, on a little slope alongside the house in the backyard. 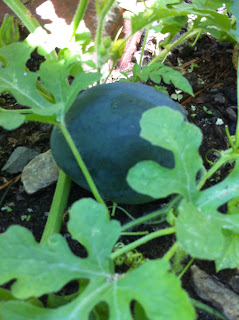 My green peppers are crisp and delicious - next year I'll have to plant more than two! 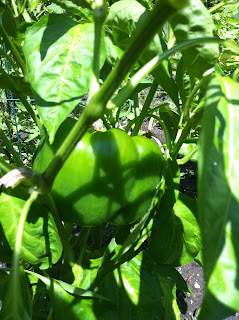 If you've never tried okra, you're really missing out. I'm only growing four plants this year, and this is another crop I'd like to grow more of next summer. I like to include okra in my summer kebabs; it's really tasty grilled alongside zucchini, yellow squash, cherry tomatoes, onions, and peppers. 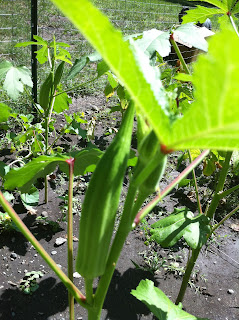 My broccoli plants are still in their early stages: 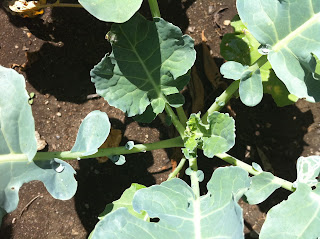 And growing around the fence outside of my garden I have beautiful nasturtiums my parents helped me plant when they were out visiting in the spring! 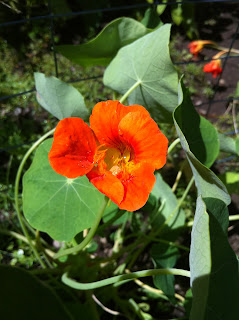