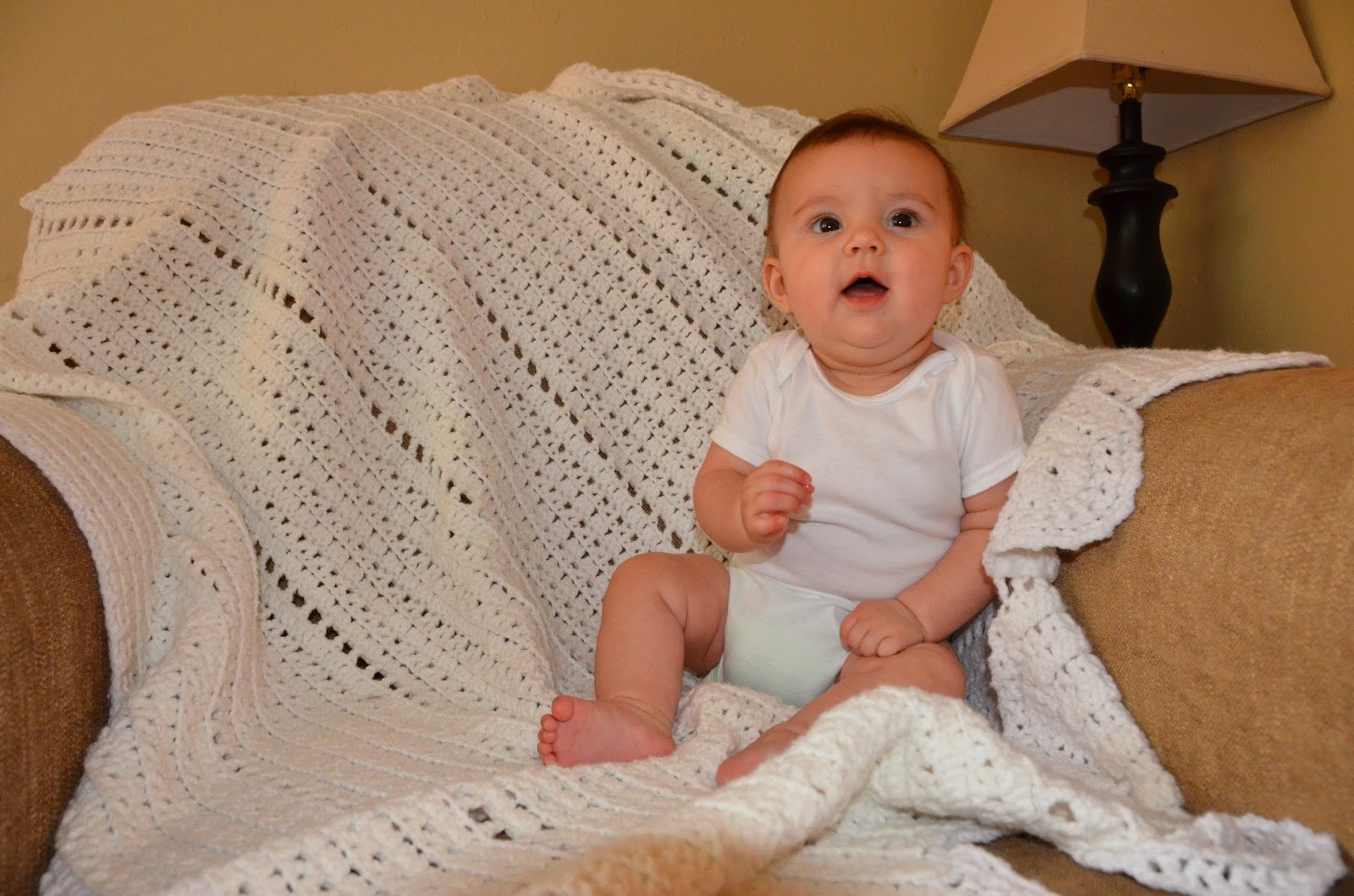 Memories of Miss Marie at four months old have been taunting me from their various locations: a scrap of paper, a note on my iPhone, a blog draft left unfinished.  Time to remedy that and get caught up on chronicling this girl's growth! 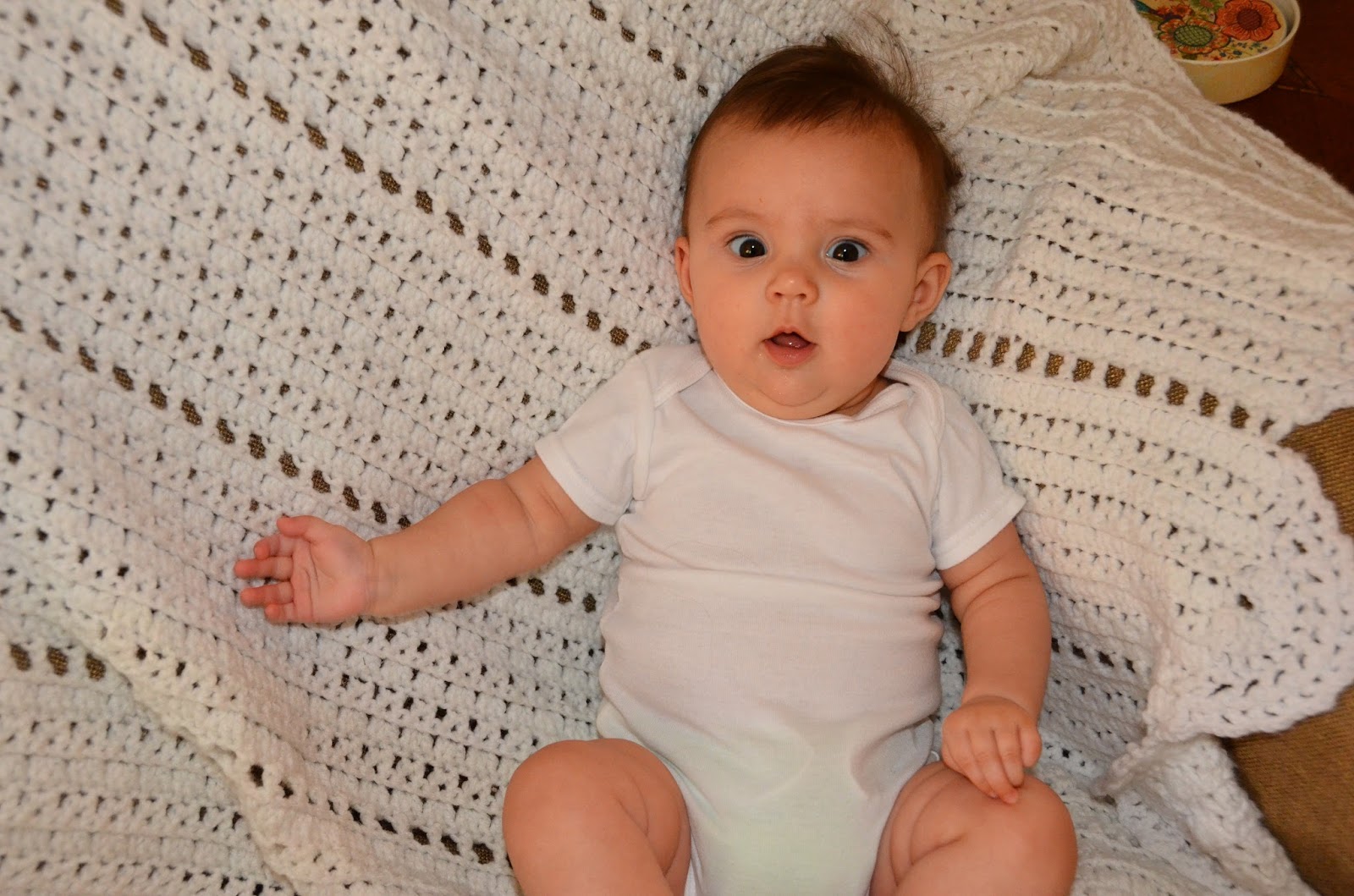 Around three months, this baby girl was taking a nice long nap at least once a day, in addition to a few shorter ones.  Nicely and predictably.  I'm talking 3-4 hours long.  Yesssss.

And then around four months, she wasn't anymore.   Just shorter ones.  Not quite so good in terms of me getting things done.  But we kept loving her anyway.

She was rolling from her tummy to her back lots. 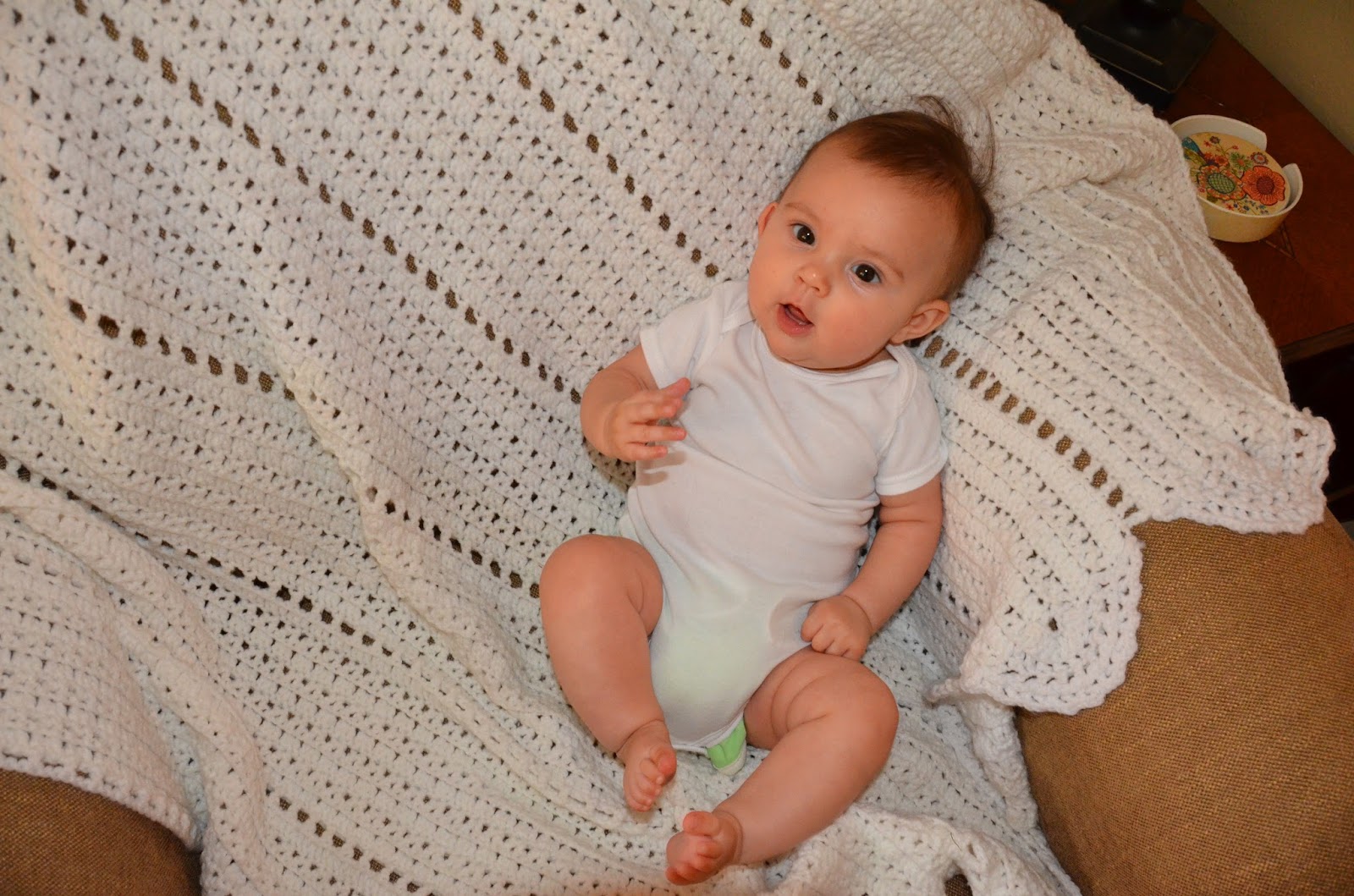 And she finally started taking a pacifier.

Pacifiers!  I go back and forth on whether I think they're awesome or a crutch that will become a difficulty in the long run, but with my work schedule picking up again in September, I figured babysitters and Daddy needed some options at their disposal.  So, enter the pacifier.  Previously disregarded by Ree, she decided it was actually a reasonably nice thing to have. 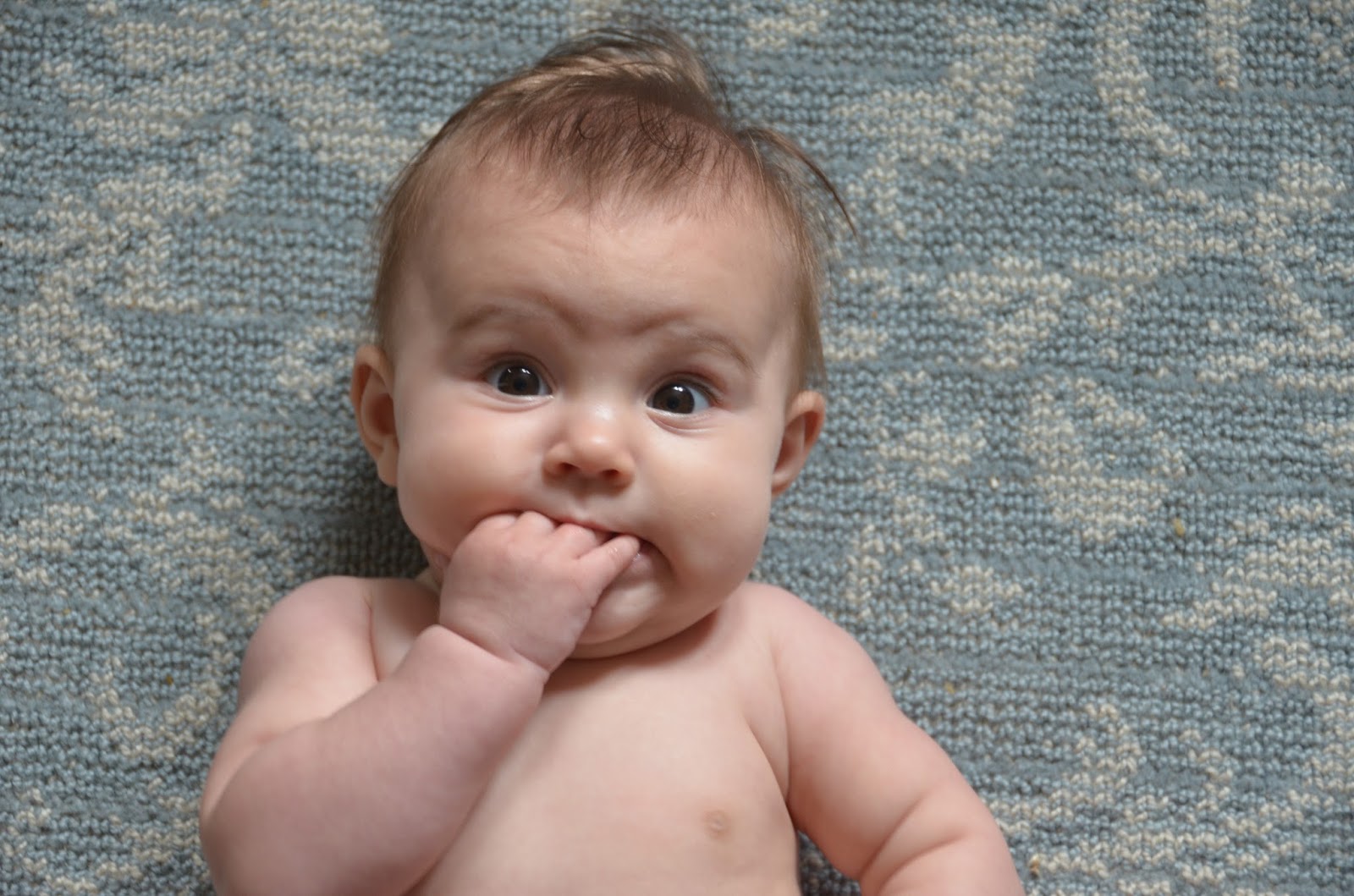 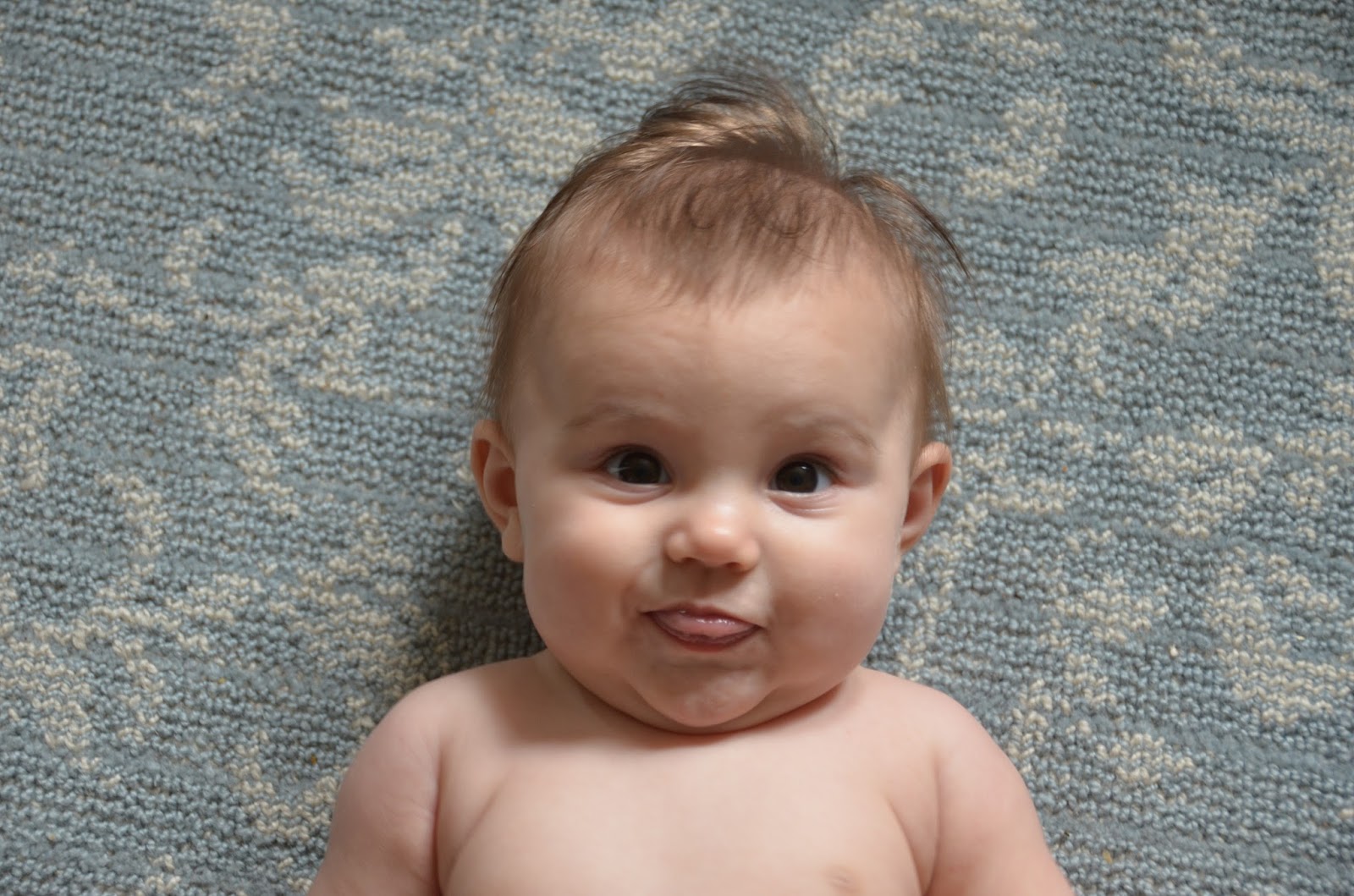 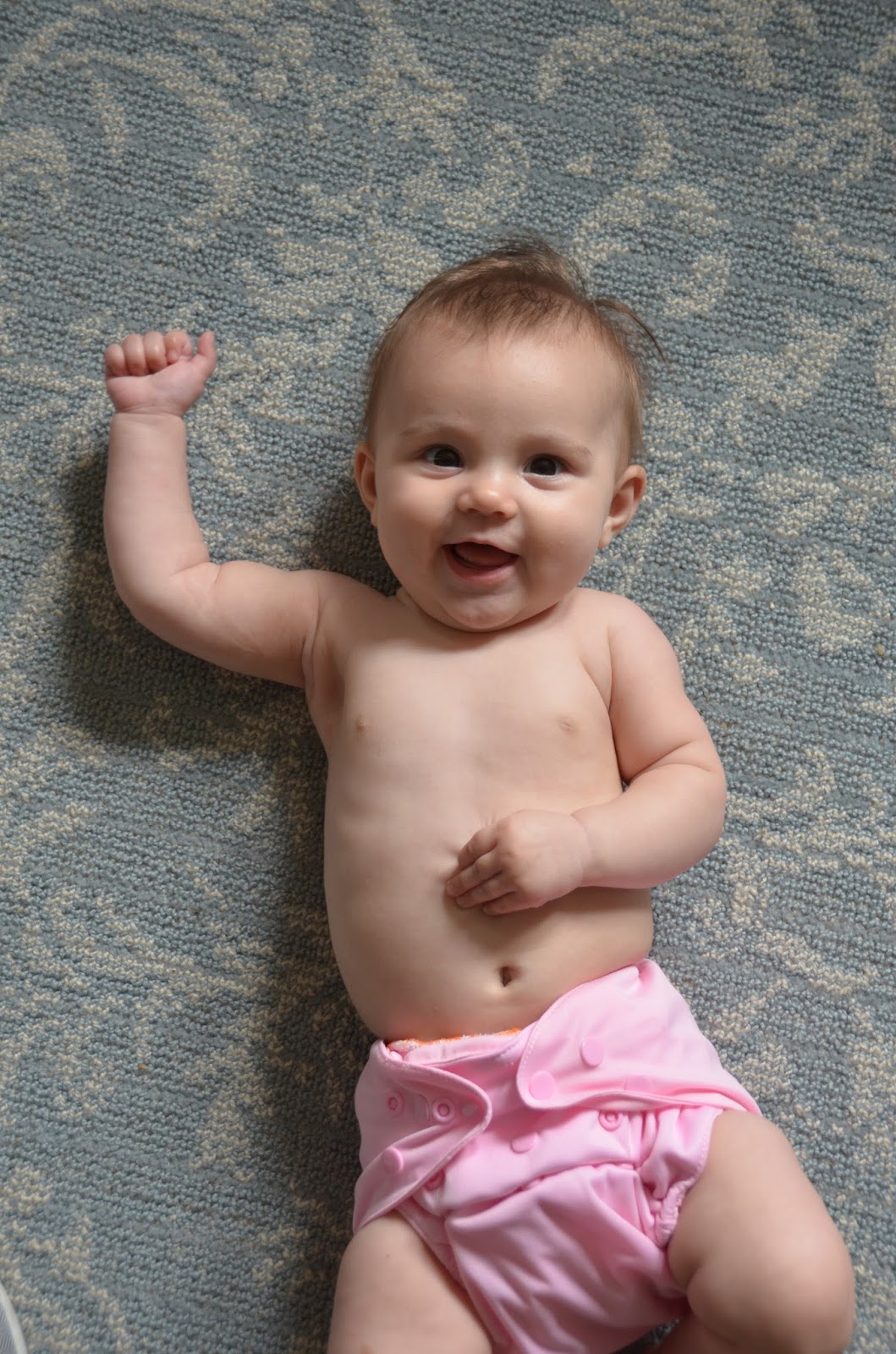 being left alone for even a moment
nicknames:

And then there's "Murray," which is how Marie comes out when your two-year-old says it continually with the emphasis on the wrong syllable.  So sometimes I like to go with that one.

"Ba-by Ree! Ba-by Ree!"  It gets chanted around here a lot - particularly by the enthusiastic and doting big sister - and is always met with a big grin from the recipient.

* * *
And that was our finger-chewing, drool-dribbling, coo-emitting Ree girl at four months of age, more or less.

{I probably wrote down somewhere how much she weighed at her four month checkup, but I don't remember and I can't find it.  Maybe my friend Cara, who remembers such things -- yes, even about other people's kids -- will comment and tell me.  I think it was 14ish pounds!}