Today was a pretty average day.
I fried three eggs and toasted three slices of homemade sourdough bread for Nathan, then scrambled an egg for Nell.

We read books and played with a ball.

Nell pulled herself up on her chair all by herself, to a full stand, for the first time. 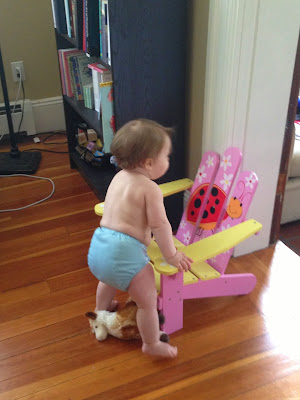 We went outside and looked at flowers.

We saw a bunny on the grass.

We ate blueberries in the sunshine.

Nell took a good morning nap, but then refused her afternoon nap.

Eventually I gave up, and we headed out the door to do errands, including a trip to Target. 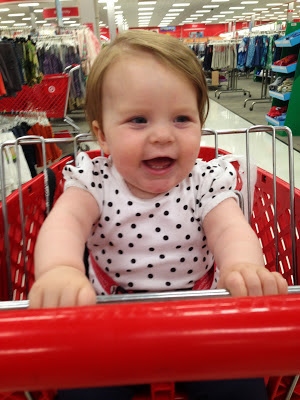 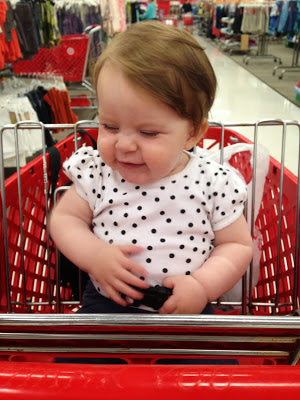 And it was in Target that we stopped in front of a mirror, and Nell pointed at herself and said, "Ba ba." We've been looking at babies in picture books lately, me saying, "baby," and Nell echoing, "ba ba."  So, thinking she might be saying "baby" about herself, I replied, "Yes, that's you, that's baby Nell!  Baby!  And there's Mama, too." And then, having taken a very long hiatus from making the nonspecific sound "ma ma" that she used to make, she suddenly pointed at me in the mirror and said, clear as day, "Mama."  And then did it again.

And that is how I found myself standing in the aisle of Target feeling dangerously close to tears this evening.

Maybe not such an average day after all.