the good things in life lately 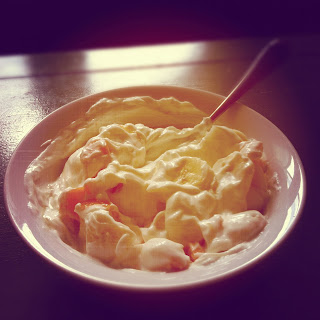 They opened a pinkberry north of Boston, hurray! 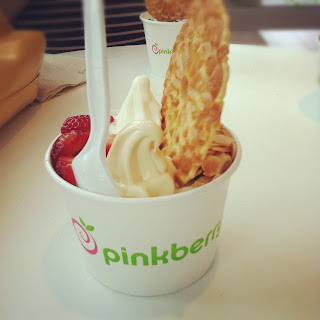 {It actually opened just after Nell was born, but I've only been twice so far.  I know... I'm surprised too.}
Raspberry crisp.  Om nom nom. 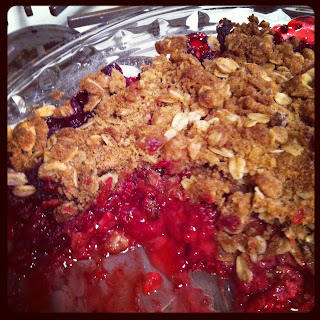 I told myself I'd do a post without any pictures of Nell, just to mix it up a little around here, but who am I kidding?  Anyway, otherwise you'll think all I do is eat sweets, as the above photos represent a somewhat unbalanced perspective on my daily eats.
Speaking of eating, it's one of the things this baby does best.  At six weeks old (last Tuesday), she weighed about 12 pounds!  Look at those rolls on her arms!
{See how I did that segue there?  I can turn any topic around and make it about my baby, before you even know what hit you!  Wham!  It's like six degrees of separation around here.  Or more like one or two degrees; I'm that good.} 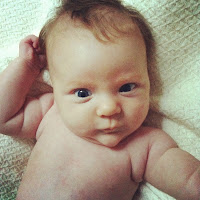 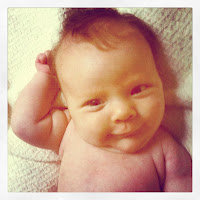 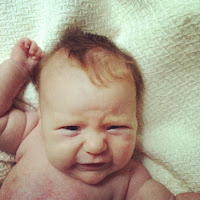 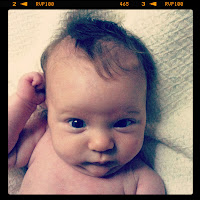