I tried to make up for the fact that I totally forgot to take pictures of Ree at 5 months old by capturing some stellar (?) expressions at 5.5 months, when I suddenly realized how old she was one day. 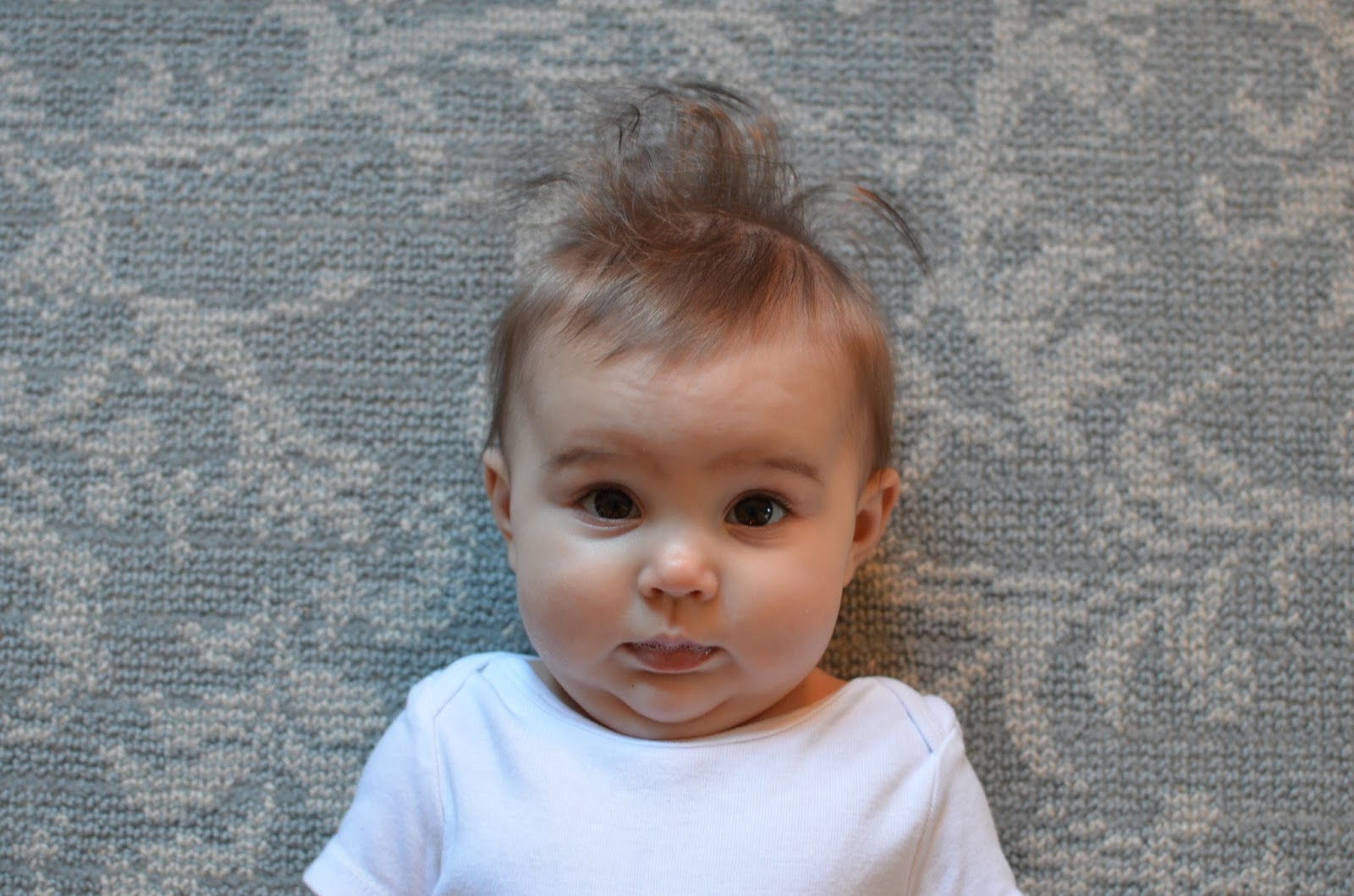 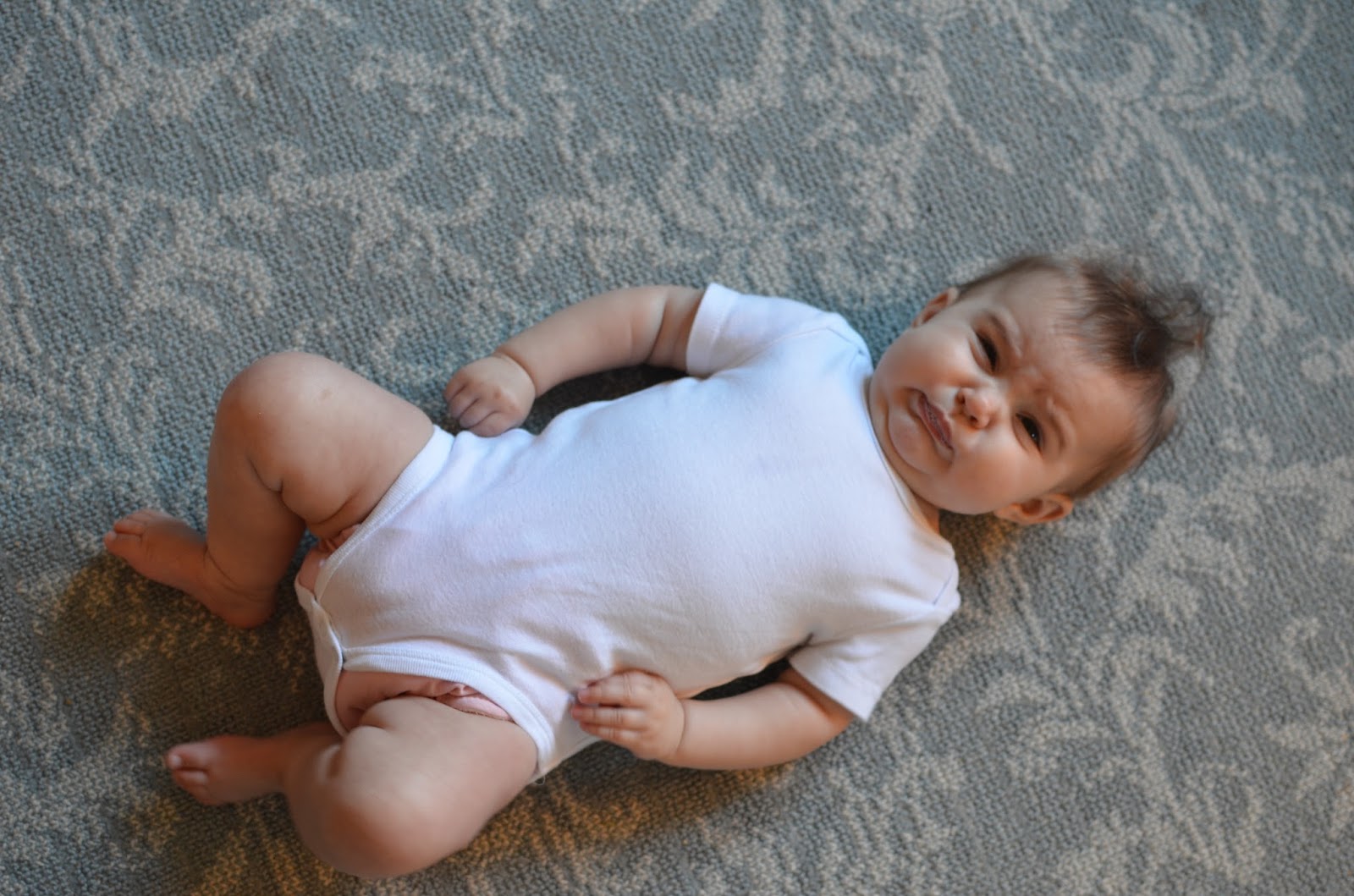 Oh... she was capable of cute smiles as well as funny expressions, too. 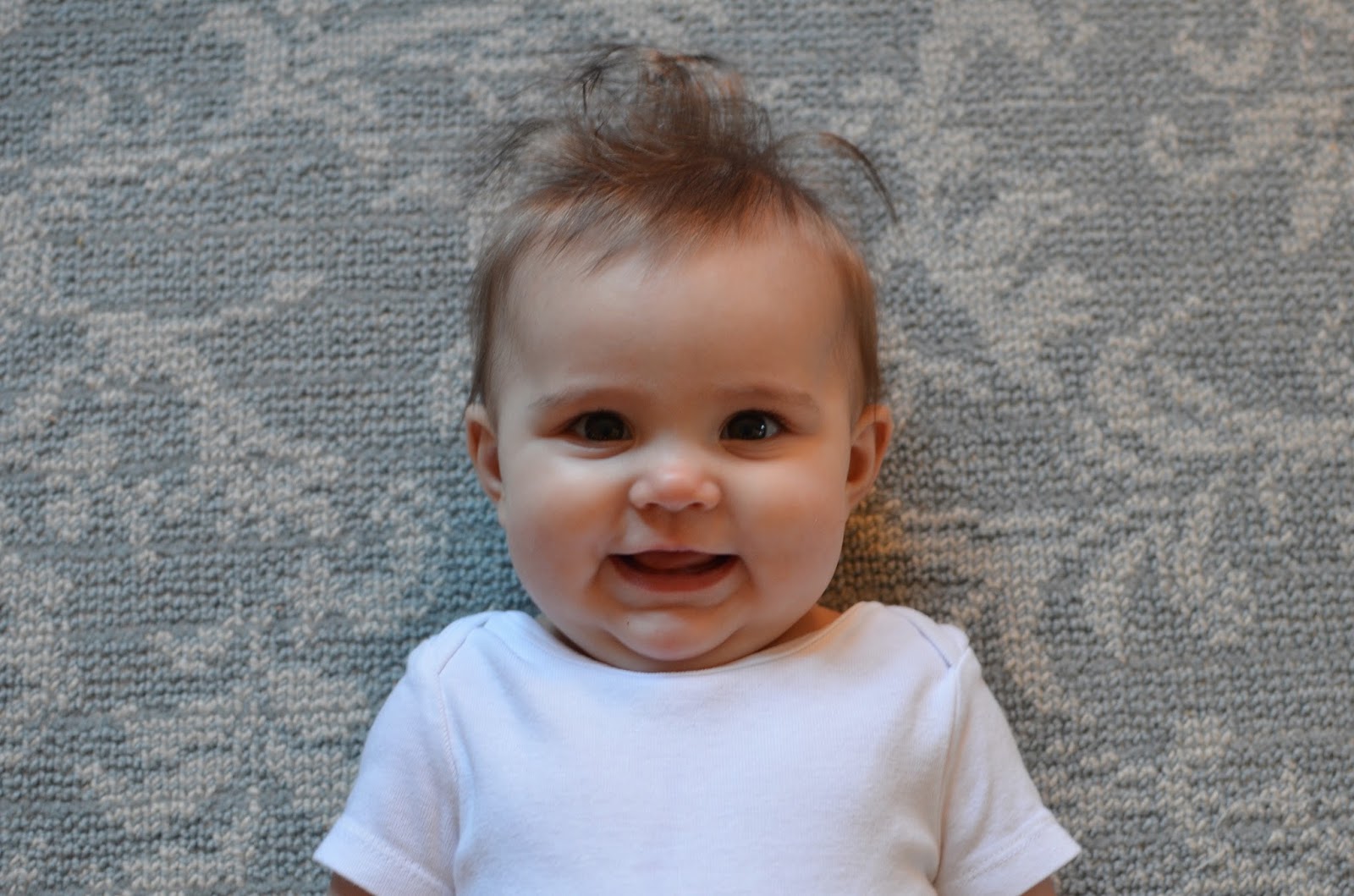 The top of her hair has been growing and growing... sometimes lending what our friend Cara thinks is a "Who-ish" look to our little girl. 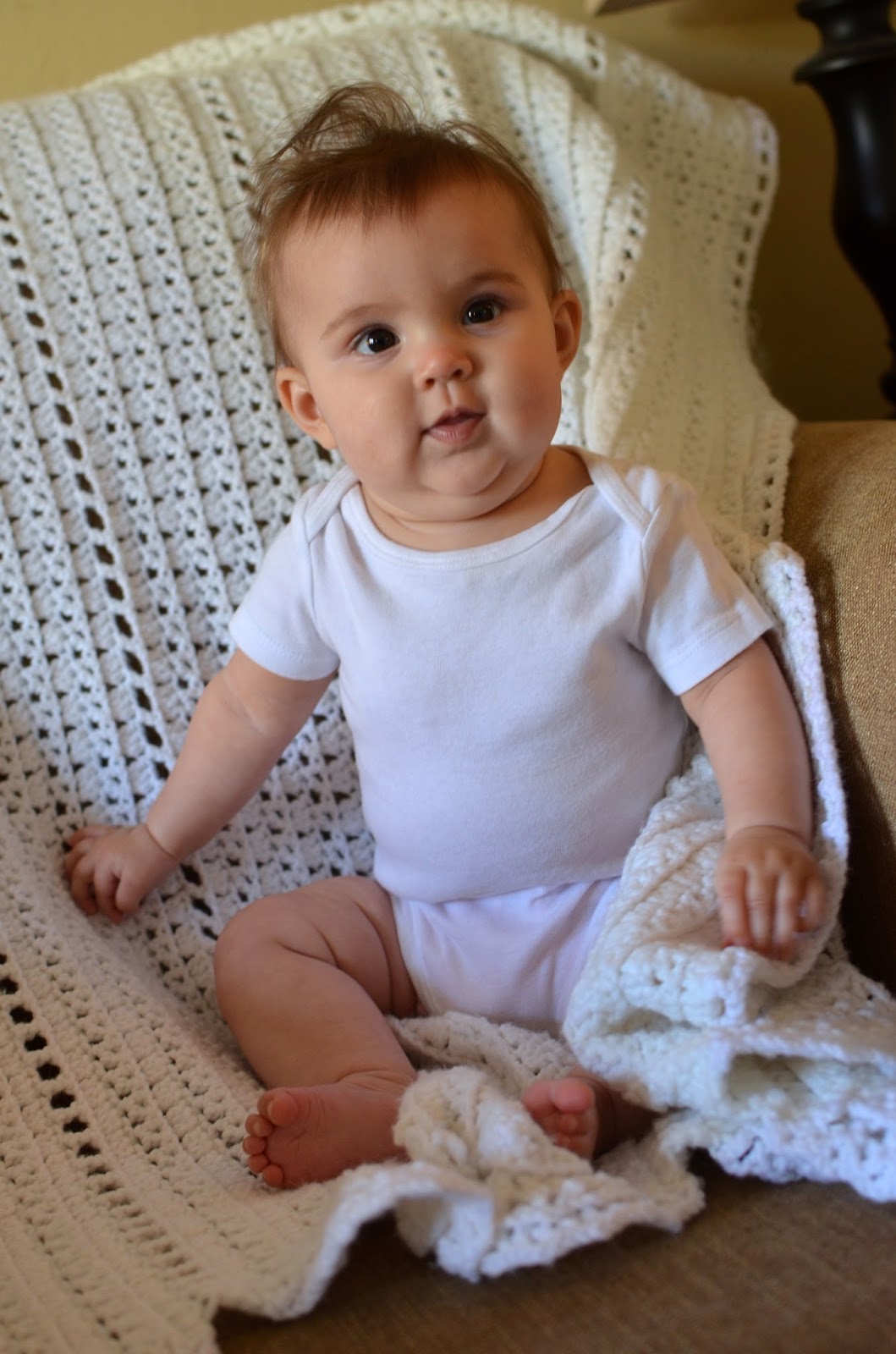 "Who are you calling a Dr. Seuss character?!" 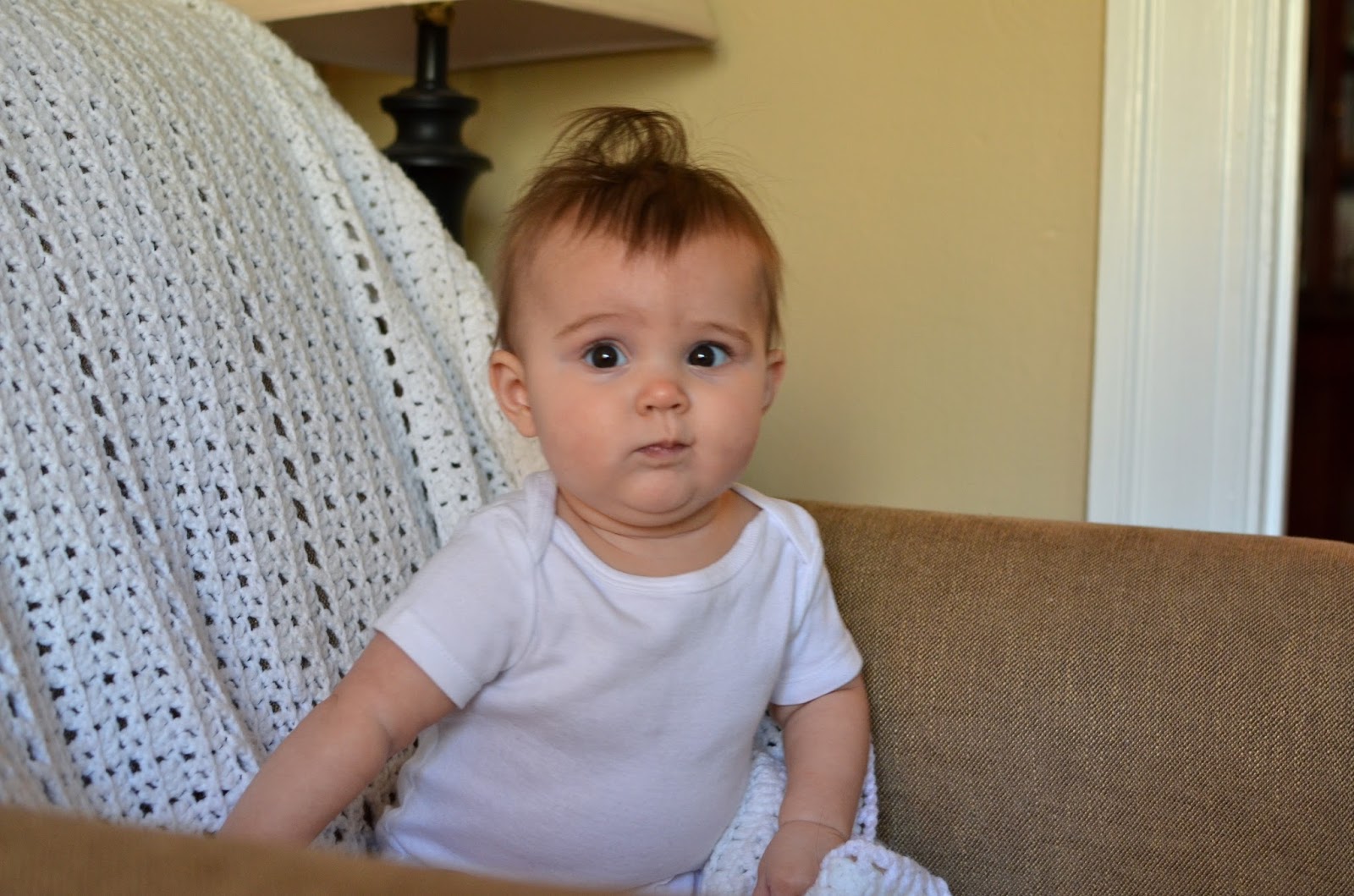 By 5.5 months, when I got around to taking pictures, she was sitting up! 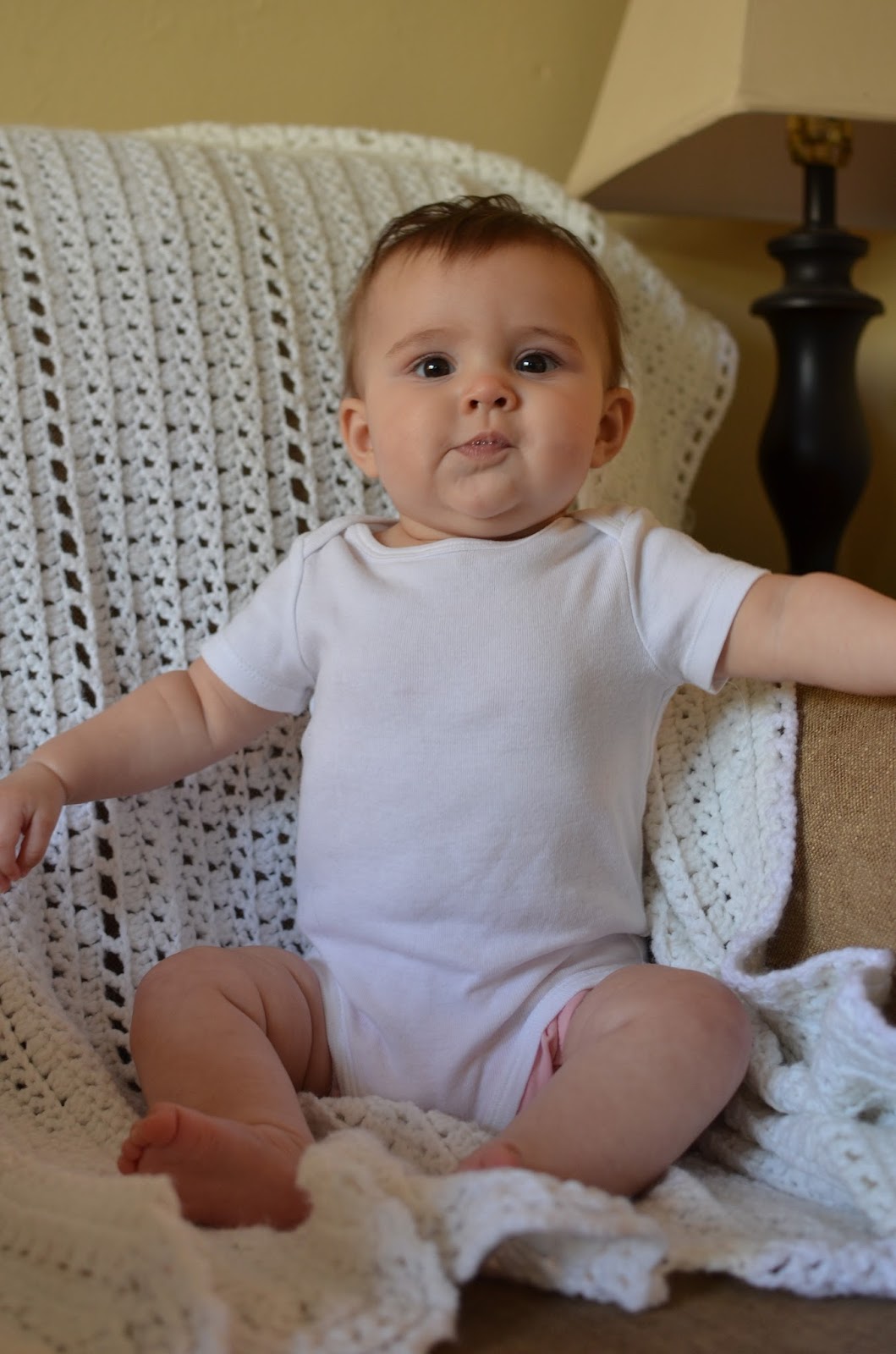 Since she was picking things up and holding them, I remembered that these things called baby toys exist.  And that they were all packed away from when Nell was a baby.  I brought out a basket of them, and they've been a big hit.  Granted, she'd prefer a piece of paper to chew on, but she'll settle for rattles, teeters, and Sophie the giraffe. 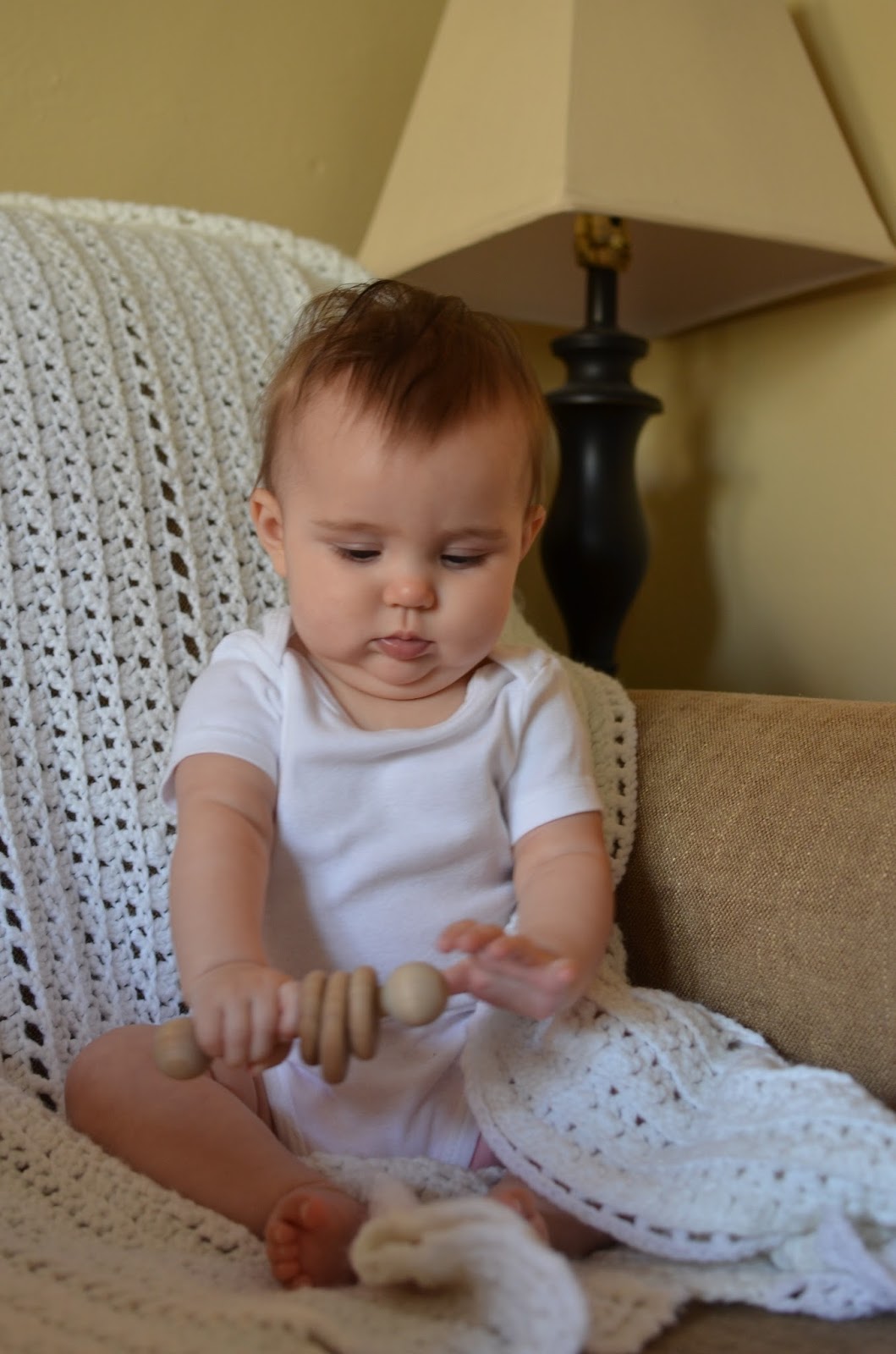 The only thing better than an object in hand?  An object in the mouth, of course! 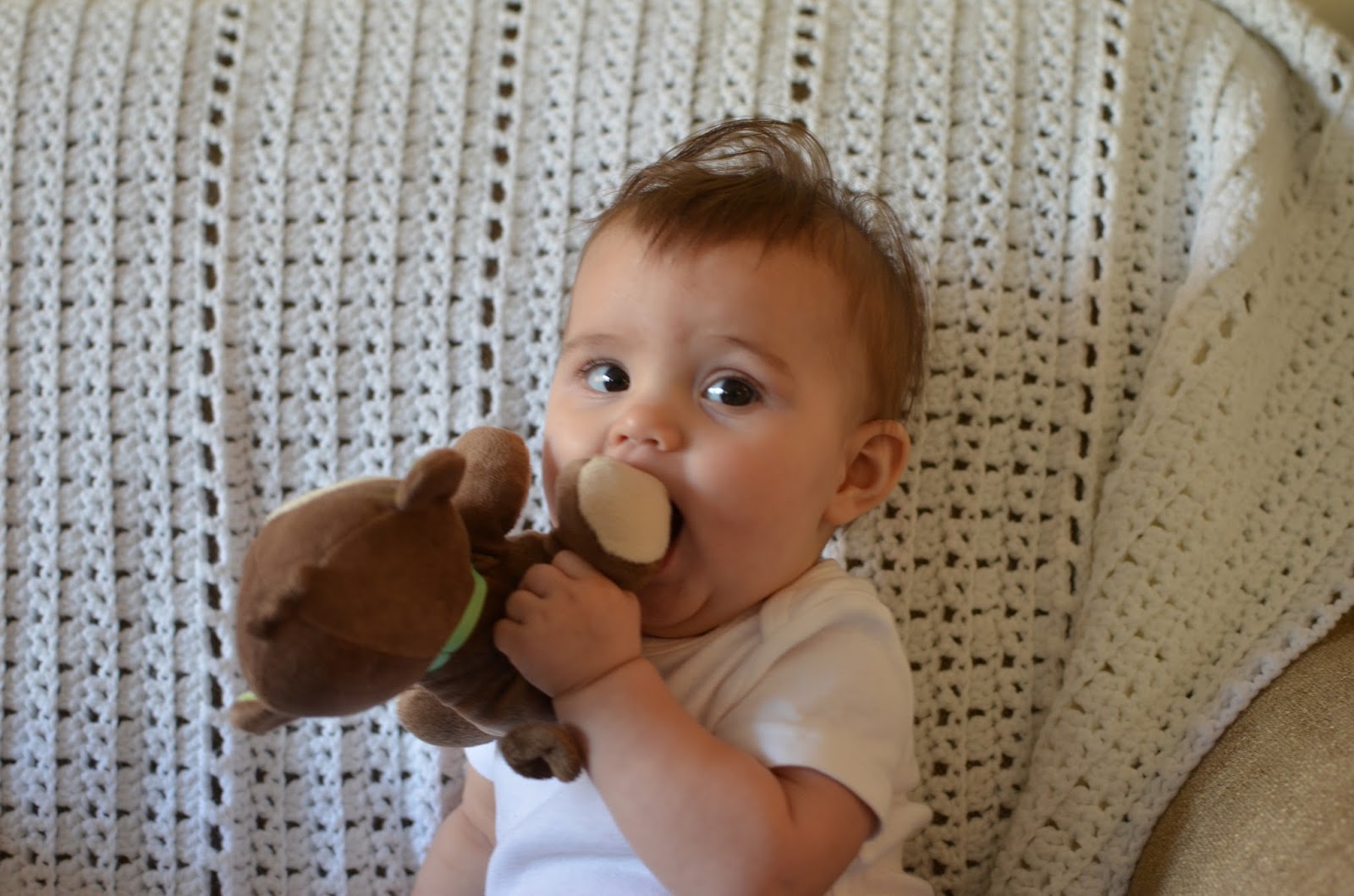 Nell gets a little concerned, saying, "No Muwwee, don't eat it!" at least a dozen times a day.

At five months old, Ree could put herself to sleep a reasonable portion of the time, if swaddled.  Pacifier also appreciated.    Since she was rolling back to front as well as front to back, I freed one arm from her swaddle so she wouldn't find herself face down and helpless.  Unfortunately, the free arm could flail and knock the pacifier (known around here as a "dubduh," an early Nellism) out of her mouth, but she was far from possessing the coordination to put it back in, especially not in a half-asleep and upset state.  I halfway solved this by wrapping her free arm around a stuffed lamb to keep it occupied.  It worked, some of the time.

Nell is quite sweet for the most part when it comes to Marie's nap times.  She can play quietly by herself while I put Ree down, and when we're struggling in the sleep department, Nell is always good to echo some of the things she's heard me say time and time again: "Go to sleep, little pumpkin!" and "Gah-gay ("It's ok") Muwwee, Mommy get you!" being chief among them.

Miss Marie, you are lucky to have a big sister to look out for you!

{Mine still looks out for me when I need it, even at 31 years old.  It's not a bad situation at all.}

Email ThisBlogThis!Share to TwitterShare to FacebookShare to Pinterest
Labels: marie, Ree, Ree By The Month