Day 3 of our anniversary trip started with breakfast at James Brown's Place, a diner in Rochester. (Again, found thanks to Yelp.) Nathan had two servings of Eggs Benedict - one with ham and one with bacon. I had one order, modified from menu offerings to be: English muffin, cooked spinach, black beans, poached eggs, and hollandaise sauce. Delicious. 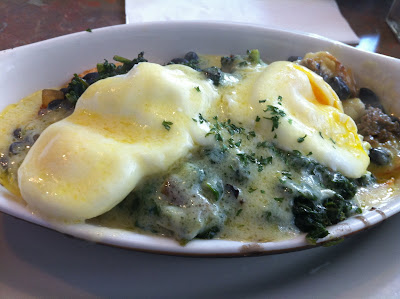 [Photo taken with my iPhone]

After breakfast, it was off to the George Eastman House, where we spent the day touring the house mansion, viewing the current rock 'n roll photography exhibit, and looking at displays of cameras of decades gone by. Of course, there was plenty of time to take some pictures of my own, too.

George Eastman, founder of the Eastman Kodak Company, was an inventor and philanthropist who brought photography to the masses and made it possible for everyday people to enjoy as a hobby. I had no idea what a fascinating person he was - an entrepreneur, a leader in employee benefit programs, a lover of music, and much more. You can read all about him here.

The estate was absolutely incredible. 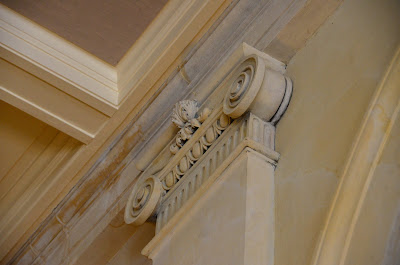 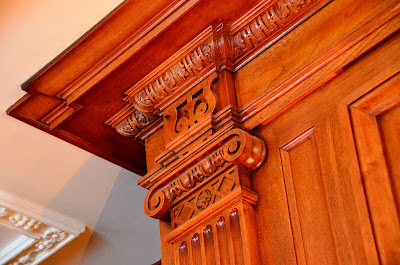 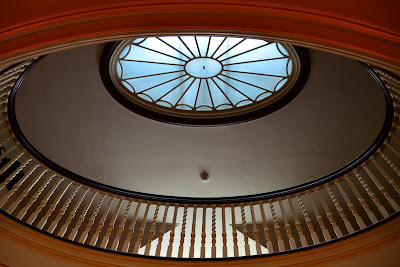 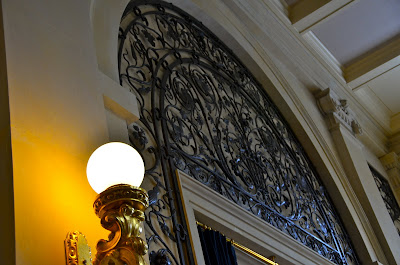 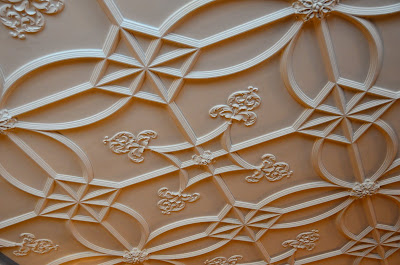 The guy had a library to be envied: 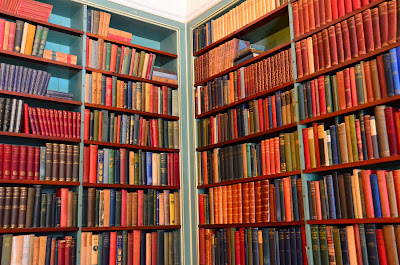 Safes throughout his home: 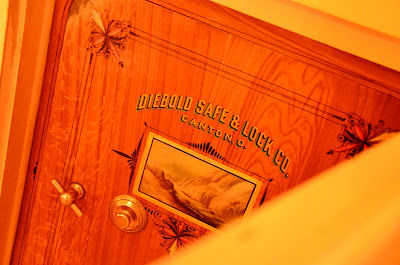 And um, lots of hatboxes... 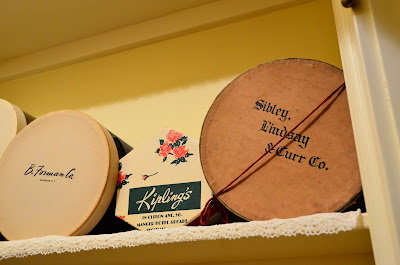 He also loved plants and had incredible outdoor gardens (which of course weren't part of the tour in December) as well as an indoor conservatory. Unfortunately, Mr. Eastman enjoyed participating in the fashion of the time to travel to exotic places and bring home "trophies." 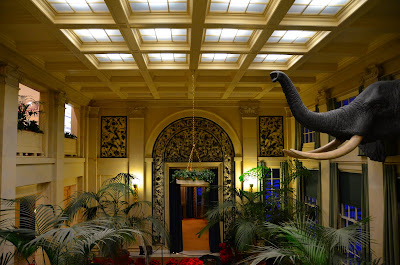 Yes, he had an elephant head mounted on the wall.

As well as a myriad of other dead animals "decorating" his home. 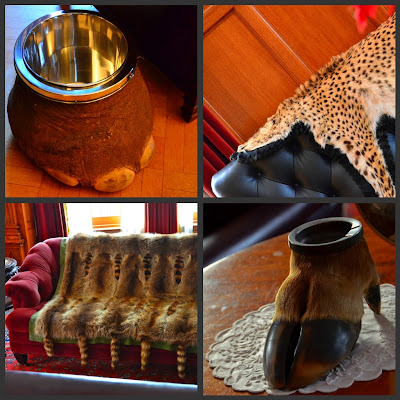 But at least he had excellent taste in music! He had a nine-foot Steinway with a case made by Tiffany's, a personal string quartet he established that played on his estate, and an Aeolian pipe organ in his home. 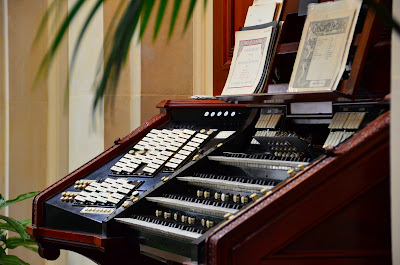 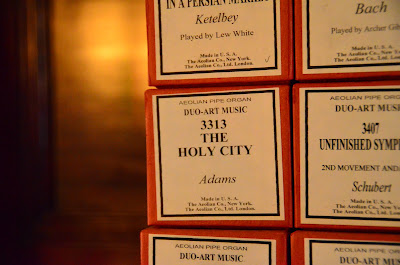 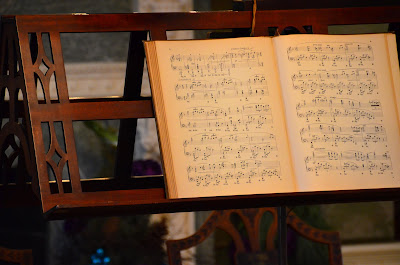 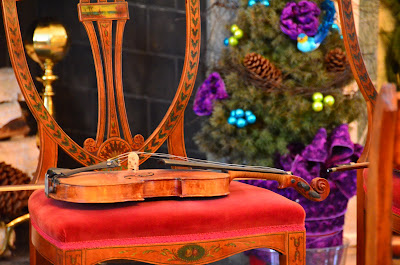 In fact, he was a great patron of the arts - he founded the Eastman School of Music at the University of Rochester, funded free music lessons for children, and established a symphony orchestra.

Speaking of the arts, look - two violinists in one picture: 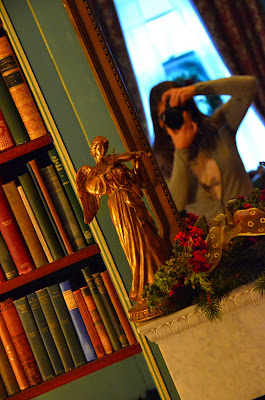 And some further proof that I'm becoming a shutterbug: 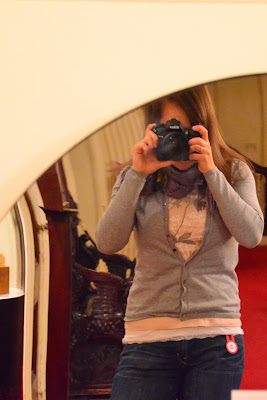 I sort of liked how these two pictures came out: 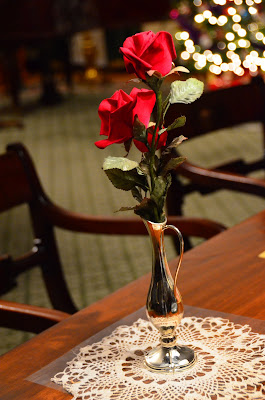 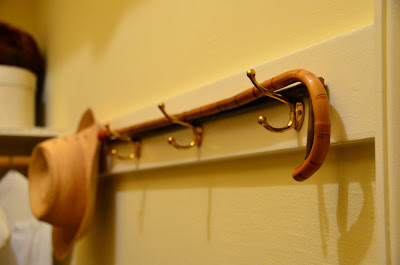 The house had a little cafe with espresso beverages, sandwiches, and gelato. I had never had gelato before, so after our tour and extensive wanderings through the estate, Nathan and I decided we should each order some. Mine was a scoop of strawberry and a scoop of their holiday gingerbread flavor. 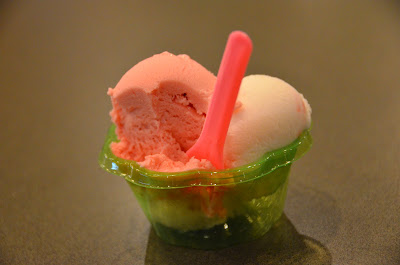 I liked it, but Nathan informed me that it wasn't as good as real Italian gelato. So we decided that we'll have to spend another anniversary, some year in the future, in Italy.

After our truly enjoyable afternoon at the George Eastman House, we drove from Rochester to Albany. We stopped along the way in Utica, where we had dinner at The Lotus Garden, a nice little family-run Thai/Japanese/Cambodian place. Our waitress was friendly and helpful, and we both enjoyed our meals. Nathan ate two orders of spicy chicken wings, and I had a noodle vegetable dish in a spicy peanut sauce. 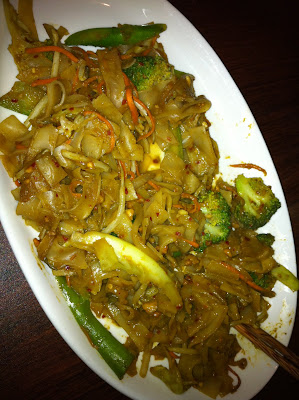 After dinner we finished our drive to Albany, where we stayed at Hotel Indigo. We both really liked how this place was nice without being stuffy or looking like it was decorated by grandmothers. [Nothing against grandmothers; I have nothing but love for grandmothers!] The decor was sort of hip and modern - definitely a bit different than your standard hotel fare. 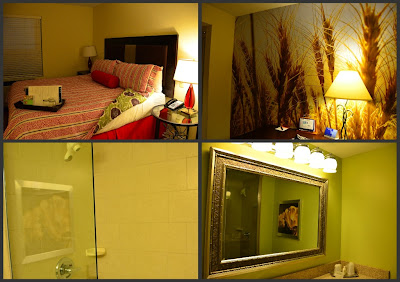 We enjoyed our stay there - the last night of our trip before driving back to Massachusetts on December 31st.

And that was day 3 of our anniversary trip, minus the kissy-kissy, smoochy-smoochy, stare-into-each-others'-eyes parts, which - again - you can thank me for omitting.

It was a good vacation.