One Rainy Day in Maine

We were standing in the rain by the gravestone of my great-great-grandmother Phoebe Wing as Grandaddy explained that she didn't marry until she was already an 'old maid;' she married a widower whose first wife and daughter died of TB.

Last weekend Nathan and I drove up to Sidney, Maine to get a full tour of my Grandaddy's old 'stomping grounds' while he was visiting the area. We saw the cemetaries where many of my ancestors are buried, and we walked through the house Grandaddy lived in when he was just six or seven years old. 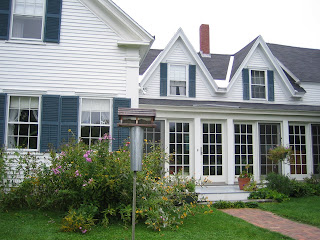 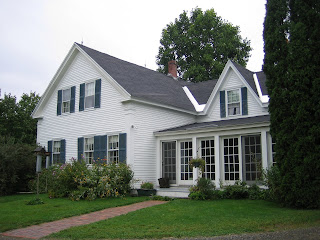 We saw the cabin on the shore of Lake Messalonskee where he spent summers into his teen years. We had lunch at a charming place called "The Early Bird," and we enjoyed a drive-through tour of Sidney and Augusta. I found my great-great-great-great grandparents' gravestones in a quiet plot behind a house on a dead-end road in the middle of nowhere. 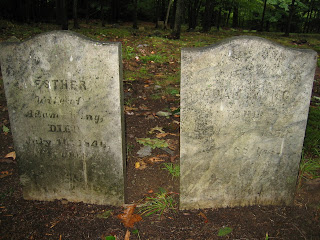 As the day drew to a close the rain finally let up and Nathan and I sat in rocking chairs with Grandmommy and Grandaddy on the little dock by the cabin on the lake. It was the most beautiful, peaceful place I've been in a long time. 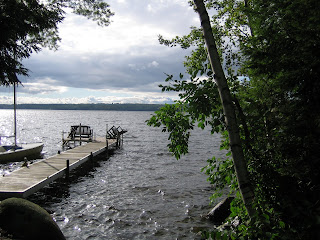 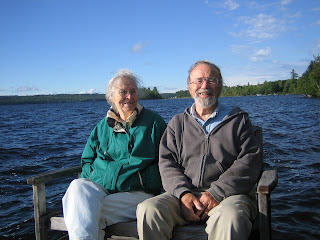 Now here's a strange fact: years ago my Mom visited her grandfather in Maine, had a tour of the area, and.... the next day her grandfather died. So after hearing this story, naturally my parting words to Grandaddy were words of caution lest he meet a similar fate after we left! Fortunately, he survived the trip and is back in California now.

We had a wonderful time learning more about my maternal family heritage and seeing beautiful scenic, secluded spots in Maine. I just hope I can remember all the wonderful stories Grandaddy told us!
Posted by sarah marie at 4:42 AM

Email ThisBlogThis!Share to TwitterShare to FacebookShare to Pinterest
Labels: family