Aaaaand skipping over eight months, because life was crazy and poor Molly had a nose that streamed snot for weeks on end... I did manage to get some nine month pictures only a couple of weeks late! {At which point she was on round two of a cold, and still a little red-nosed and sad!} 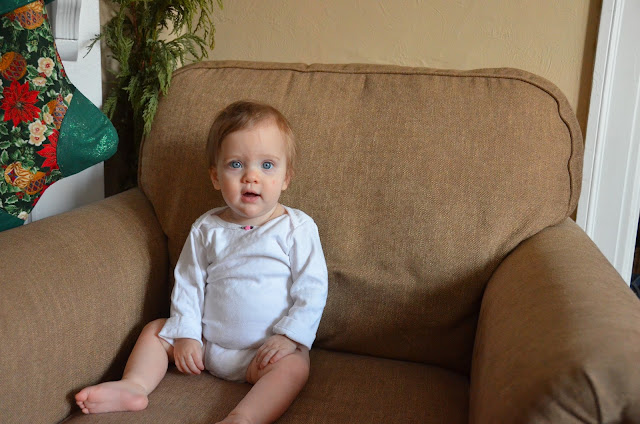 Molly at nine months was crawling everywhere, pulling up on things, making kissing sounds, babbling (with aaahhhdadadadada being a particular favorite), and blowing raspberries like a pro.  She peed in the potty sometimes, with frequent resolutions by her mother to be more consistent with elimination communication so we could start getting the yucky stuff that really matters into that delightfully appropriate receptacle known as the baby potty.  She was rapidly moving into 12 month baby clothes, and her fingernails kept growing at an alarming rate that allowed her to scratch my face and draw blood from time to time.  I guess the 80 fingernails and toenails I'm singlehandedly responsible for trimming around here these days are getting the better of me. 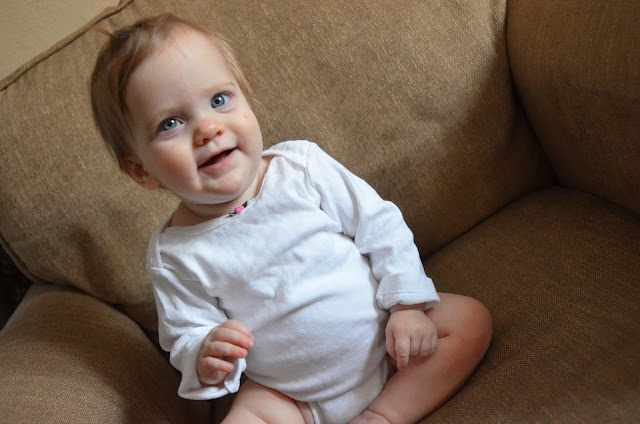 Nine month Molly had become more attached than ever to Mama, and would often prefer to sit quietly and play at my feet while I was teaching violin lessons rather than be subjected to spending time with - the horror of it - a babysitter.  As with her sisters before her, I found her occasional babbles far less distracting than the sound of her screaming in a nearby room, so she has been keeping me company in my teaching these days more often than not. 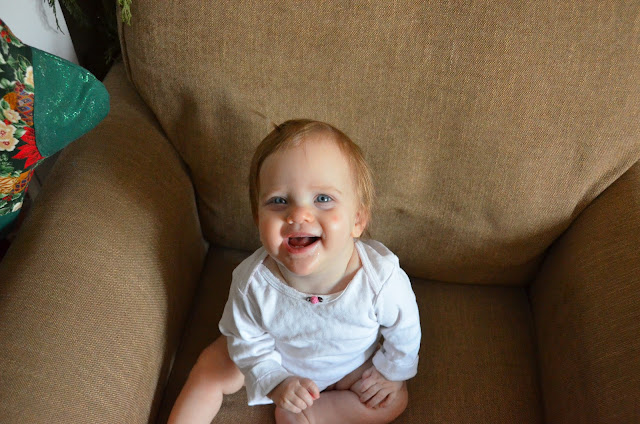 This child is not what you might call a good sleeper of late, and the past month or two has had its challenges in that regard.  In fact, for most of December she utterly refused to be laid down at any point for a single nap.  After endlessly trying to transfer her from arms or Lillebaby carrier to her crib, all of which ended in a wide awake and overtired and very crabby baby, we mutually gave up the effort and either Nathan or I would just wear her in the carrier for every. single. nap. for a while.  We simply concluded that between the emergence of two cute bottom teeth, and one cold followed by another, poor Molly just needed lots of cuddles.  So she took her naps on my chest in the carrier, and then would sleep the first part of each night's sleep in the carrier on Nathan's chest, and thus she was a reasonably happy camper, and we all kept surviving. 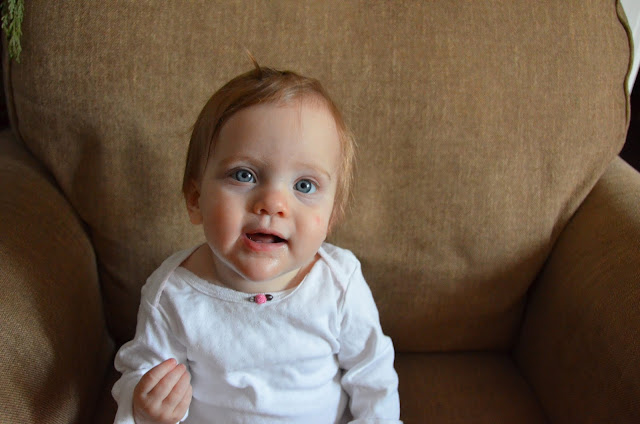 It's a good thing she's cute. 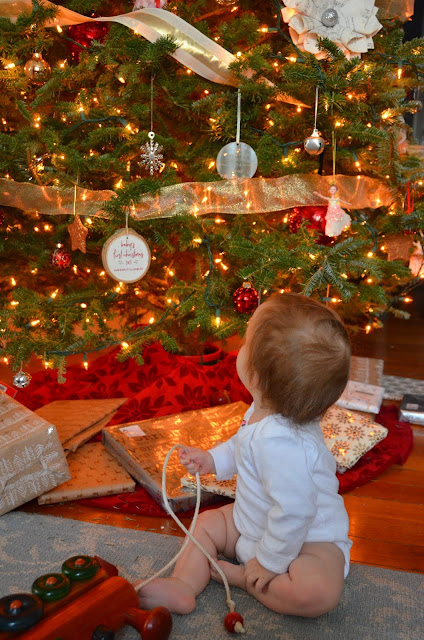 She had her first Christmas, and I think she approved of the experience.  She even got an ornament from Mama and Daddy to commemorate the occasion. 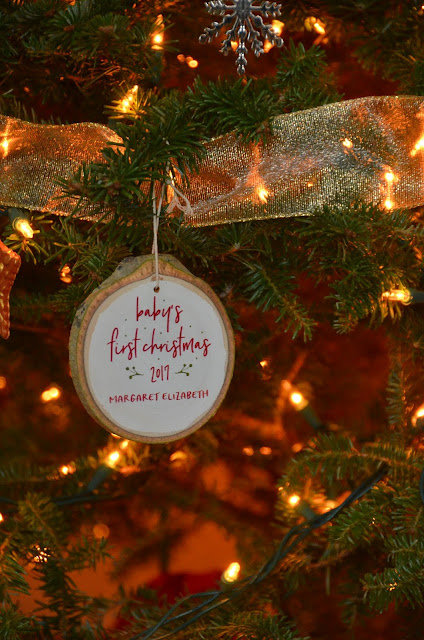 You are surely adored around here.  Your sister Nell is of two minds on the matter: on the one hand, she wishes you were still a newborn baby and sometimes reminisces about those early days of tiny sweetness, and the way she could hold you and you didn't wriggle away.  On the other hand she can hardly wait for you to keep growing bigger and be able to really play with her!  You sister Marie loves you with the strange {deranged?} love of a three-year-old, and while it's dangerous to leave you alone with her, I do think that most of her cheek-pinching and body-slamming is somehow well-intended ... at least, we hope so.  Daddy can't get enough of you, and regards it as a personal accomplishment that most of your babbles are "dadada" rather than "mamama."  And I, while quite tired and sometimes overwhelmed with all the chaos and daily hard work of having three young children in the house these days, well, I wouldn't have it any other way.

Lovelovelove,
Mama
Posted by sarah marie at 11:33 AM