7 Quick Takes, or My Day Today

One
Last night I said to Nathan, "We've gone from forty minutes of sleep at a time to fifteen minutes with this cold poor Ree has.  She keeps coughing herself awake."  I was practicing my violin in ten minute segments in between settling her back down.  Nathan, listening half-heartedly to my blathering, somehow thought I was talking about an upcoming orchestra rehearsal I had being reduced from forty minutes {which it never was in the first place} to fifteen minutes, and he got really excited, because, less childcare minutes for him.  I told him nothing had changed and I still had to leave the house by 7:15 the following morning {this morning}, and he felt quite sorry for himself because I had a rehearsal and it hadn't been shortened.  Something about the whole conversation struck me as funny.

Two
I was out the door early this morning, unshowered and generally unkempt, wearing my not-nicest black jeans and a black cardigan and a pair of warmish black socks with flats instead of dress pants and trouser socks with heels or something similarly appropriate.   I drove to the morning's rehearsal and concerts thinking about all the children we'd be playing for that morning, and how, unlike adults who go to formal evening concerts and see us musicians with real live makeup on, children probably assume that musicians always perform in black jeans or yoga pants and walk around bleary-eyed and scowling.

Three
I pondered the Stages of Gigging Grief I seem to perpetually put myself through.

Four
Driving home from the children's concerts, I wanted coffee.  I thought about taking a detour to Starbucks and getting my new favorite drink, a flat white.  Then I pulled off to the side of the road and texted Nathan, telling him I was about five minutes from home.  He quickly replied, "Good, because I'm about five minutes from a breakdown."  That seemed to clinch my fate; no coffee for me.

And I know, Starbucks is overhyped and overly trendy and is driving small business owners out of business and hey, it's not even THAT GREAT, but until someone opens a good family-owned coffee shop in my town, and preferably one that will either have a drive thru or bring a hot beverage out to my car so I don't have to wrangle kids in and out of car seats, well... until that day, my loyalties apparently lie with Starbucks -- at least to the degree that I occasionally think about going there, and then usually don't.

Five
Ree is slightly sick, mostly just a bit more snuggly than usual, and having a hard time sleeping horizontally, and coughing herself awake a lot.  Nell, however, is a weeping, wailing, whining disaster.  Poor thing.  It's been all "my nose is wunnnnnny!" all day long, and I'm digging deep into my empathy reserves to try to be patient with her but let me tell you, the whining is testing me to the limits.  It's 9 pm here, and in the two hours since bedtime, I've resettled the baby three times and the toddler twice.  It's going to be a long night.

Six
And in case Number Five didn't seem quite difficult enough, well, Nathan is out of town all weekend.

Seven
But life isn't all dismal, because my brother-in-law and sister-in-law brought me a piece of chocolate cake tonight.  So, I think I'll live to blow two small wunny noses another day.

Good thing those wunny noses have such cute little owners. 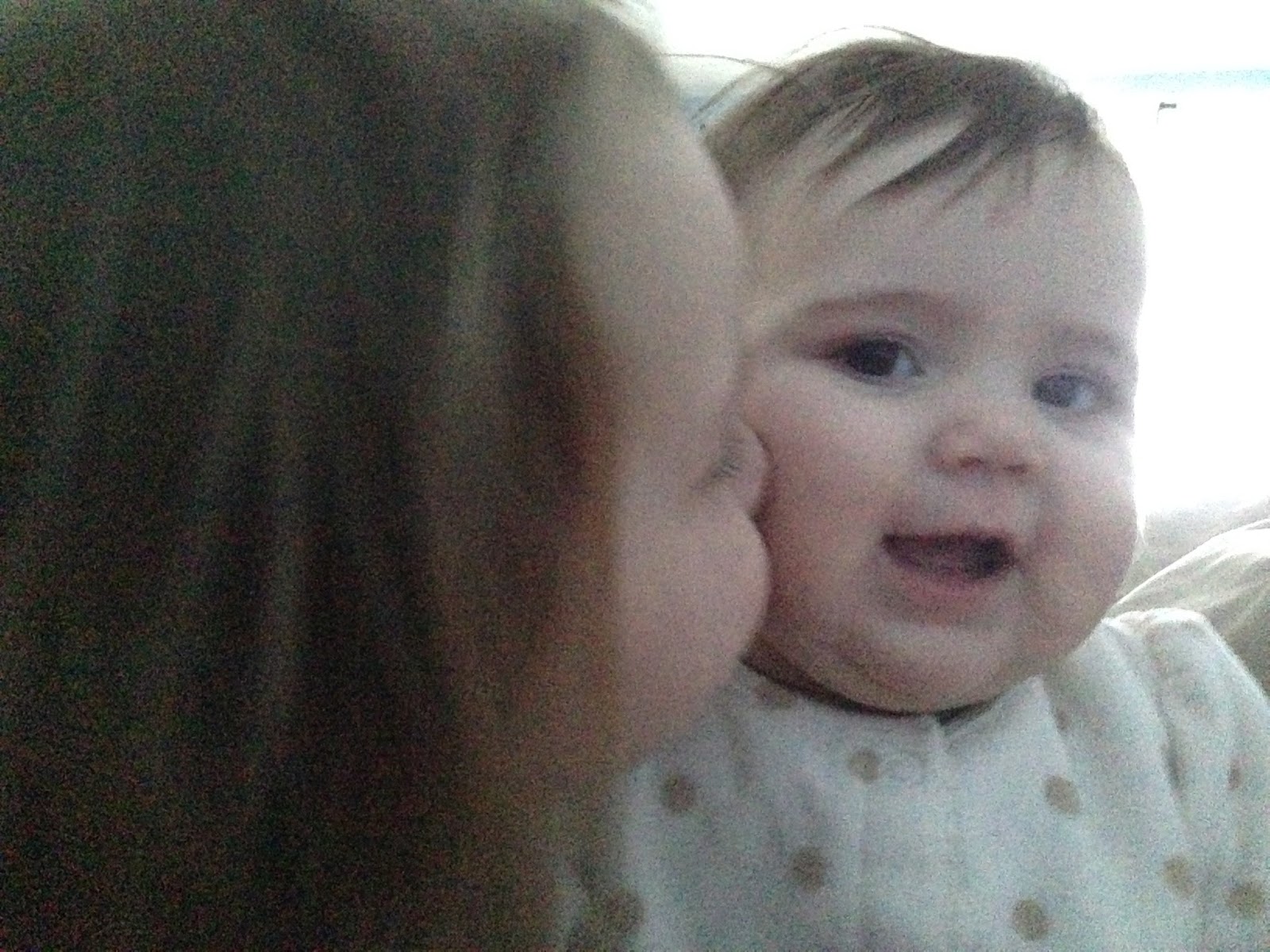 Now, head on over to This Ain't The Lyceum, which is hosting 7QT these days, and see what other folks have come up with!