Ree at One Month

I guess I should write about little Miss Marie at one month before she turns two months old next week.  Ahem.  Here goes... 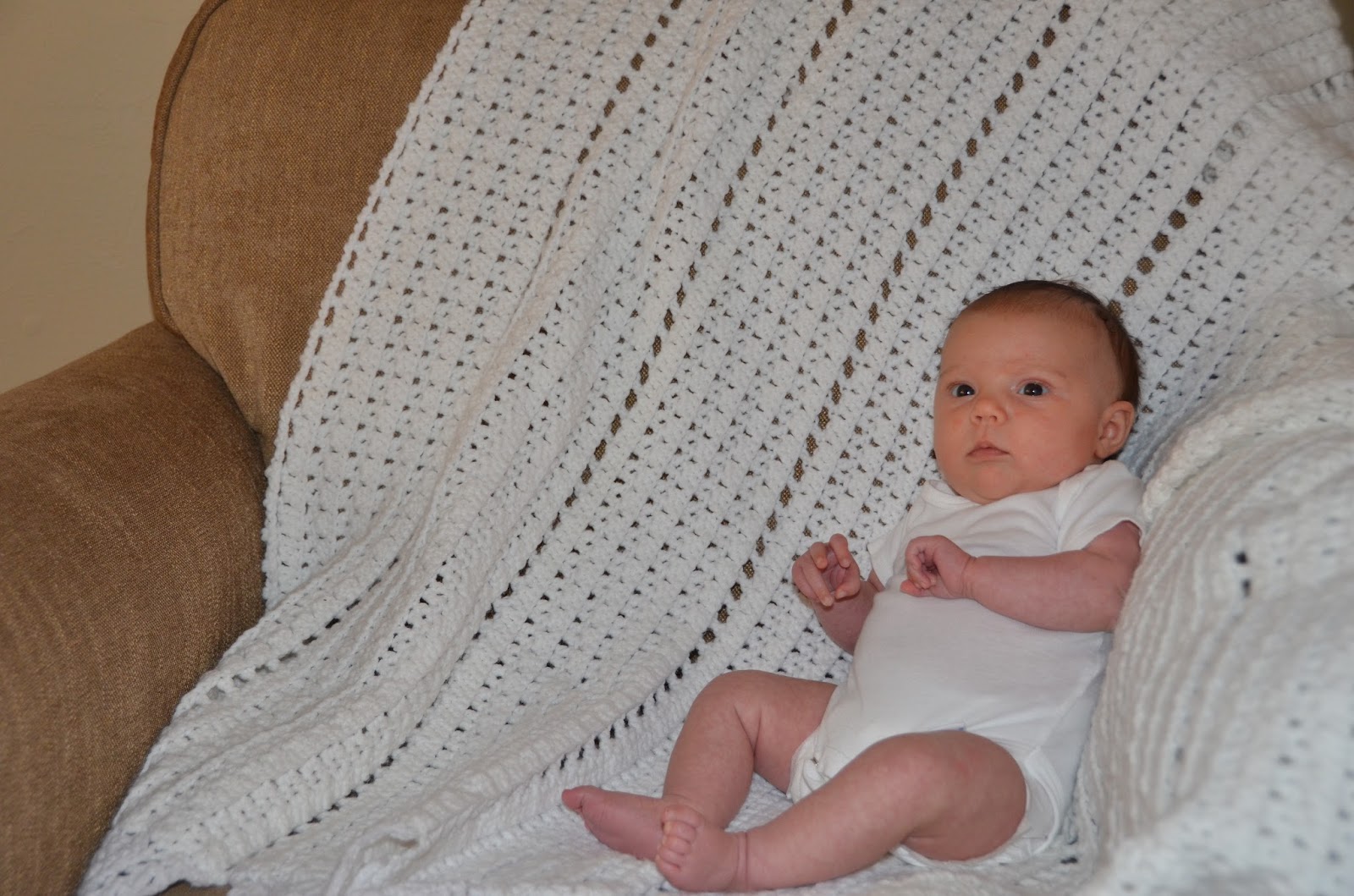 For the first month of her life, Ree reminded us of Nell -- hated the car seat, hated the swing, hated being laid down for even a moment.  Cried -- no, screamed -- pretty much any time she wasn't being held, and could crescendo to choking on her own wails in the 30 seconds it took me to use the bathroom.  So, I wore her in my wrap just as I used to do with Nell.  Unlike Nell, though, Ree wasn't so into dozing in my arms if she wasn't in the wrap.  She seemed to sleep lightly and stir easily and have trouble settling.  And transferring certainly wasn't happening -- the first few nights at home from the hospital I would try to transfer her into the co-sleeper, only to have her immediately wake and have to start the back-to-sleep process again.  Eventually I gave up, the need for sleep won out, and she slept nestled in the crook of my arms for those early weeks. 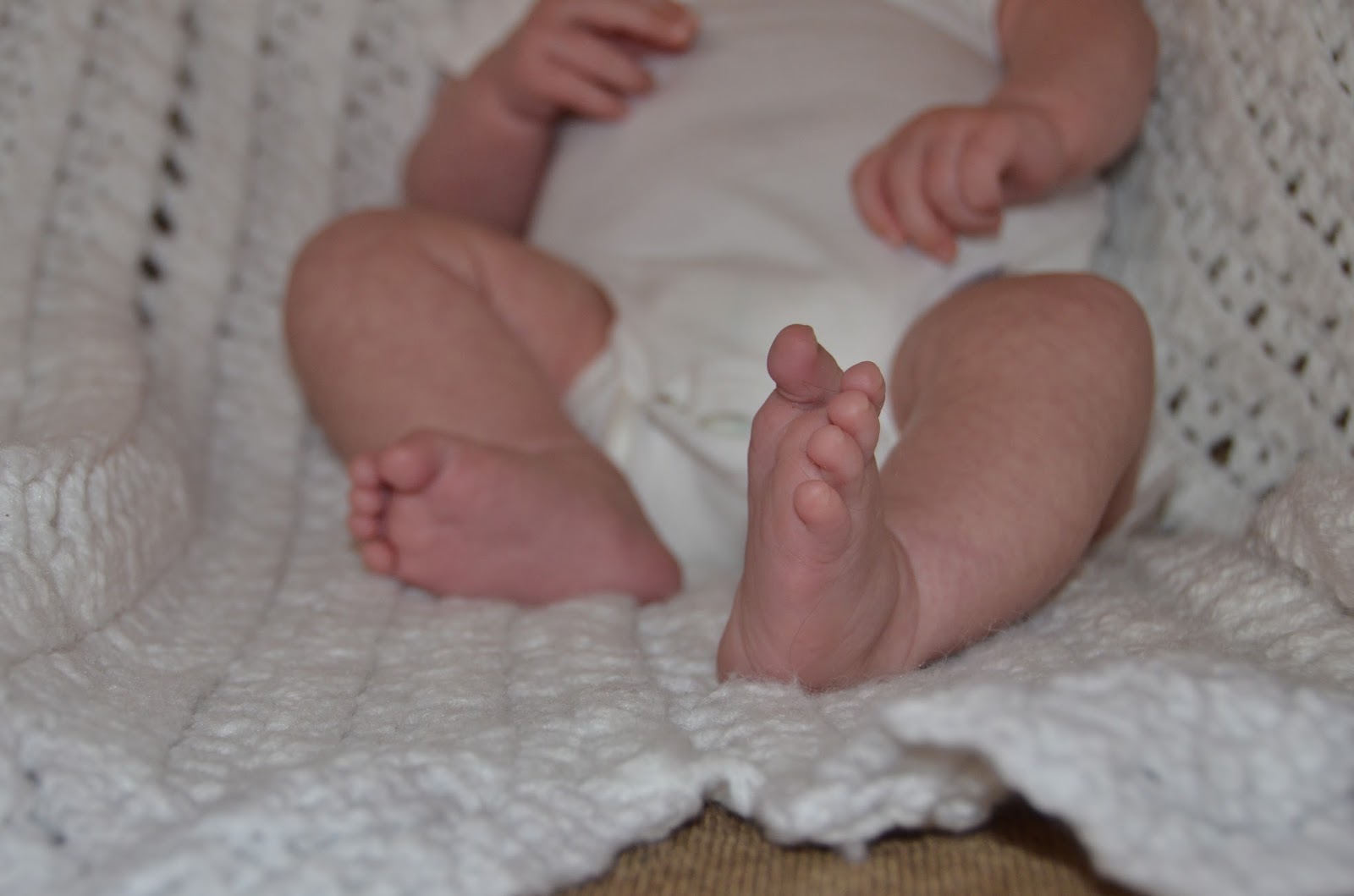 Then on the day she turned one month old, she took a three hour nap by herself in the afternoon, all swaddled up.  It was fantastic.  And each day she's continuing to show us in a variety of ways that she is not her big sister, but is her own little person. 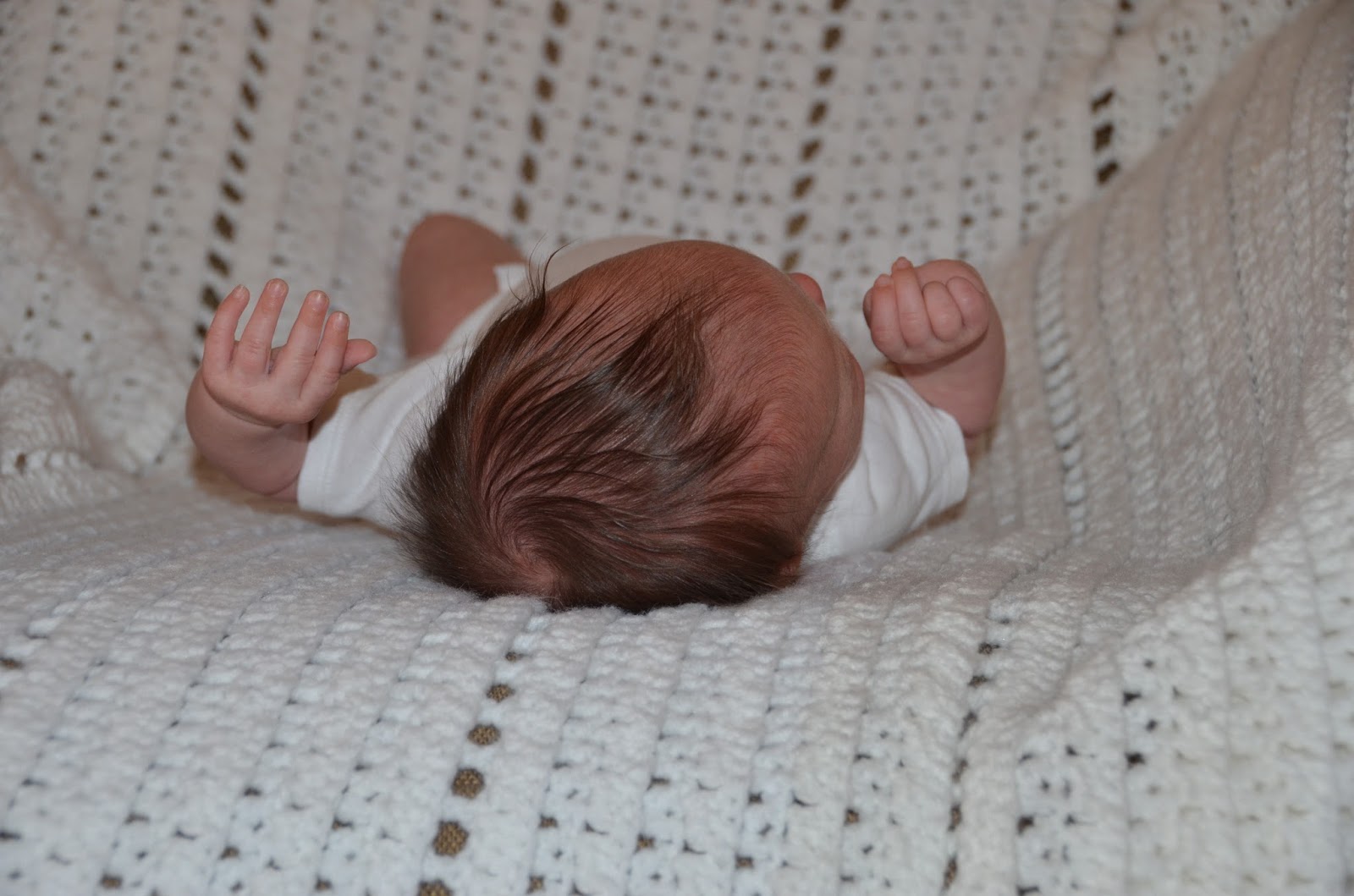 At first we thought she was Nell's miniature in appearance, but as the days passed we saw more differences.  This girl might have brown eyes, not blue!  And that dark, straight hair is shorter than Nell's was.  Her complexion is a bit more olive-toned, we think.  And while Nell was smiling big, dopey grins by one month old, Ree is a bit more reserved. 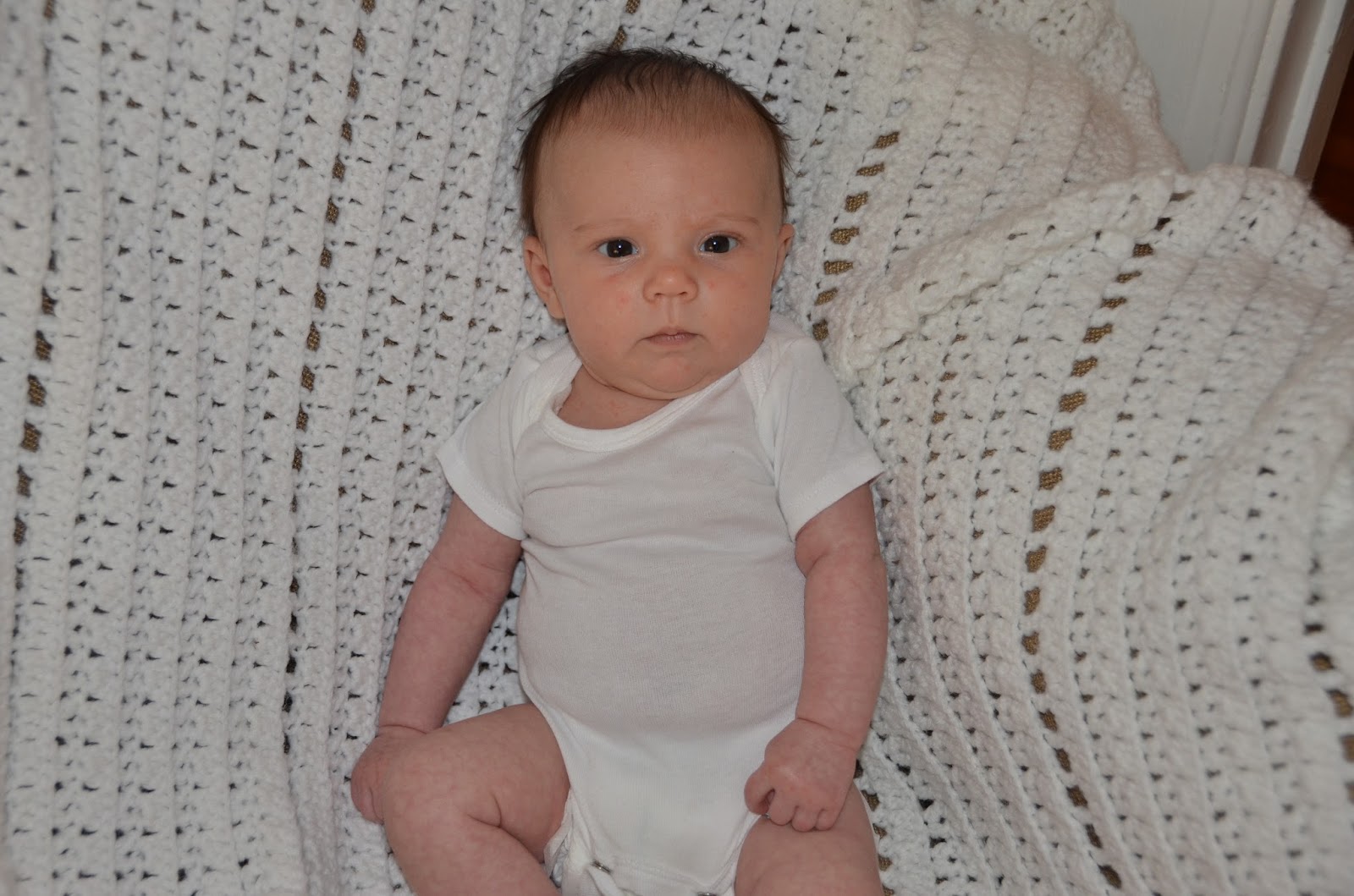 In any case, without further ado... Ree at one month old!

Is spoiling me by being such a good sleeper at night, with three to four hour solid chunks of sleep, and the occasion six hour stretch!  Thank you, little lady!

nursing
being snuggled close in my wrap
her Mama {if I do say so myself}
being held all the time, at all times, everywhere

diaper changes
outfit changes
car rides
baths
being put down, ever, at all, anywhere

{and her Uncle Andrew sometimes bursts out with a little line from Beauty and the Beast: "Marie!  The baguettes!  Hurry up!" and follows it up with a bit of song.}

being the most alert infant in human history
staying awake for up to two hours at a time, having missed the memo about newborns sleeping all the time
making the most adorable O-shaped mouth just like her big sister used to
holding her head up remarkably well for a one-month-old
spitting up out her nose from time to time, and remaining totally unfazed by it

sucking on her thumb / hand / wrist... when she can find it.
making noises other than crying... she's testing out a coo here and there.
scratching every square centimeter of her face with her flailing hands when screaming in her car seat 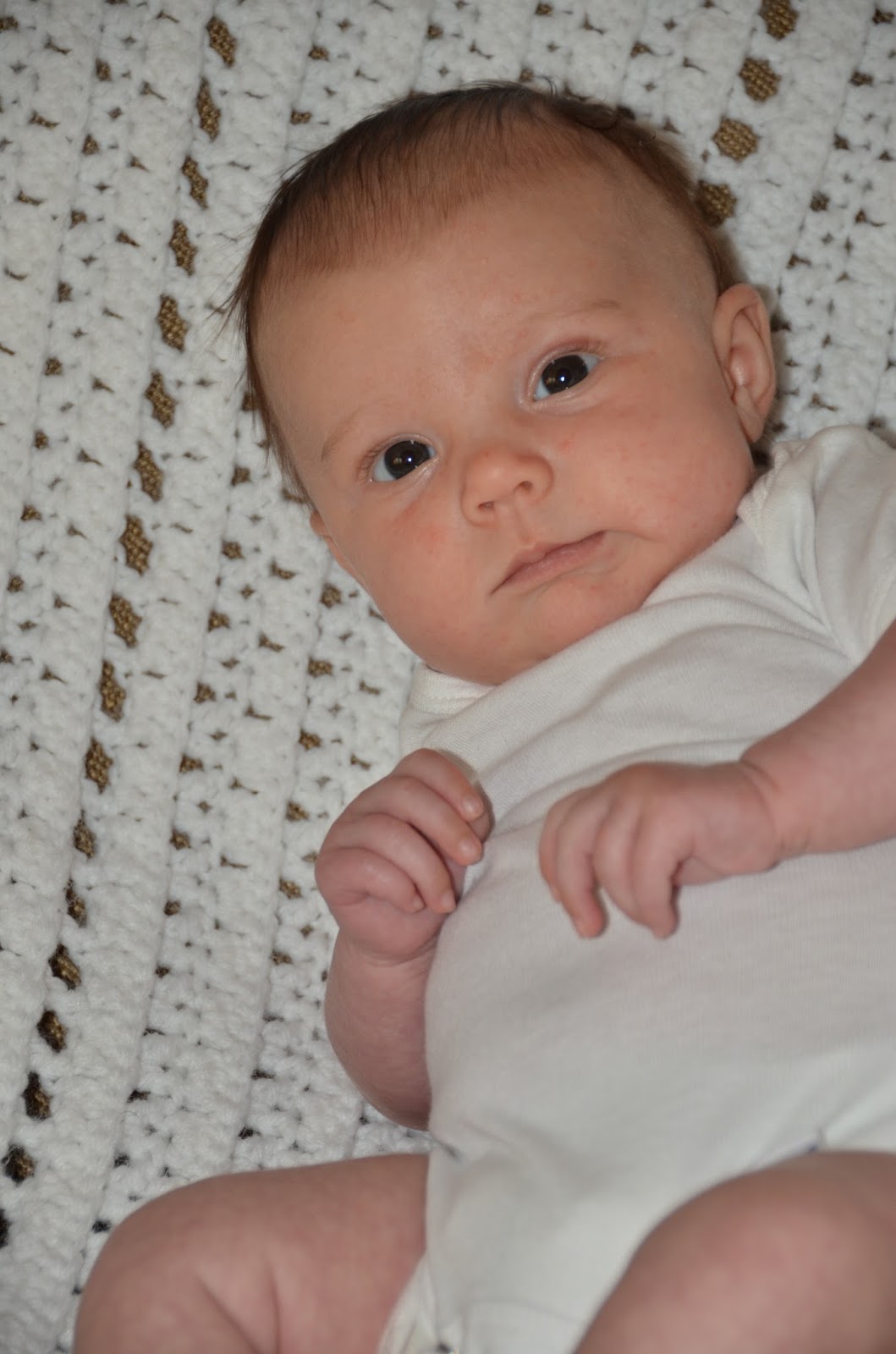 Sweet baby girl, that I get the gift of having a newborn in my arms again is almost too wonderful.  Totally worth the hyperemesis and the pregnancy aches and pains and yes, even the labor and delivery.

My one and only complaint about all of this is that it all seems to go by even faster the second time around. 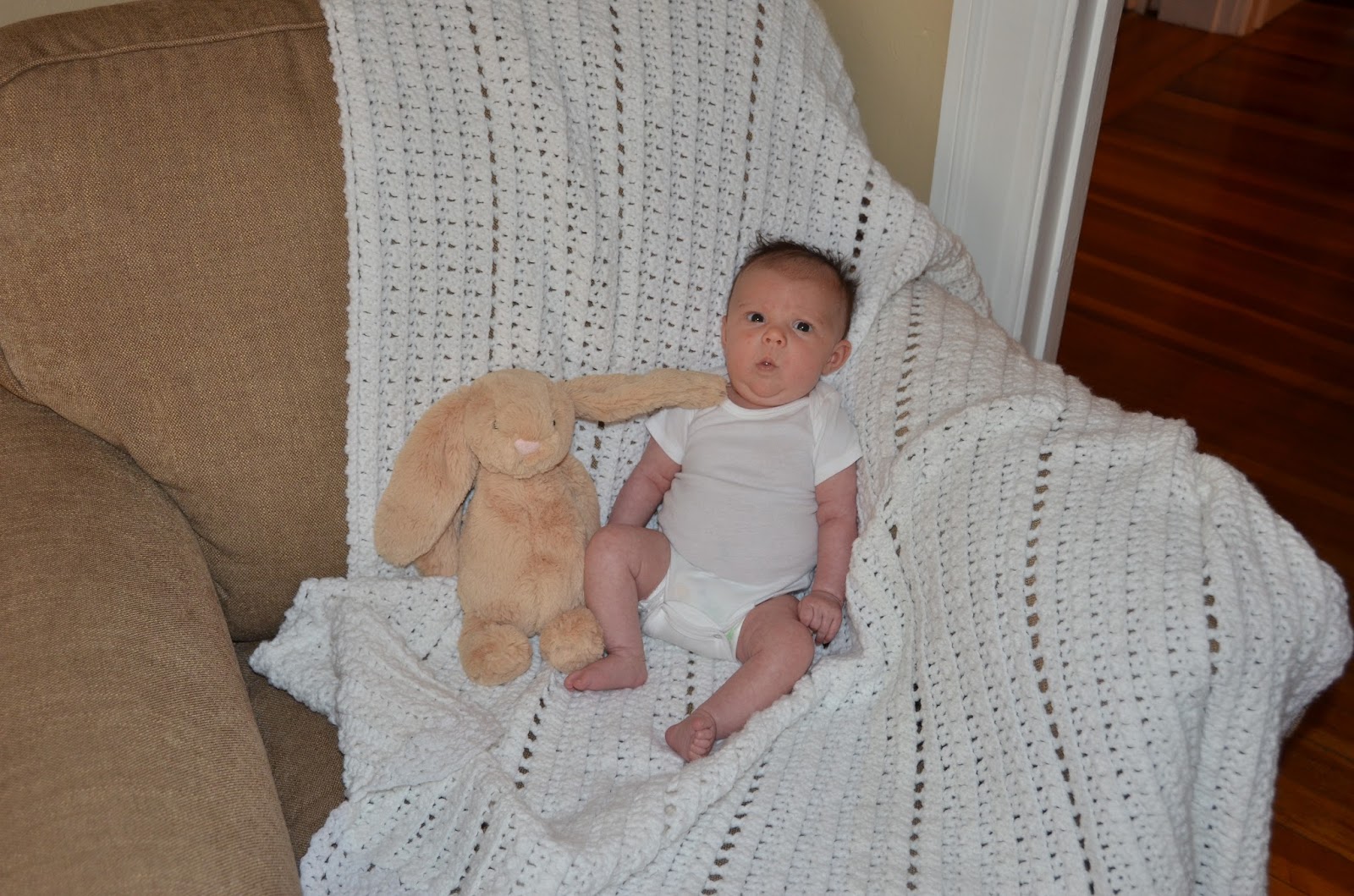 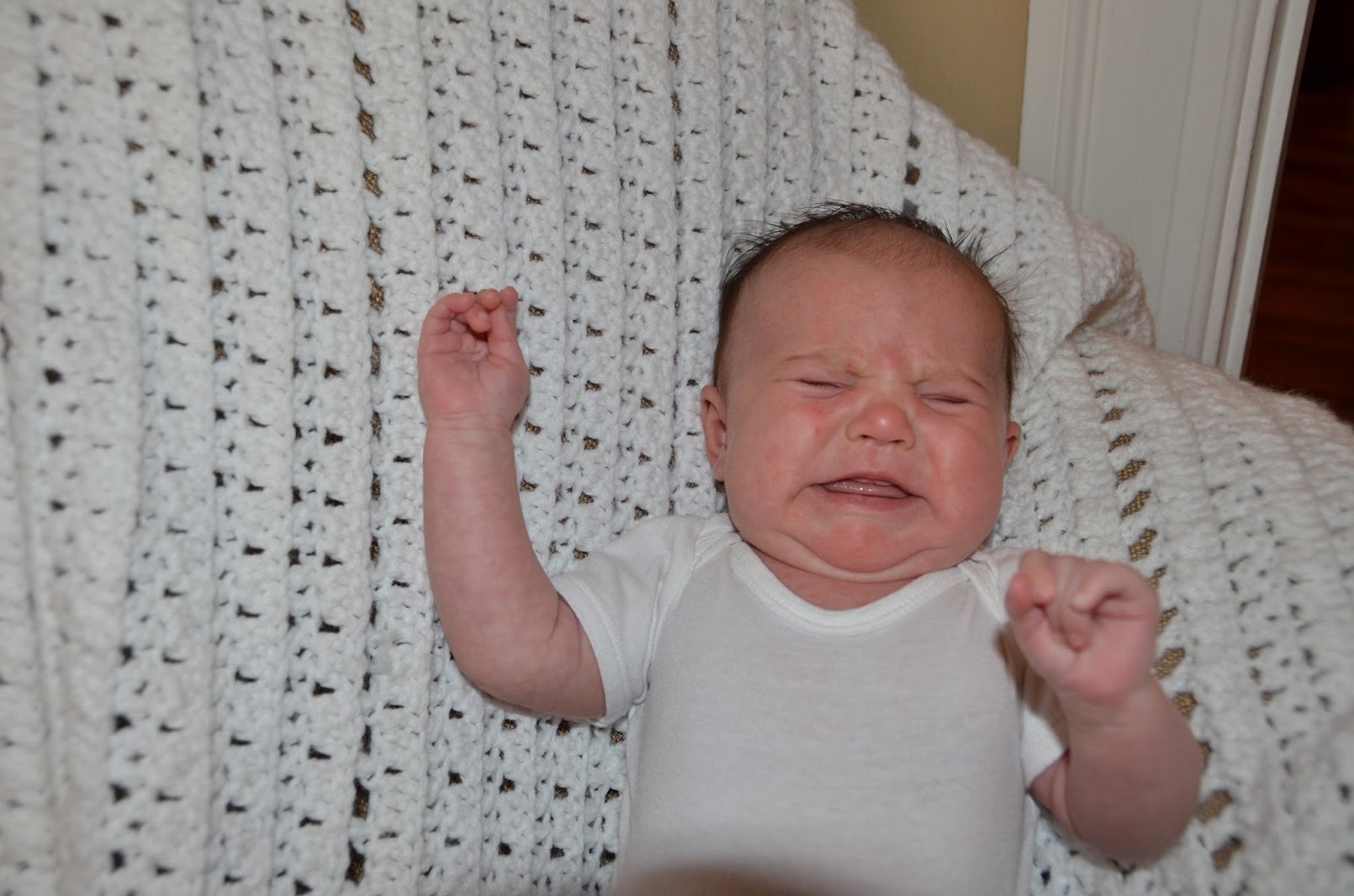