This past week has been a very good week for Sarah Marie in the kitchen. The previous week held three orchestra rehearsals and a concert along with a lot of unnecessary drama, but this week was a happy, food-filled recovery from the craziness.

On Monday I made fresh pesto...mmm! We had it over linguini for dinner, and I froze the rest in small portions to be used later.

Then I discovered this recipe for black bean confetti salad over at Rebecca's blog, and subsequently discovered a wonderful cooking blog, Smitten Kitchen. So last Thursday FavoriteBoy and I had a very tasty dinner that consisted of two Smitten Kitchen recipes: chicken empanadas and black bean confetti salad. It was my first attempt at making empanadas, but I couldn't help wanting to try; aside from the tempting photos on the Smitten Kitchen blog, Melissa had been telling me about empanadas recently. Mine turned out quite well! I made a few changes to the recipe: I used boneless skinless breasts instead of whole chicken legs, I used a whole Spanish chorizo sausage (rather than use 1/3 cup and let the rest sit in my fridge until I come across another recipe calling for chorizo), and I just used a few green olives because my husband is a picky eater. I made lots and lots of empanadas, and we had them on Thursday and then again on Saturday. The rest are assembled and safely nestled in the freezer (unbaked) so that in the future we can have at least 3 or 4 more dinners of empanadas.

Here's a picture of my bowl of black bean confetti salad. Isn't it pretty? 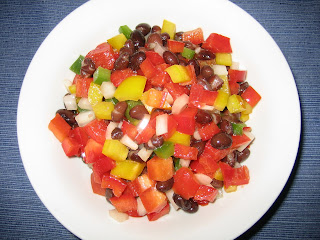 Here are a few other things I've been making in the past few months:
A Valentine's Day cake... 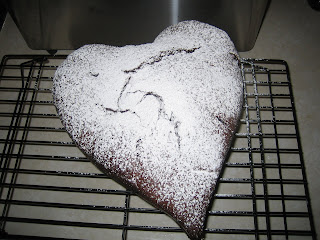 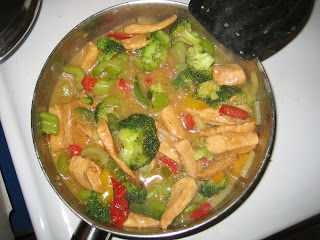 For St. Patrick's Day I made corned beef, red potatoes, carrots, and cabbage. I opted for sourdough bread instead of Irish soda bread, though. 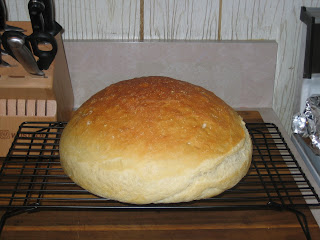 Here is a picture of Easter at our place. There were ten of us total packed into our little apartment! We had an egg hunt with plastic candy-filled eggs, we colored hard-boiled eggs, and we ate dinner. You probably can't tell from the picture, but we had ham, homeade rolls, green bean casserole, a yummy potato dish, asparagus, and a recipe I got from my Grandma called 'Five Cup Salad.' 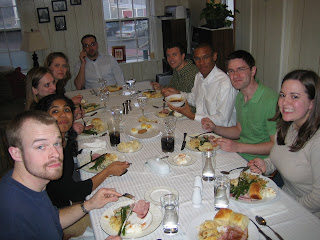 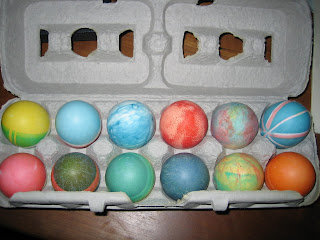 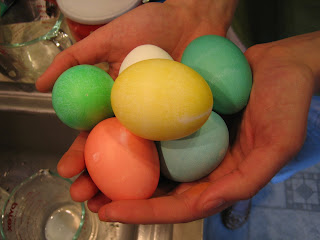 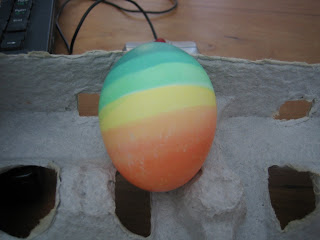 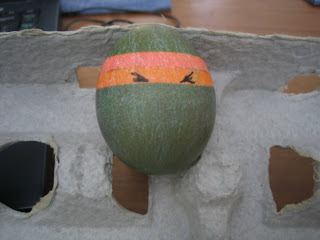 And finally, here's the cookware that makes it all possible. FavoriteBoy and I bought this for ourselves shortly after we got married, because I had been doing all cooking with one small pot and one small pan. This set has greatly expanded my options! This is KitchenAid 5-ply stainless steel. I love it. 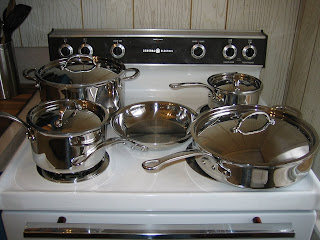