This poor blog, once long ago so vibrant with posts -- even if they were just mundanities and everyday happenings -- lies mostly neglected these days.  But even a post every few months provides such fun memories of our family life to look back on later!  {Or as Nathan once said, "I'm glad you blog about our life; it makes me feel like we'll be able to remember some of it," or something to that effect.}  I'm particularly overdue with kid quotes, and have months and even years of them saved in notes on my phone.  Despite a recent data loss tragedy (oh, the sadness!), I still have quite a few worth sharing and remembering.  So here we go with some very overdue Reeisms!  {Some of these date back by over a year.} 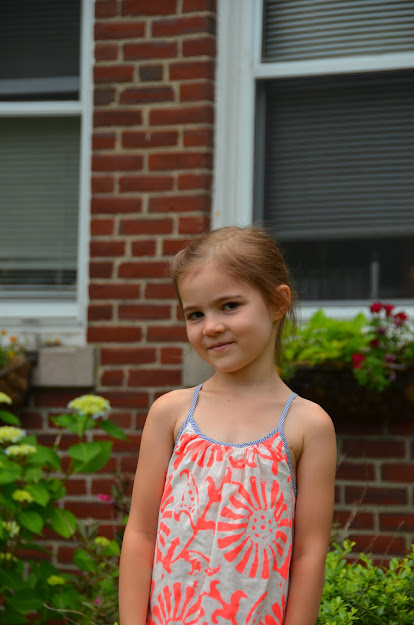 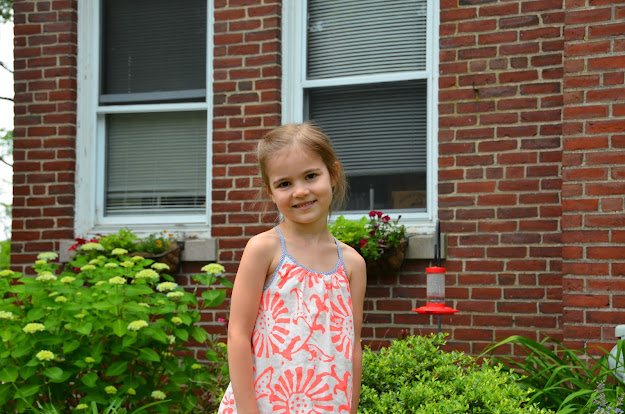 She calls a shirt a "topping," continues to be a great lover of all things fancy (and conversely, disdains things that are not fancy enough for her taste), and can drive her big sister to a state of near distraction.  She's a champion snuggler, makes the funniest faces around, and provides the household with frequent drama over every stubbed toe ("ow Ow OW OWOWOWWWWWWWWWW!"). 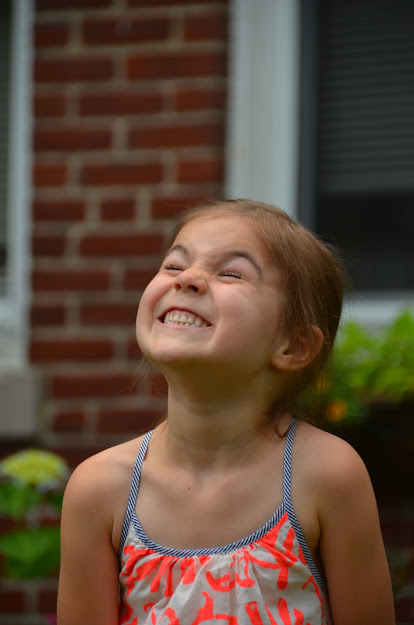 After a discussion of a babysitter with whom she was not pleased:
"Heavenly Father, thank you for my mama and my daddy and my sisters and my own family and NOBODY ELSE."
* * *
Profound musings over breakfast:
"Waffles are basically pancakes except they're bigger, look different, and they're called something else."
* * *
Thinking I might make myself an afternoon cup of coffee one day:
Me: "Mmm... you know what I want right now?"
Ree: "What?  What??  What I want is a whole cup of candy canes!"
* * *
Walking down the stairs one morning:
"Something smells disgusting.  Oh, maybe it was just your homemade bread smelling like a stinky rotten pig."
{Well, well, well.  Good morning to you too, Miss Merry Sunshine!}
* * *
One morning last summer, going to a little summer camp at some friends' house:
"Mama, why do you get to wear a nice dress and I have to wear dirty kids' clothes?!" 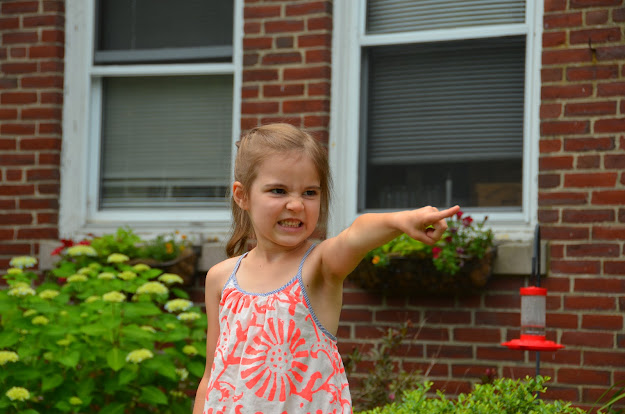 After listening to music by Mussorgsky one morning:
"Mama, can you put on some more music from a different land?"
"What land?"
"Oh I don't know, just a land that has princesses who are fancy with crowns on their heads.  And bonnets.  That kind of land."
* * *
Tidying up one day:
"I'm working on making my room as clean and as fancy as a castle."
* * *
"I need a bigger house to live in that has more echoes."
{Valid concern, I say.  Good acoustics make everything better.}
* * *
Practicing her cartwheels on the lawn:
"Grown-ups are worse at doing things than kids.  Cuz they weigh more." 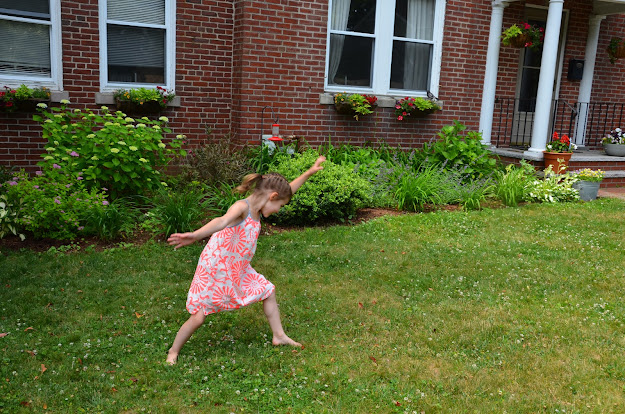 "It's such a good thing we are all in the same family.   Because our names all match and they all go together really well." 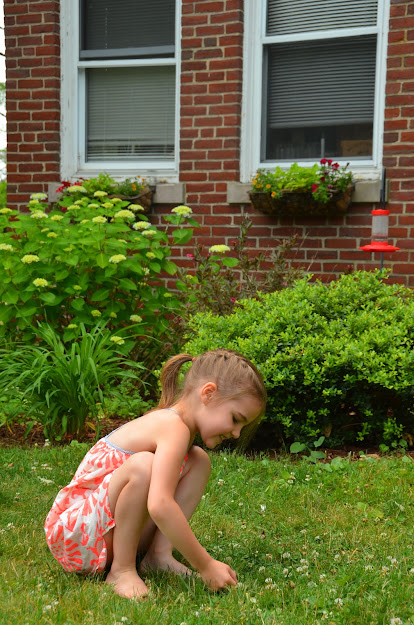 One evening when I was a full 40 weeks pregnant with Sylvie I told the girls I was going to take a soak in the bathtub.  Marie helpfully replied, "Ok but let me tell you something Mama.  You're probably too huge to fit in the bathtub."
* * *
"Mama, your legs are so thick you can barely fit on your chair!"
{It'll be a miracle if I survive motherhood with a shred of self-esteem intact.}
* * *
In a kindly and condescending tone: "Nell, there's just a feeling I have that I feel like I'm better at ballet than you are.  Sorry." 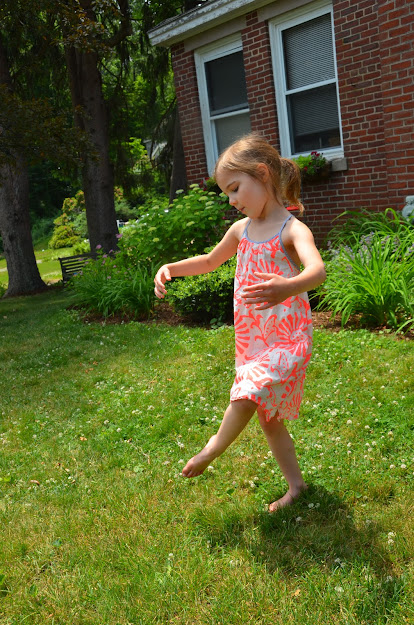 "My whole body is tickling! This is a real emergency!"

* * *
Last school year, after reading them Buzz Aldrin's picture book
Ree was extremely enamored with the whole book, the whole experience, the whole person.
Ree: "Where does he live? Can we go visit him? Can we go today?  Or would that be inappropriate to go to his house if he doesn't know us?"
Me: "Well, we can't go visit him, but maybe you could write him a letter and tell him you love his book!"
Ree: "I LOVE HIM!  I LOVE HIM!  Why can't kids go to the moon?! Why?"
{She was so enthralled, it was the most wonderful thing to watch.  Having once been completely space-crazy as a kid I could relate to her wonder and excitement!}

* * *
On Ash Wednesday, ironically, after multiple sibling altercations it was time for people to have some time and space apart in their own bedrooms.  What should I hear drifting down the stairs but the sound of her lovely little voice singing to an improvised melody, "Do more and more bad things that you can think of...!"
{Ah, the sweet sound of repentance.  Or something.} 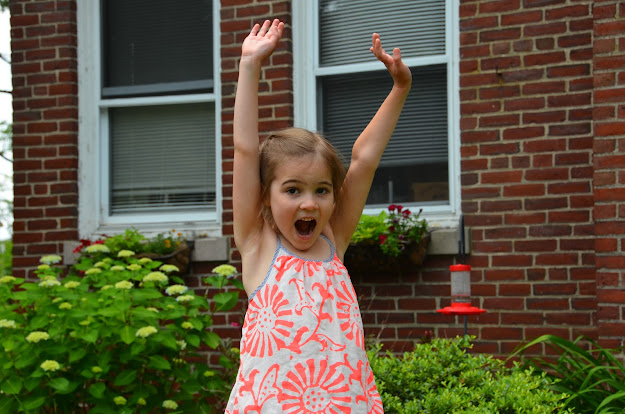 Deeply disappointed in a drawing she did, and wailing: "This doesn't look like it's supposed to be admired!  This isn't something to be proud of!"
{I disagree in fact, it was a lovely drawing of a robin!}
* * *
One afternoon when Sylvie was just a week or so old, and I had tried to take a nap to no avail:
"I wonder why Sylvie can get more rest than you can, Mama.  I guess it's because her ears are smaller so she doesn't hear us making noise as much!"
* * *
Over dinner one evening, beginning to question my parental narrative, she thoughtfully mused, "Actually... we haven't gotten sick from eating treats on the times when we've eaten treats.  So it's fine and healthy for our bodies to eat lots of treats after all, I guess!"
* * *
Ree: "I wish we had all been born at the same time."
Me: "Oh really?  Why is that?"
Ree: "So that you wouldn't die before I do."
{heart. breaks.} 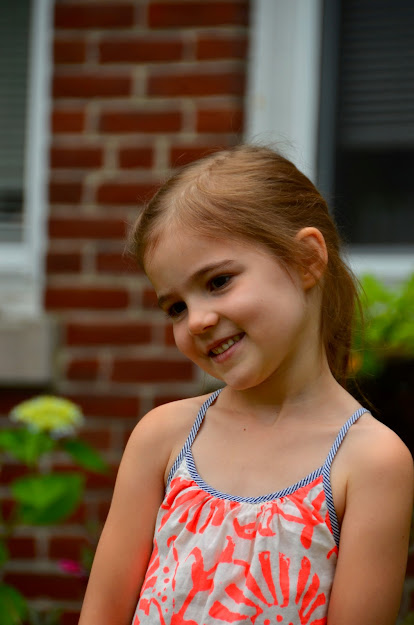 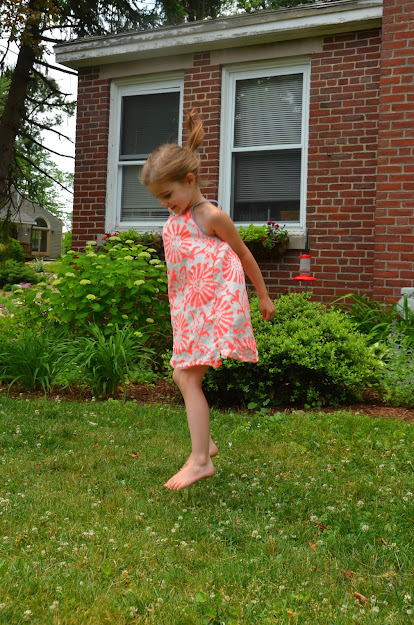 Dressed up in a vintage pink dress to go to a friend's birthday:
"YES.  YES!  This is exactly how I've always wanted to look!  I don't look like a plain Marie I look like a fancy Marie!"
* * *
We "raised" caterpillars into Painted Lady butterflies, an experience as filled with occasional worrisome setbacks as it was with joy and wonder in the end.  One day after Molly had illicitly gotten ahold of the poor caterpillars and given them a solid shaking, Marie wailed, "I wish I could be a tiny baby so I didn't have anything to worry about so I didn't have to worry!  See, Sylvie doesn't know the caterpillar might be dead!"
I know exactly what you mean, girlie.  Just you wait until the worries become even bigger than caterpillar woes.  Being a baby again is going to look better and better.  On the other hand, being your mom has its distinct joys and advantages, grown-up worries notwithstanding.  I'm going to go out on a limb and say it's been worth growing up for. 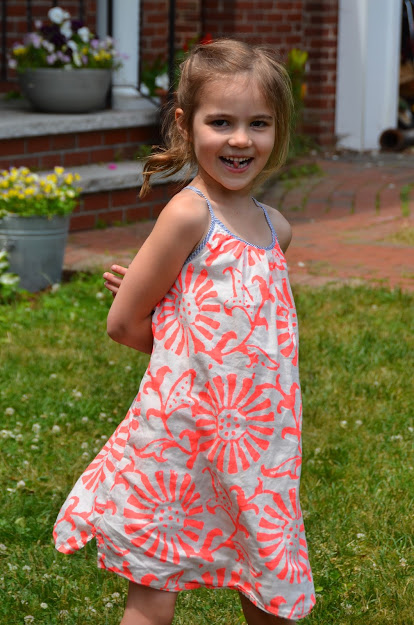 {wiggling her first loose tooth with her tongue} 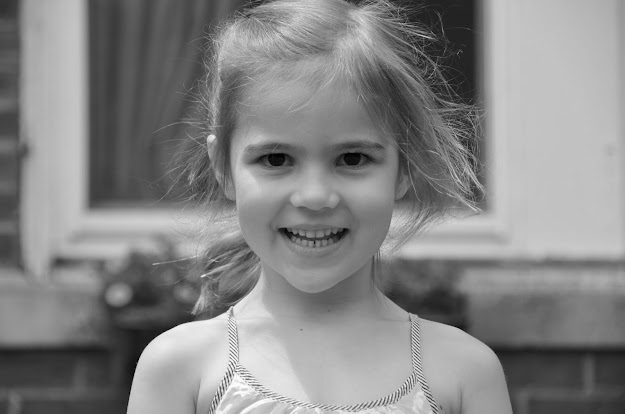 Email ThisBlogThis!Share to TwitterShare to FacebookShare to Pinterest
Labels: Reeisms