I want to record a few memories of Molly at two months, seeing as she's just turned three months old!  We're coming out of the so-called "fourth trimester," life is feeling manageable again, and we're finding a good rhythm to our days now more often than not.  It's time to try to get caught up on many things around here... but keeping the family memories needs to stay on that to-do list, no matter how busy things are, right?

{These photos were taken a week after she turned two months old.}

As for Molly, her own life was so busy and exhausting that at two months old, she wanted to sleep a lot. 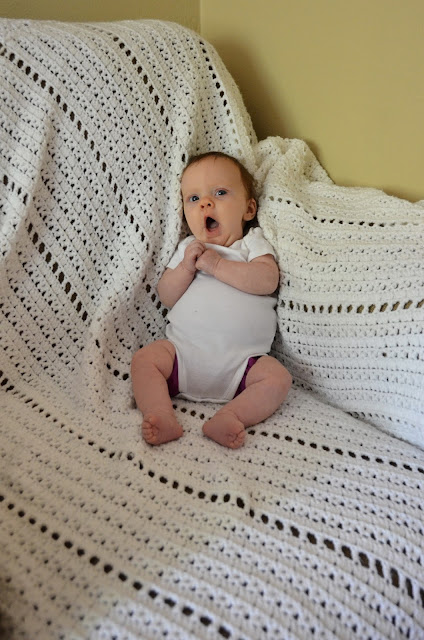 She weighed in at around 11 lbs 10 oz, give or take.  She was getting so much happier I could barely wrap my mind around it, and I wandered around in a daze of disbelief - had she really been so miserable before?  Did I imagine those bleak, challenging two months?  And was she really sitting in her swing happily while I folded laundry?  Was she lying on the floor cooing at me for long minutes at a time?  I could barely believe it.   At two months old, we were getting more and more days where the clouds of Molly's sad screaming would part and reveal the smiles of the happy personality that was under the surface of her gastrointestinal misery. 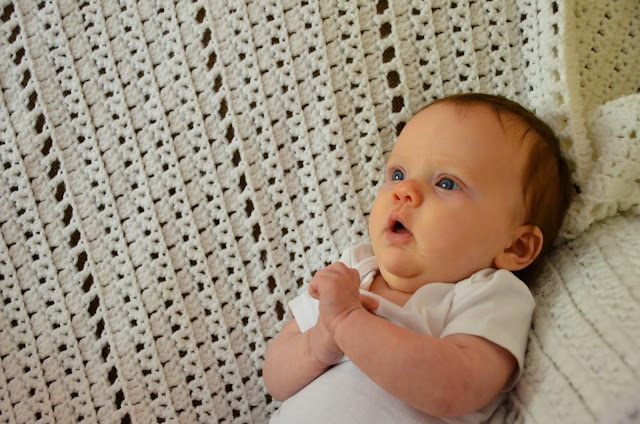 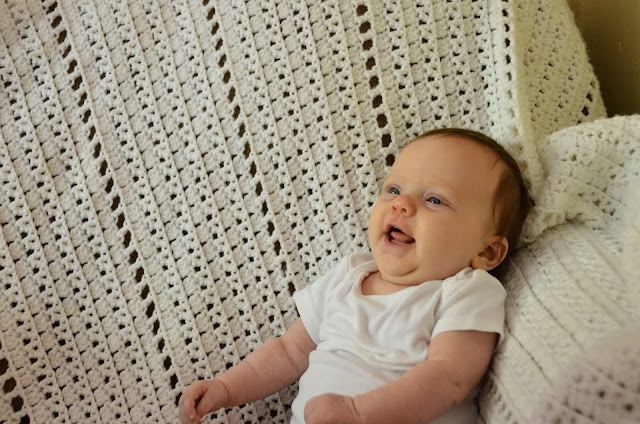 Between 7 and 8 weeks old was when the proverbial clouds began to part and our Molly girl began to get happier.  I have no idea whether to attribute this to the implementation of block feeding, the fact that I took her to a chiropractor for a gentle adjustment, the Hyland's cell salt homeopathic tablets I started giving her, or that other great natural medicine, the passage of time.  {The cell salts were something that I kept coming across as a remedy that parents of gassy / colicky / refluxy infants swore by, and a good alternative to reflux medication, which I didn't want to try at that point for various reasons.  It really did seem that they made a difference, although I started them at the same time I took her to a chiropractor, so it could have been either/both of these things, or, as I said, just the passage of time.}

In the sling, while she'd occasionally still have miserable burping gassy episodes with lots of screaming and kicking of her little feet, she was usually content and could sleep for long periods of time.  My lower back was beginning to feel the twinges of more baby wearing than I could handle, so it was a good thing that Molly began to be able to sleep independently a bit more. 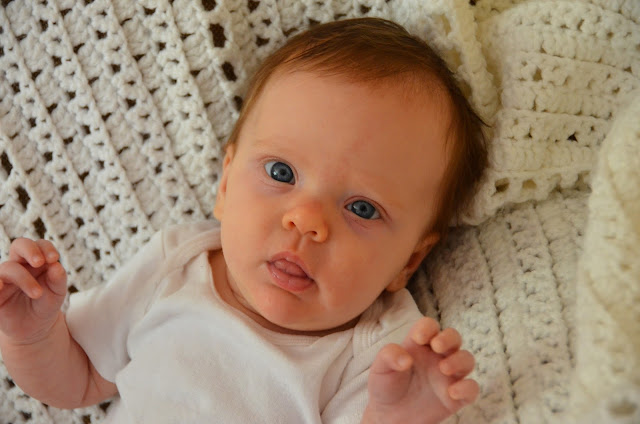 At night, she still slept beside me, but she gave me a couple of five hour stretches here and there, and one six hour block of sleep!  Amazing.  When you've just slept in two- or three-hour chunks for a while, you forget how good and refreshing those longer sleeps can be!

I decided I could sort of keep my head above water now, and pulled out the cloth diapers.  Boy did it feel good to stop putting a full garbage bag of disposable diapers out to the curb every week!

Molly began to hold her head up so often that it got harder to carry her around in her usual favorite spot up against my shoulder.  She'd lift her head, bobble around, and throw her weight off center!   She also began to wonder if she could fit an entire hand in her mouth, and liked to blow spit bubbles to entertain her older sisters.  Her sounds grew more and more conversational, and her social smiles continued to win our hearts. 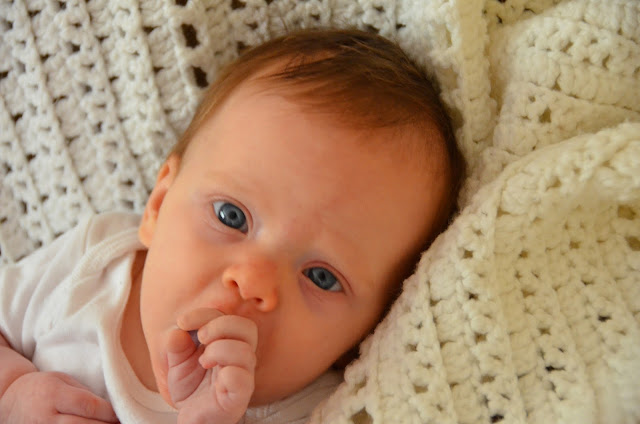 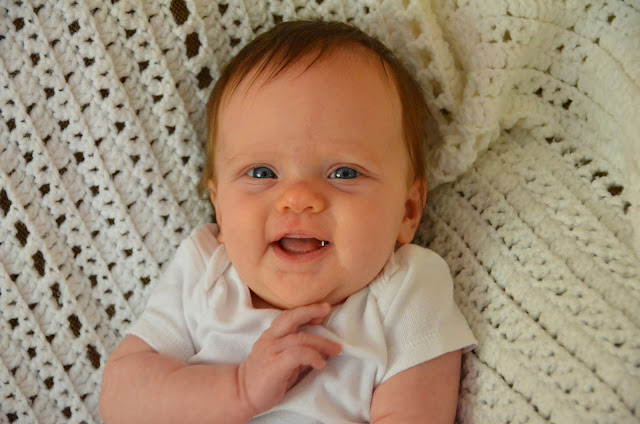 You sweep us off our feet with your blue eyes, your dark hair, and your beautiful smiles.  I was back to teaching violin lessons by the time you were two months old, and as you began to feel better and decide the outside world was not so bad, I was relieved to know that you'd be okay with Daddy, Aunt Hannah, or other babysitters while I was working.  I'm sure someday I'll tell you stories of how sad you were as a newborn.  But I hope you'll always know that, as hard as those early days were for me, I mostly thought about how hard they were for you.  I wanted to help you feel better, and I wanted you to know that we still thought you were the best baby in the world -- screaming notwithstanding.

Email ThisBlogThis!Share to TwitterShare to FacebookShare to Pinterest
Labels: Molly, molly by the month