the second, third, and fourth weeks

Time is flying by with this new little lady in our family. 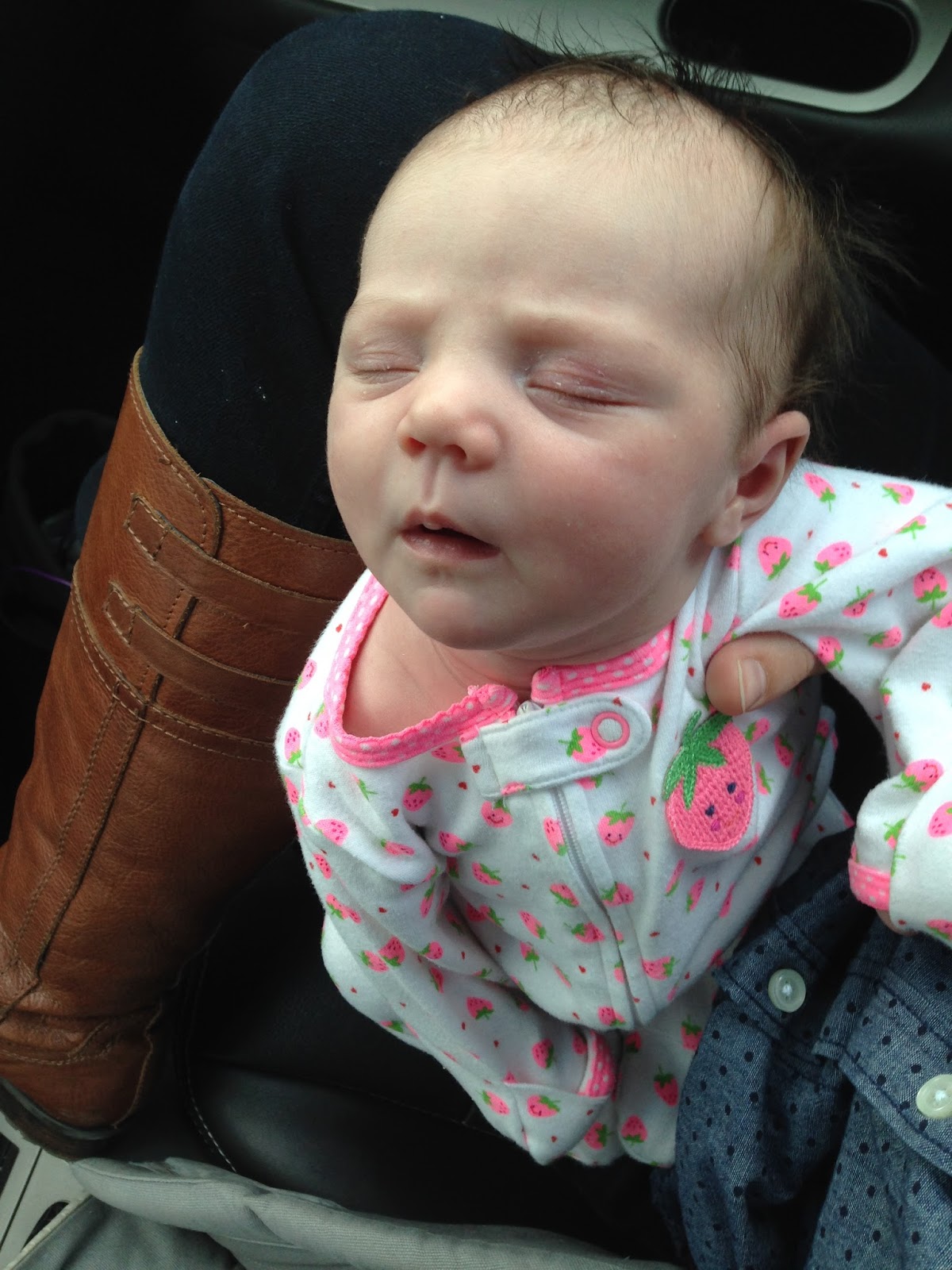 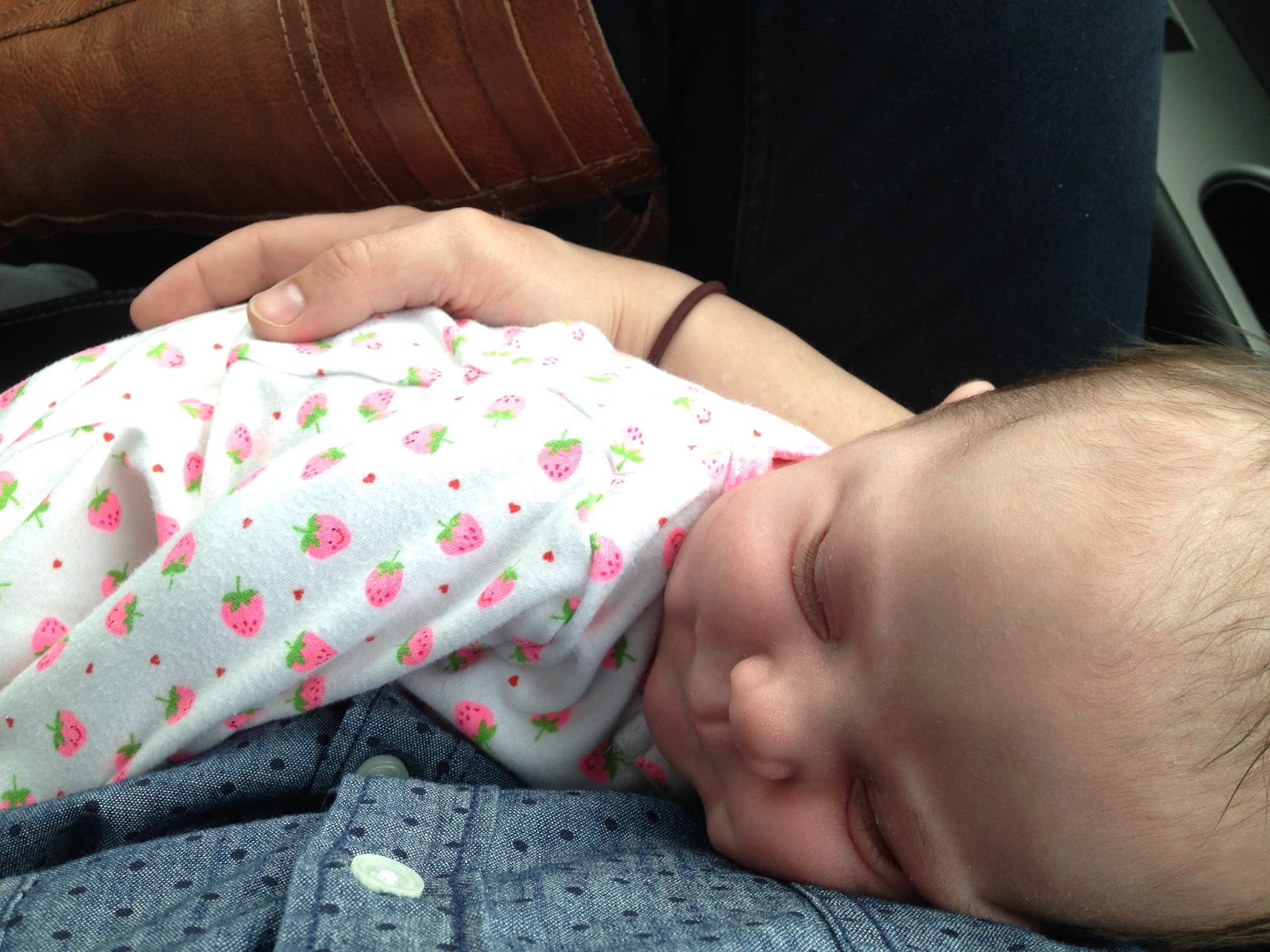 The second week was hard.  My Mom had returned home, and I was on my own with two.  Outnumbered.  But not defeated!

The first and second weeks were the hardest for Nell in terms of the adjustment, but we managed.

Now that Ree is a month old, I feel as though we've definitely settled into a new normal.  Nell is back to her {usually} happy self, I am getting to know Ree and figuring out how to help her be content and comfortable, and Nathan's work schedule has lightened a bit and he's actually home sometimes! 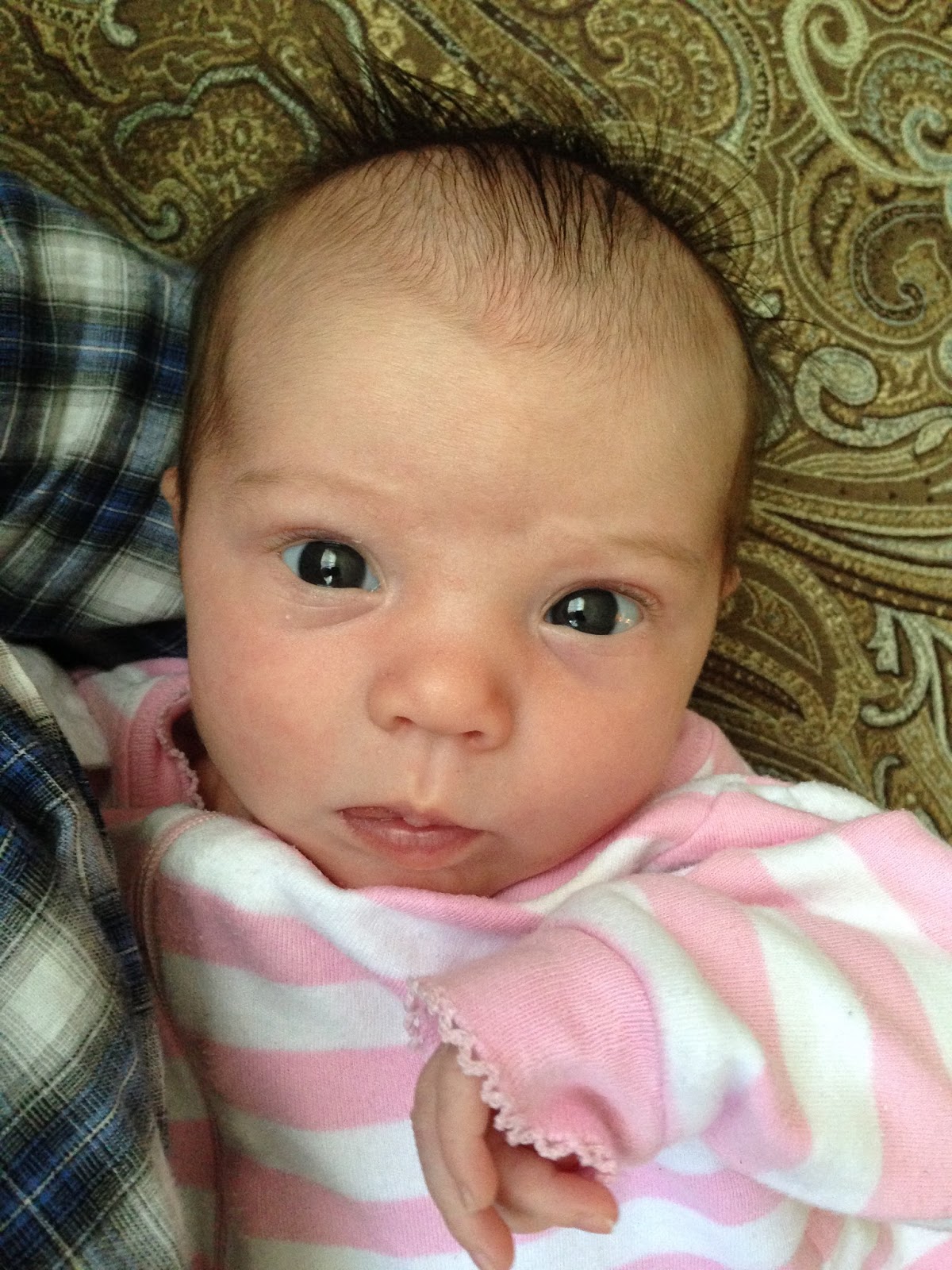 Like her big sister used to, this girl prefers to be held all the time, and she makes her preference known by eliciting a pterodactyl-like scream any time she is placed down.  She is an equal-opportunity hater of all surfaces that are not Mom, be it a swing, a bed, a Boppy pillow, or anything else.  Occasionally we get five minutes of swing time here or there, but usually in the amount of time it takes me to go to the bathroom, this baby can rev herself up into full-on gasping, choking screams that would nearly break your heart to hear.

So, the past month has involved a lot of Moby-wearing and Ergo-wearing.  Curiously, she sleeps great in either of those but doesn't sleep very soundly just resting in my arms, even if it's evening time and she's just nursed and all is quiet.  She hasn't quite been the sound sleeper I recall Nell being as a newborn, who would sleep anytime, anywhere as long as she was being held.

Recently we've gotten Ree to sleep on her own in our bed a couple of times during the day, though -- hurray!  And even though I know it's necessary and is a true gift to this Mama of two, predictably, I miss her when she's not attached to me. 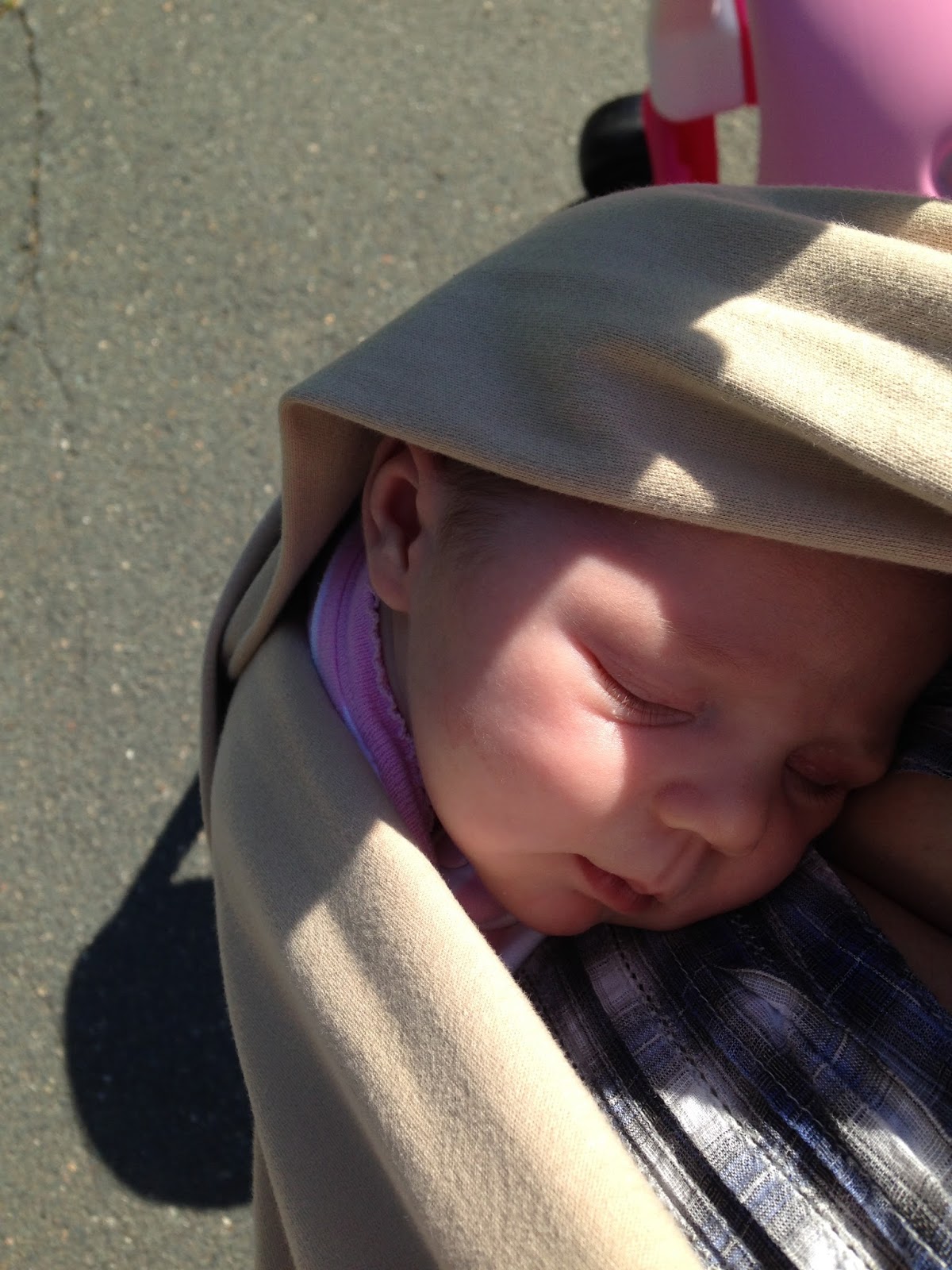 ~ has been a pretty good sleeper at night from the beginning, sleeping for 2-4 hours at a time ~

~ confuses and befuddles me by staying awake for up to 2 hrs at a time during the day... aren't newborns supposed to sleep all the time? ~

~ is already pretty good at holding her head up ~

* * *
Some pictures from the past few weeks:

First time getting dressed up for church... not altogether in favor of the experience, it would seem. 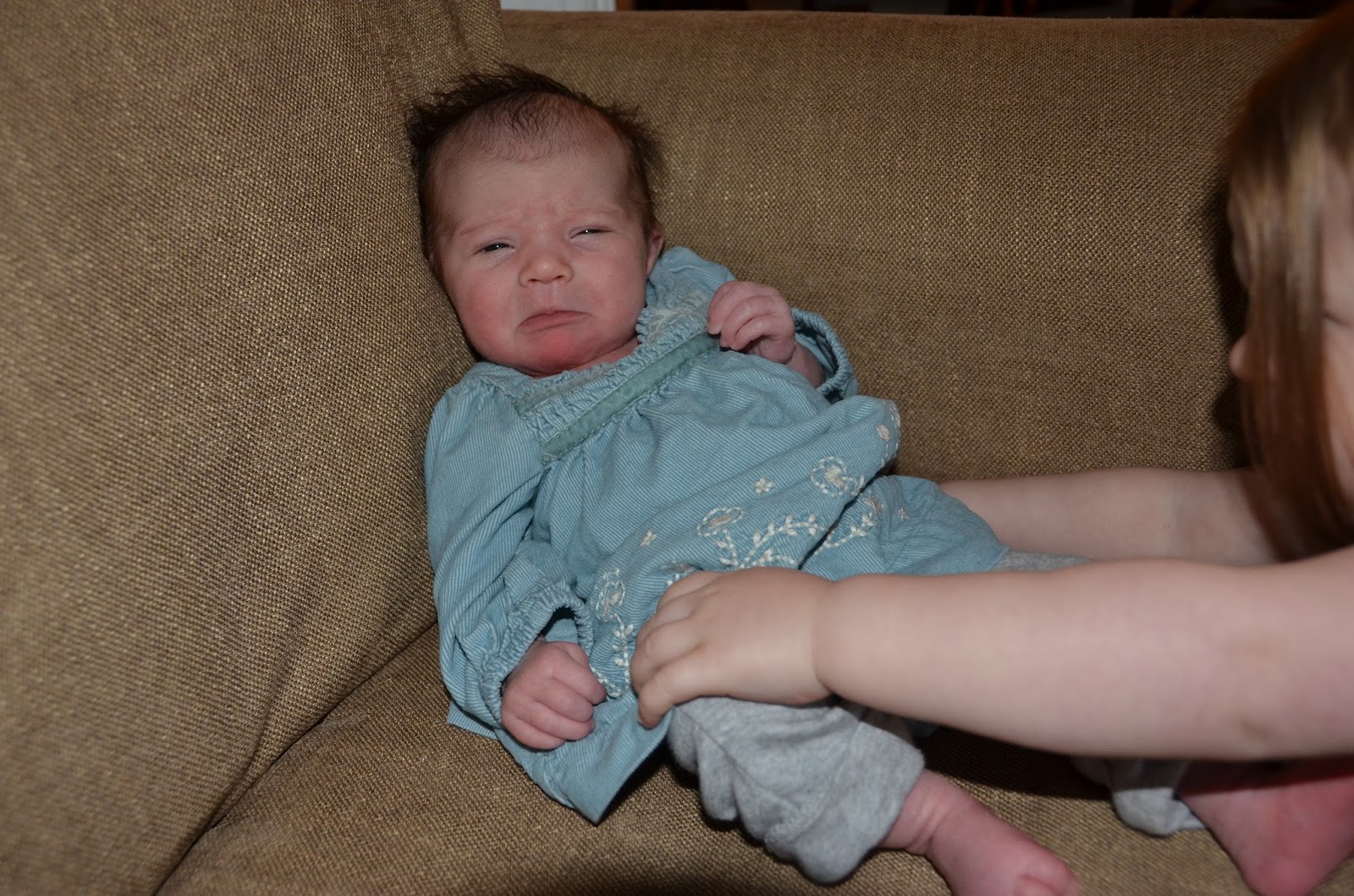 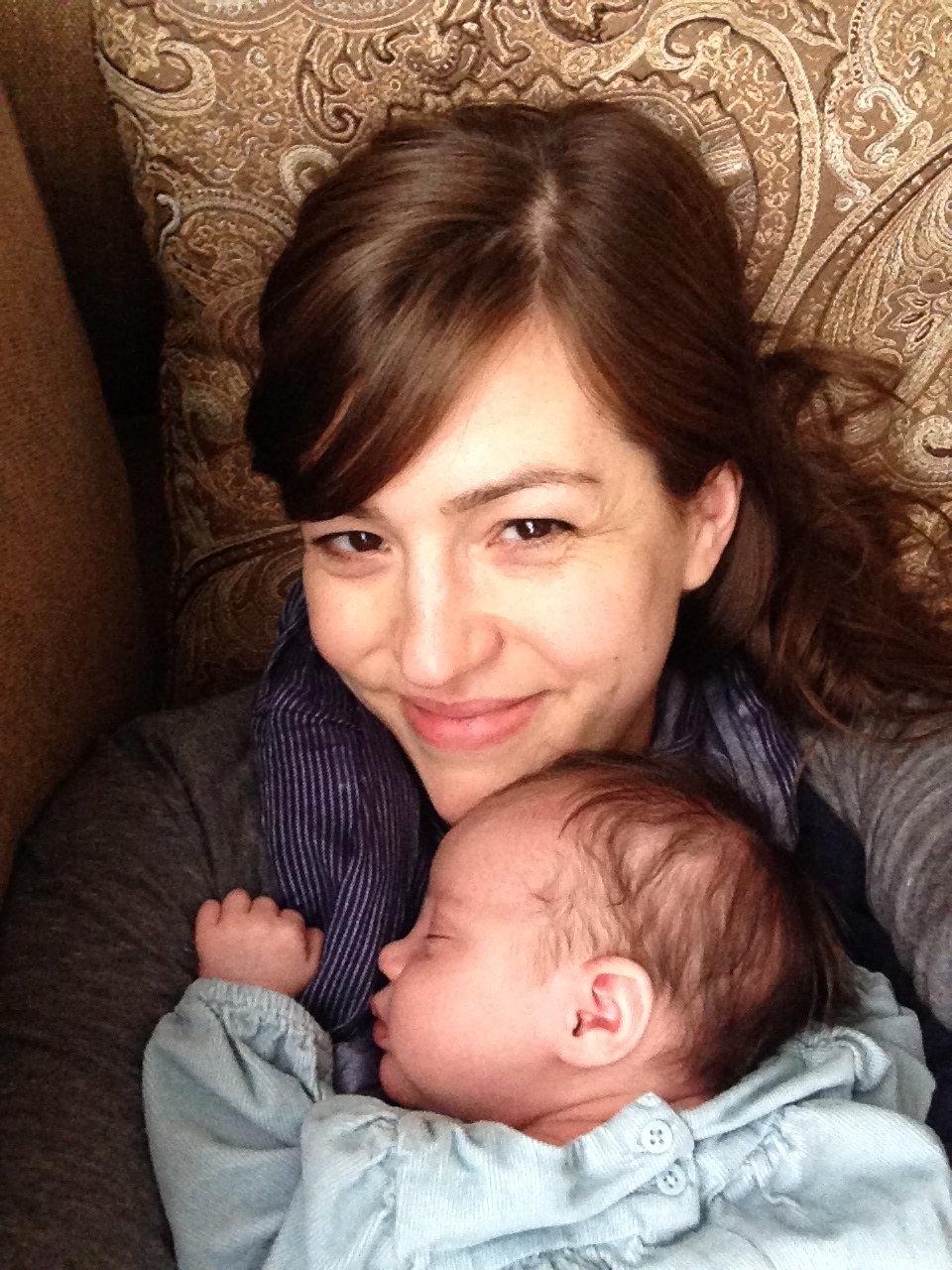 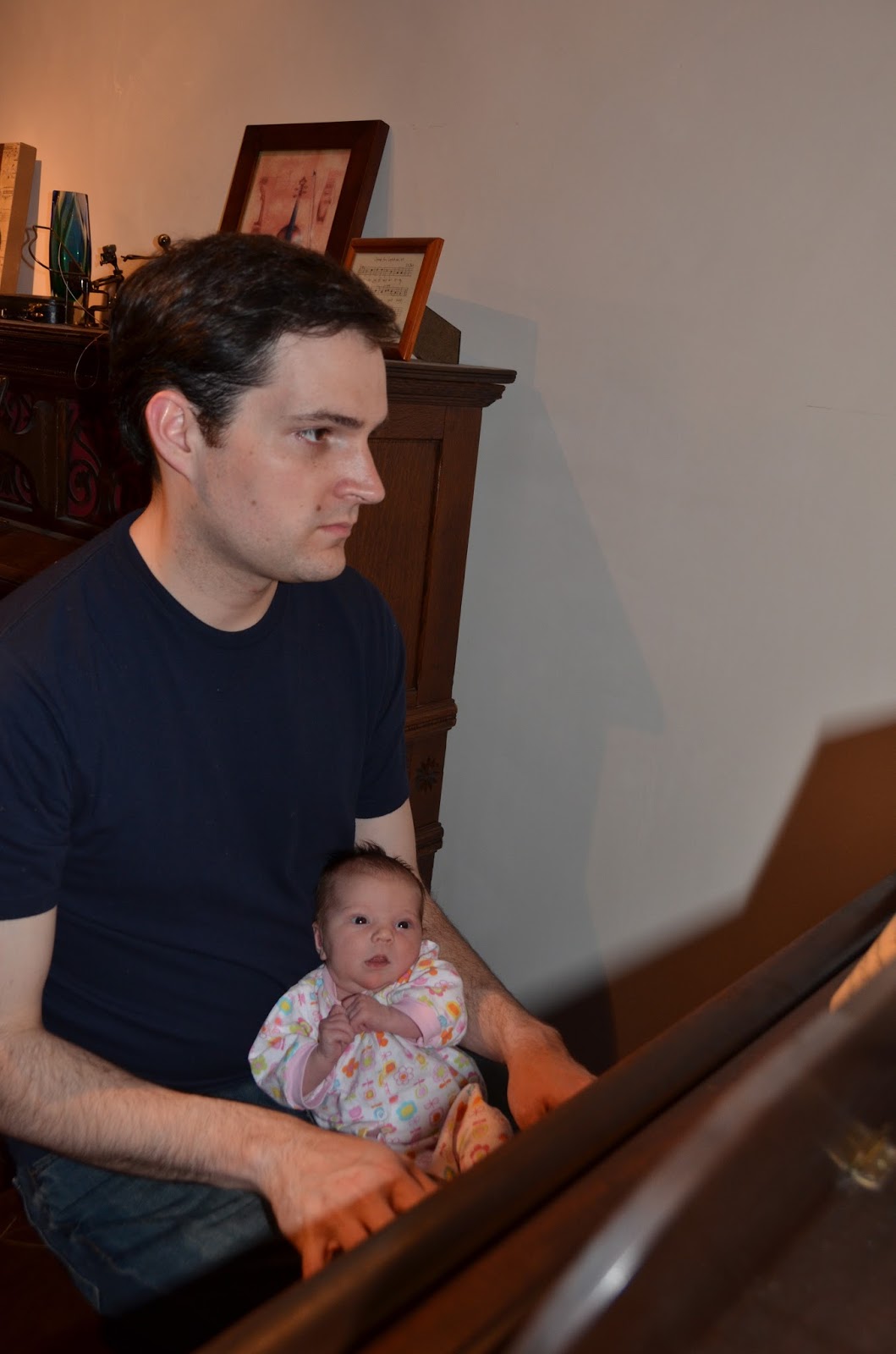 One and a half weeks old: 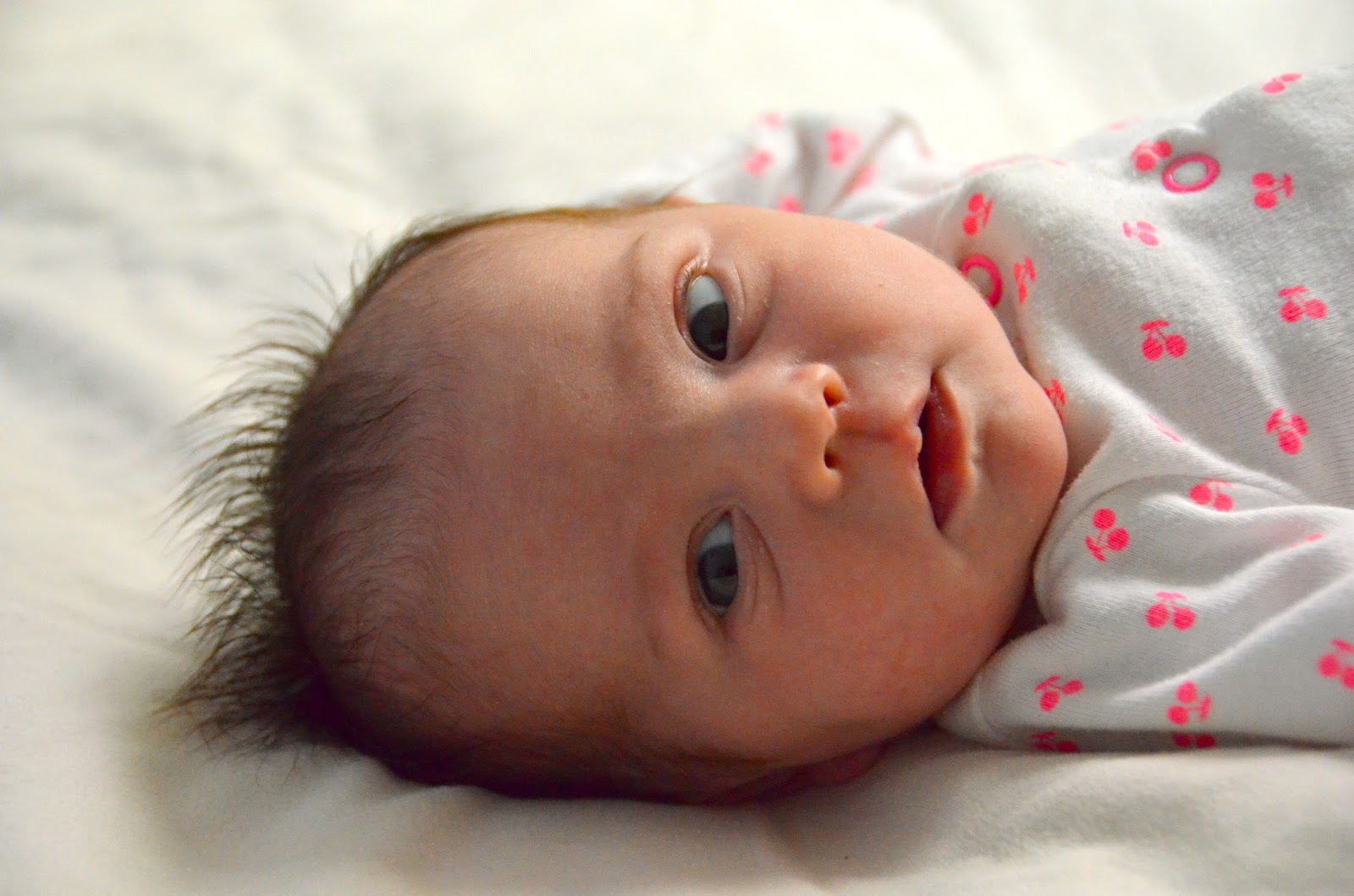 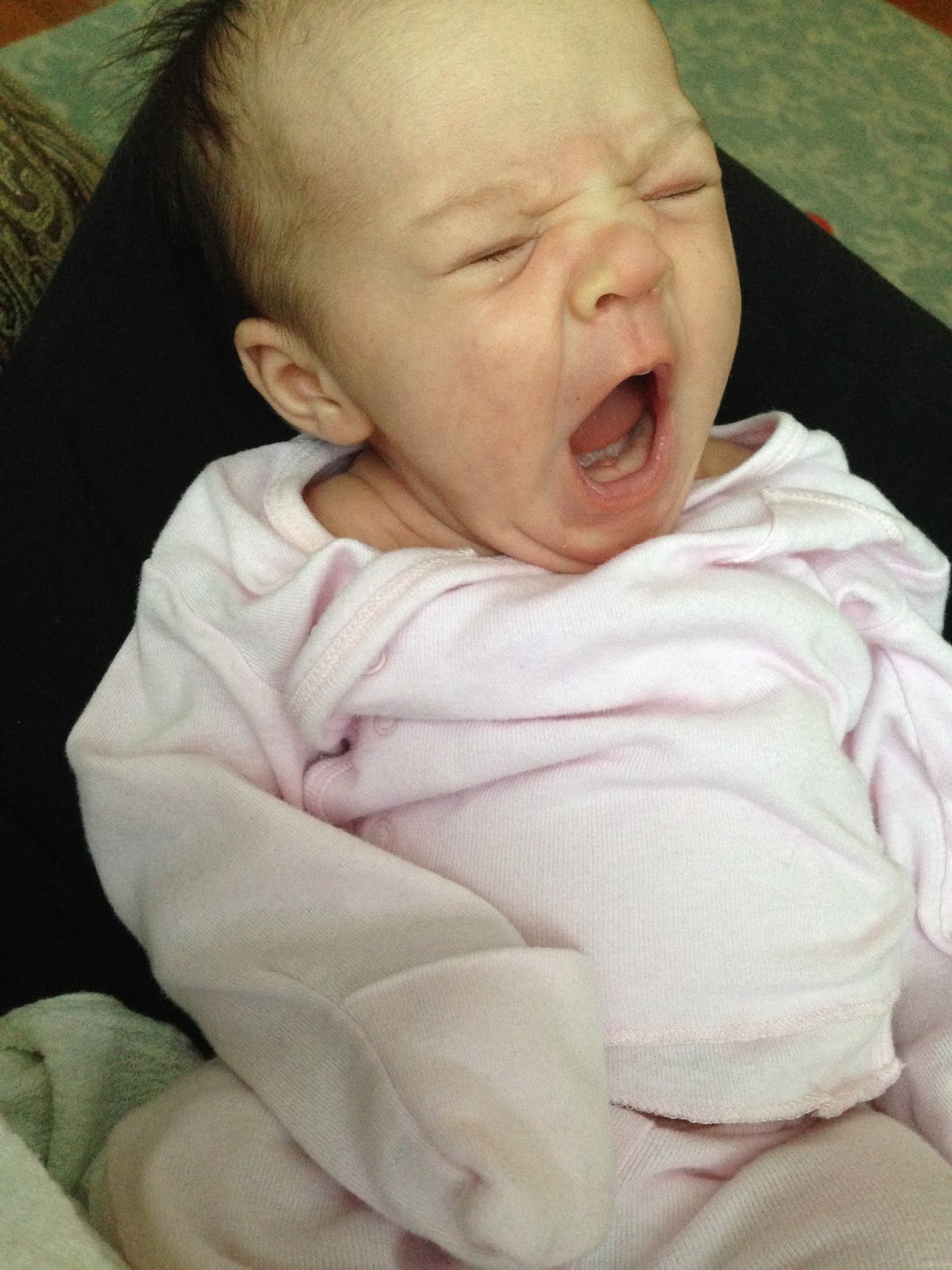 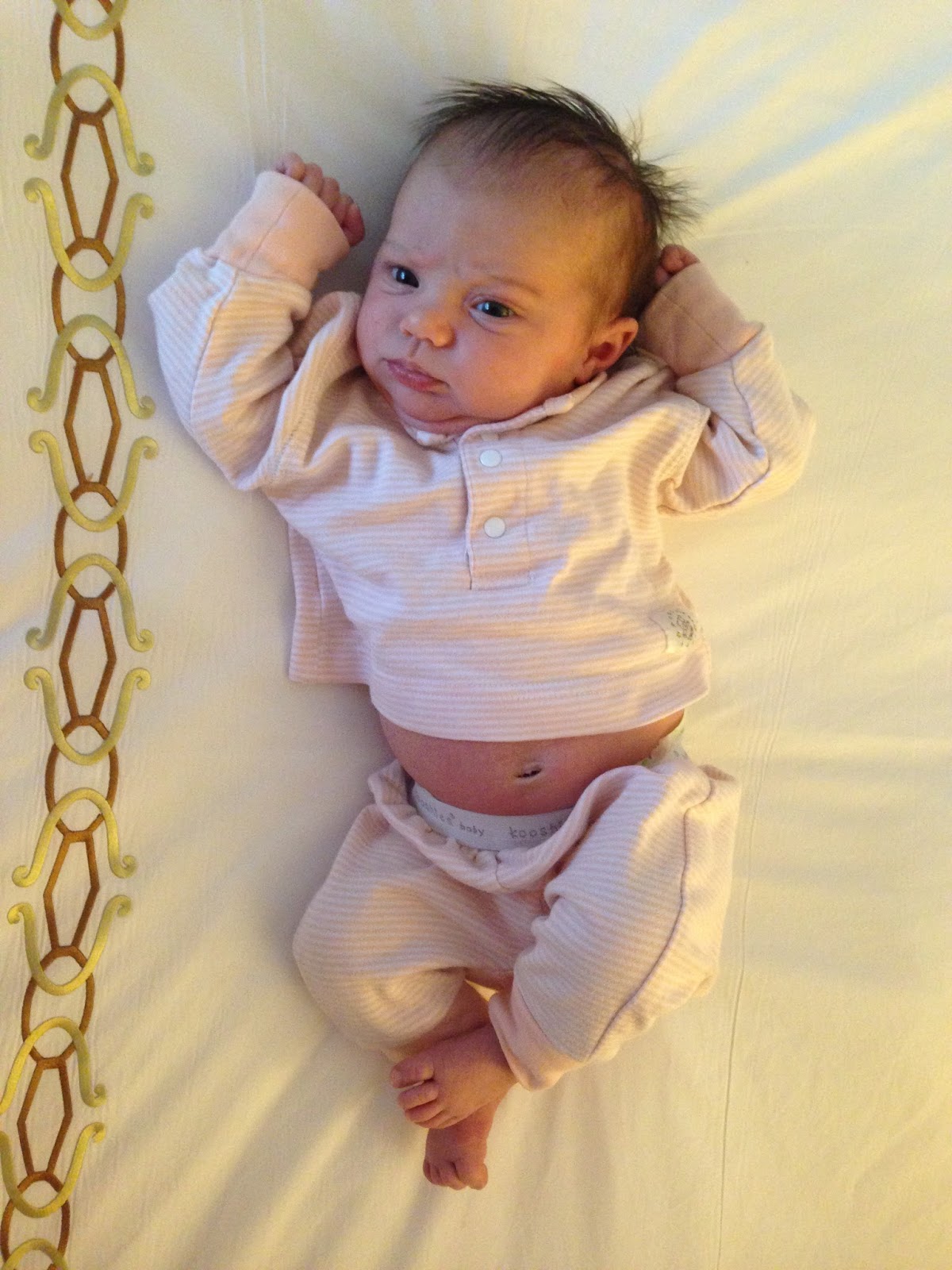 A funny one -- I love her crazy hair after baths! 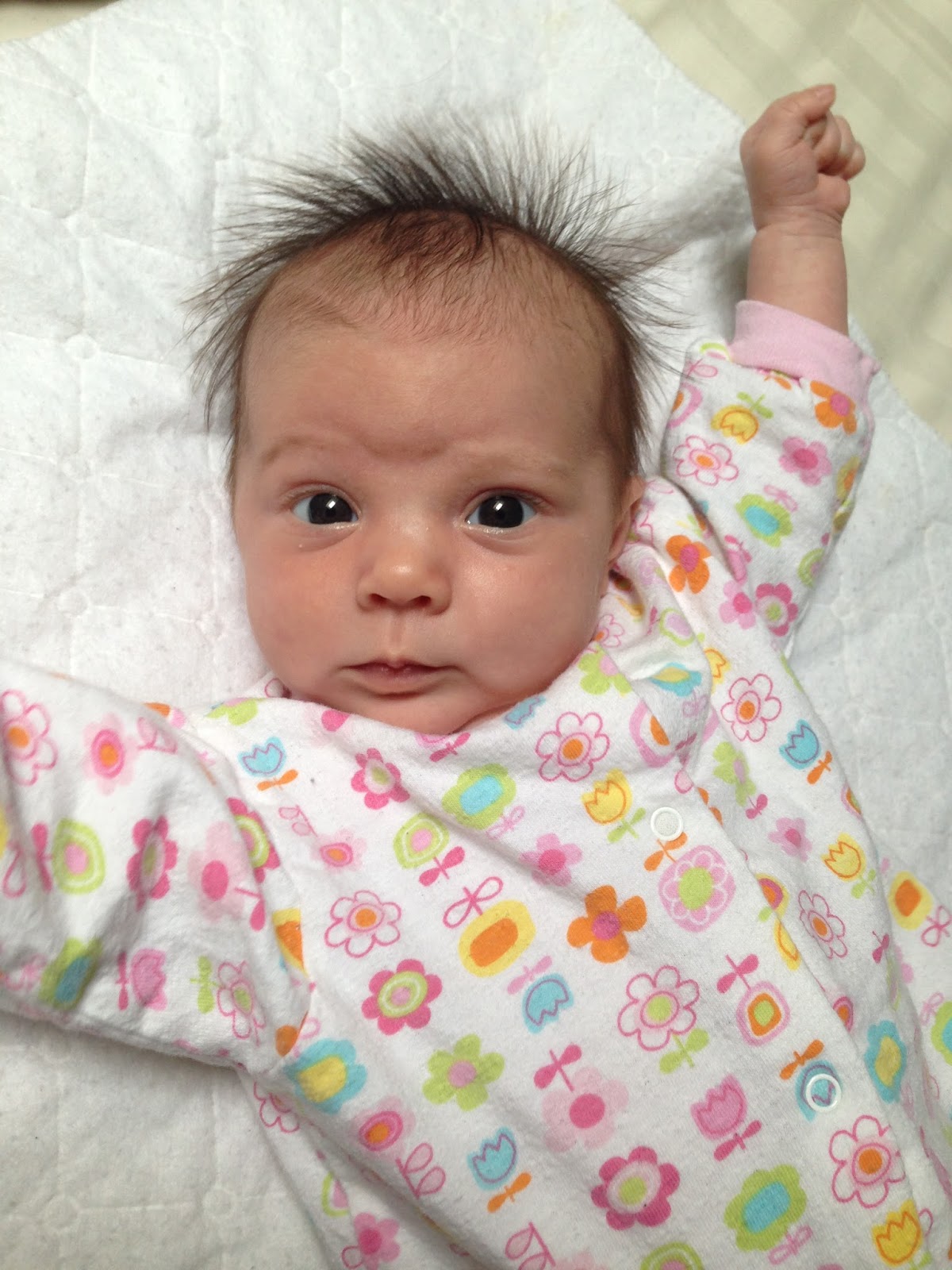 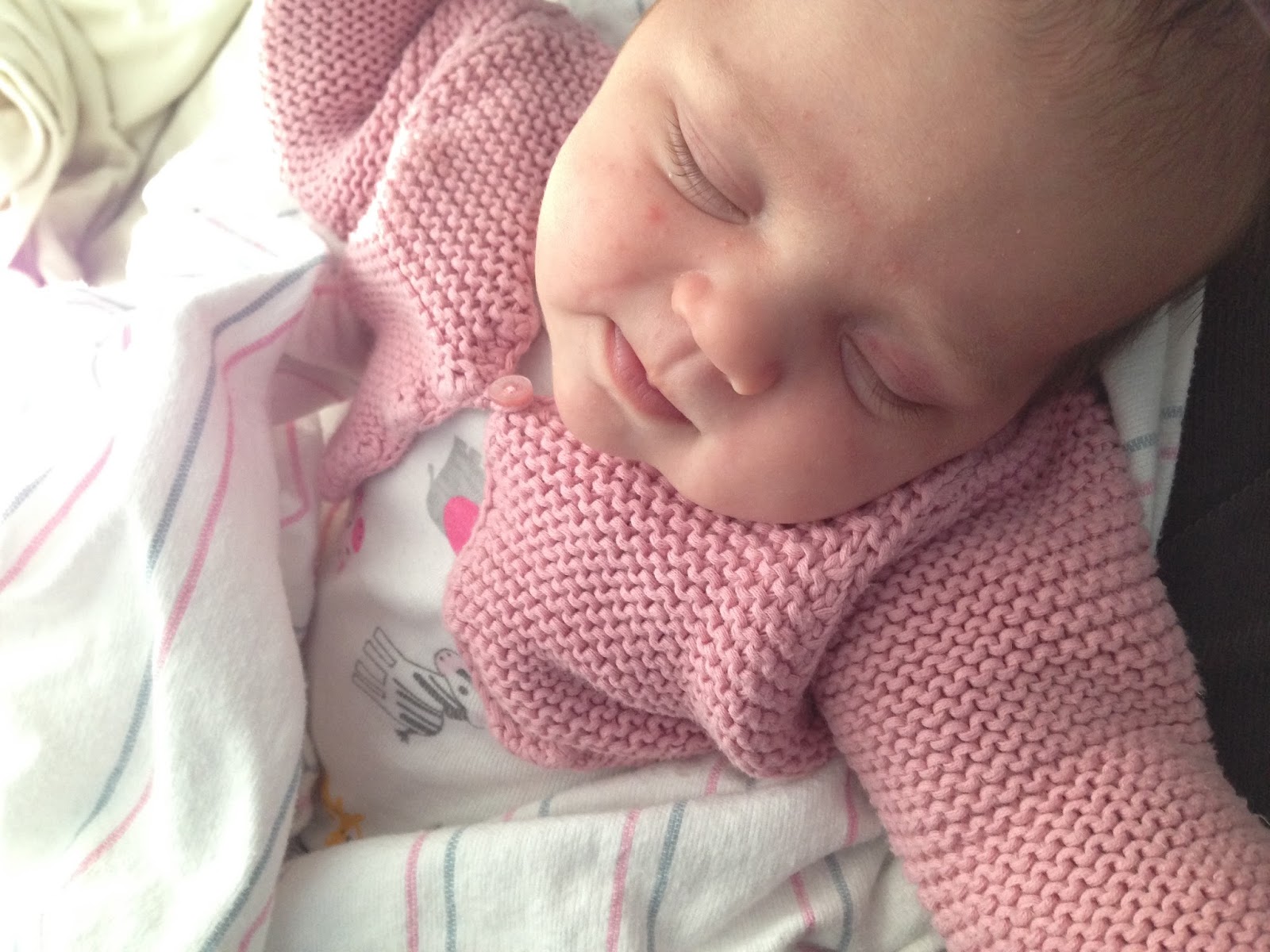 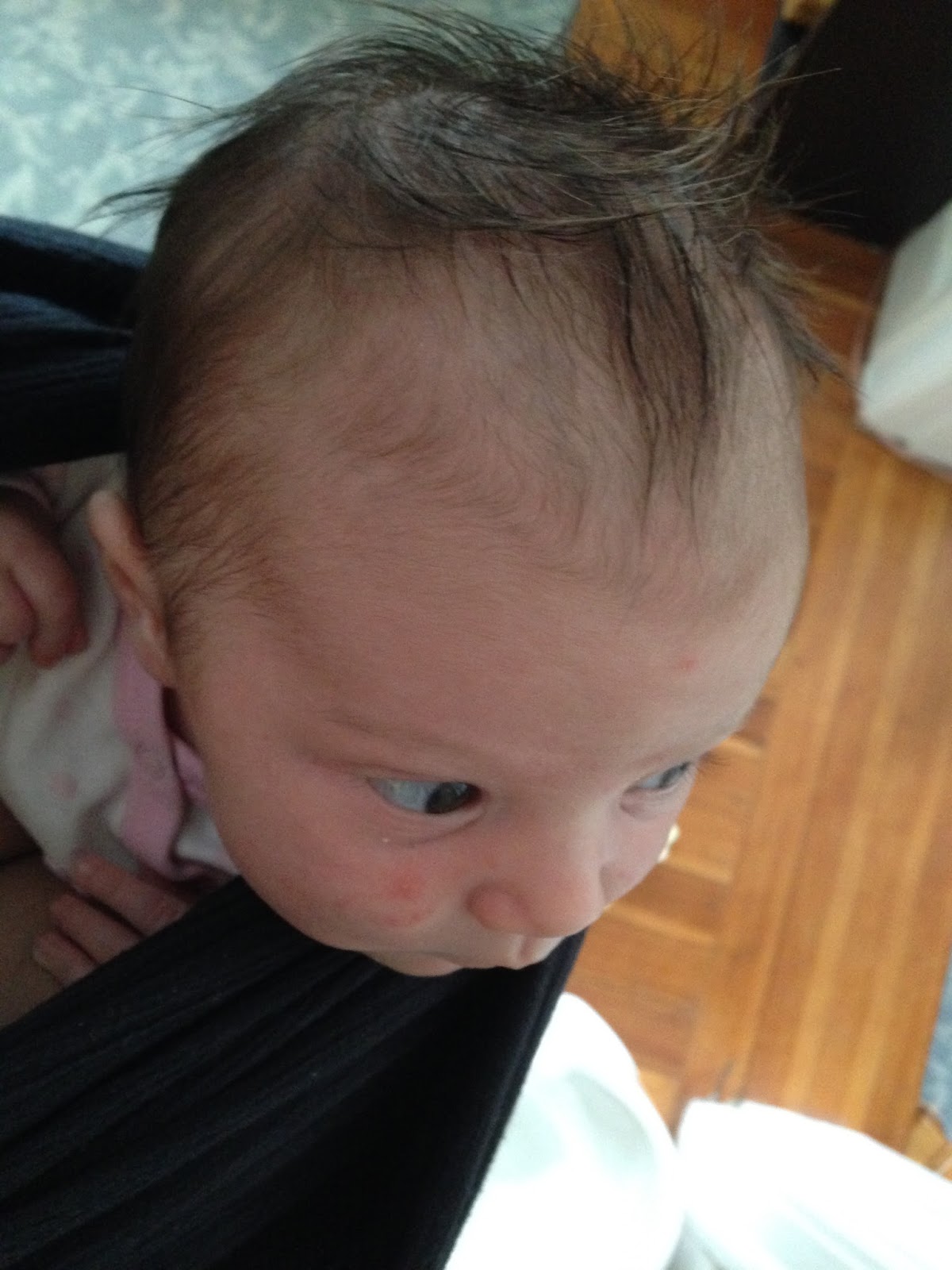 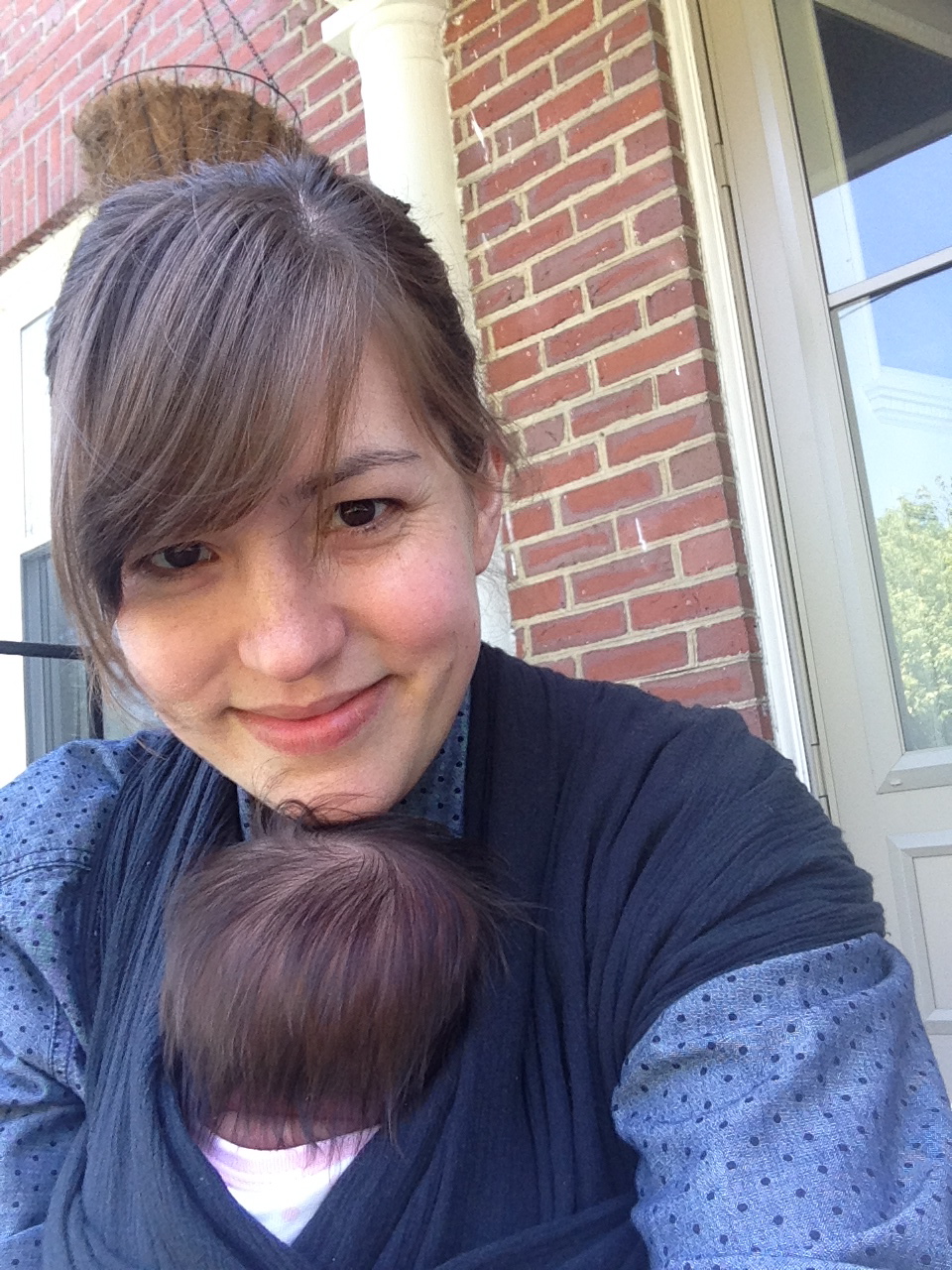 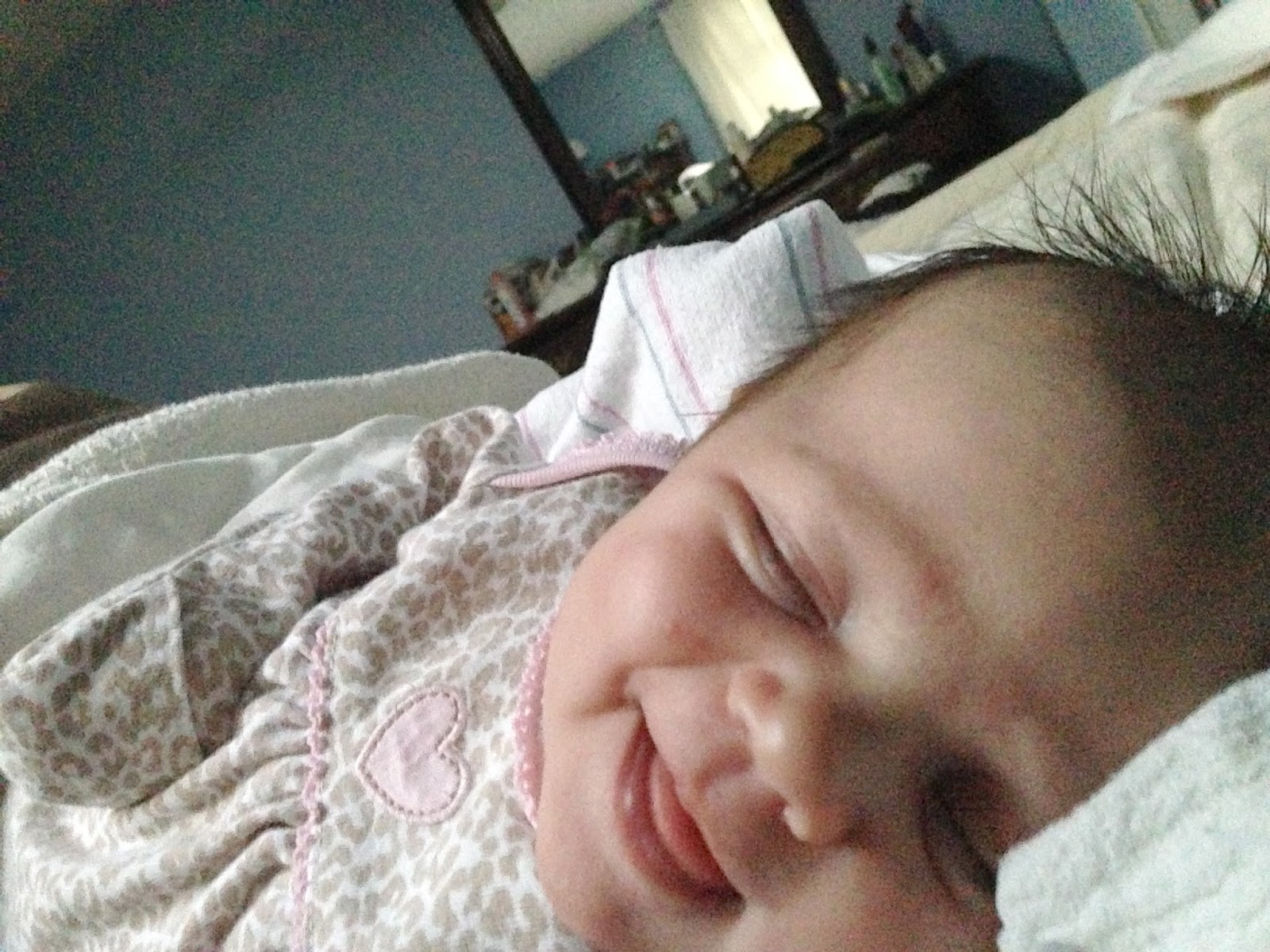 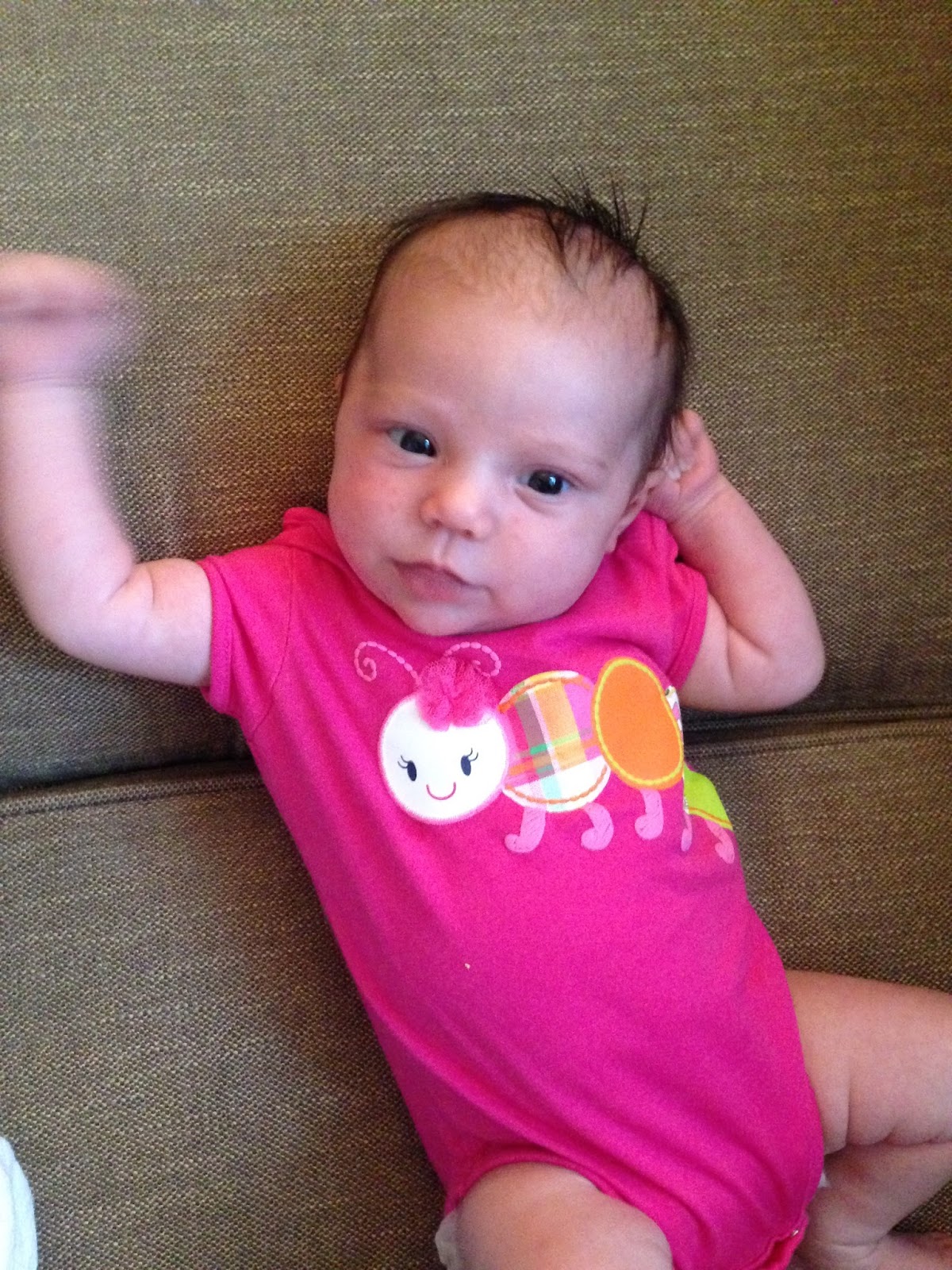 Four weeks old!  It's hard work, being a baby.  An exhausting business, to be sure. 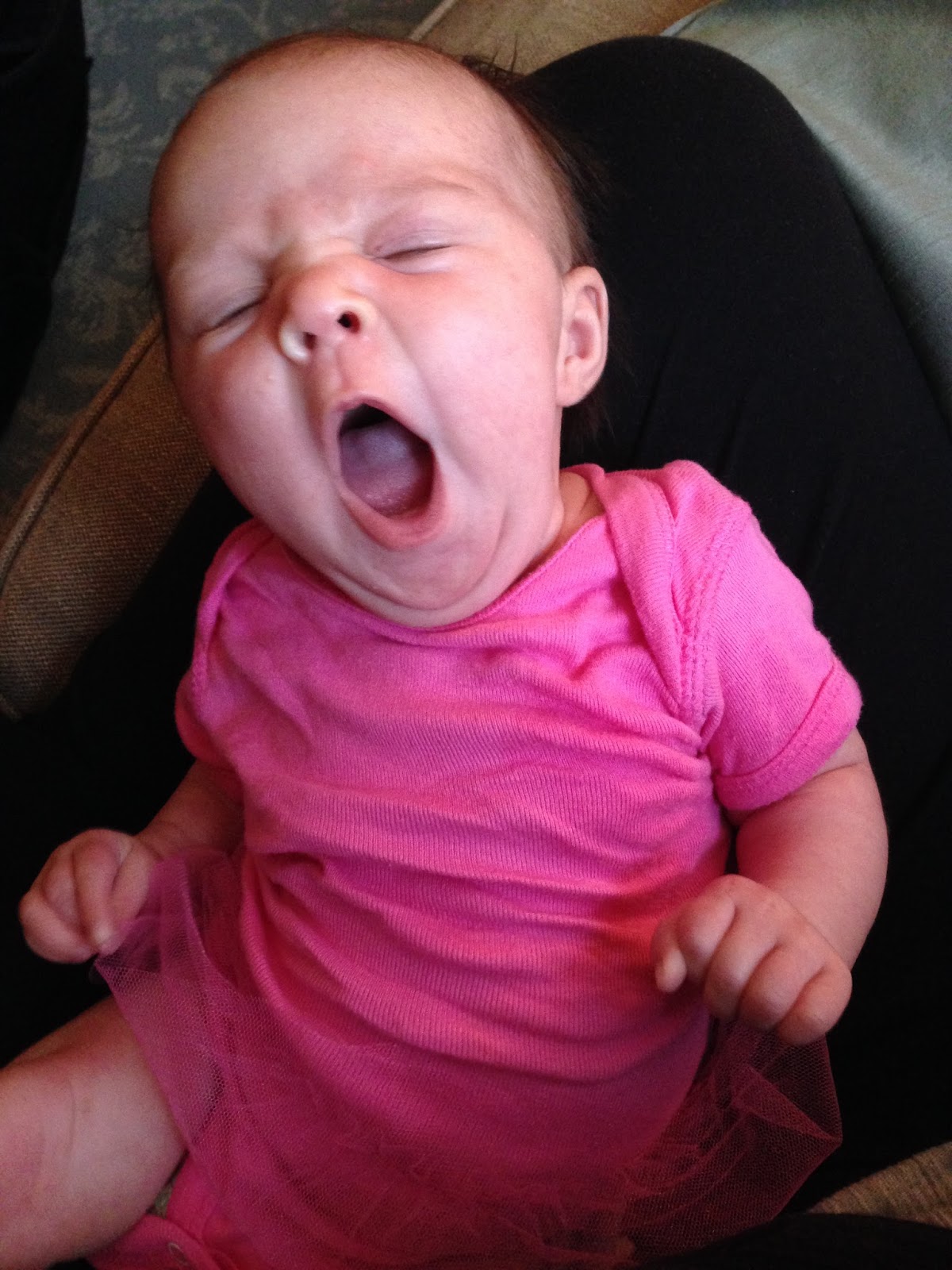