I made three cute stenciled t-shirts for my three cute nephews this Christmas. They're en route to the kiddos as we speak -- they won't get there until after the New Year, but a very busy aunt can only do the best she can.

I've done freezer paper stenciling once before, but hadn't tried anything particularly complicated until now. I started with my idea for Thomas's shirt: a train for the boy who loves trains. This one was simple enough; I found a silhouette-type picture of a train online and printed it out, then cleaned up the lines a bit with a pen before tracing it to freezer paper and cutting out the outline with an x-acto knife. After positioning the paper (glossy side down) on the tee-shirt, I ironed it on and then added a little square for the conductor's window. With everything ironed down securely (and an extra piece of freezer paper on the inside of the shirt to prevent the paint from soaking through), I painted a few coats on and let them all dry thoroughly before peeling away my stencil to view the results: 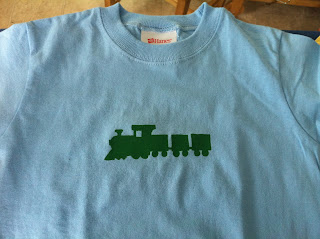 The next one I did was for Josiah, the youngest. I had it in my head that a giraffe would be a really cute, and I'm glad I thought of it; I love the way it turned out. After finding a suitable picture online to turn into a stencil, I created my freezer paper stencil as before, but this time the initial coats of paint were just my base color. After the light brown had dried, but before removing my stencil, I painted all the spots and details freehand. After letting the paint dry, I removed my stencil to reveal the finished product: 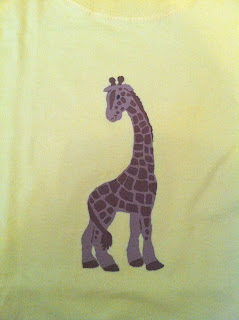 The last shirt I did was for Jonathan, the oldest. I was a little concerned about what to do for his, since I imagine he might be at or nearing the age where he could be particular about what he does and doesn't want to wear. Eventually I settled on a zebra. This turned out to be the most complicated one I did, partly just because it took a lot of coats of my base white paint to make sure no orange from the shirt was showing through. When I had finished the coats of white paint, I did the stripes freehand before removing the stencil. Because the coats of paint had built up to be a bit thick, a little of the paint started to peel off with the paper stencil, and I had to touch it up by hand. (Definitely became a bit more imperfect at this point; oh well.) So this is the shirt I'm most nervous about -- I'm hoping the paint doesn't peel off in the wash or anything. 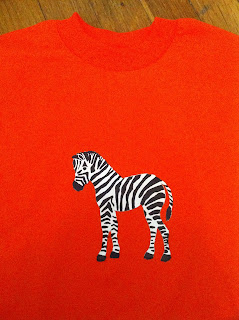 I have to admit I'm pretty pleased with how all three turned out. I hope Jonathan, Thomas, and Josiah enjoy wearing them!

Back in November when I traveled out to California for my Grandma's memorial service, I got to spend some fun time with my sister and my nephews, as well as my brothers and the rest of the family. The little boys and I discovered that the front-facing camera on my iPhone, while not capable of producing particularly high quality photos, can provide endless amusement, since you can see the silly faces you're making while posing for the picture - a definite plus for the attention span of kids when confronted with a camera lens.

First Thomas and I had some fun taking pictures: 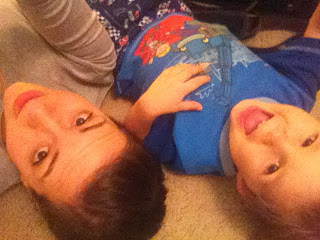 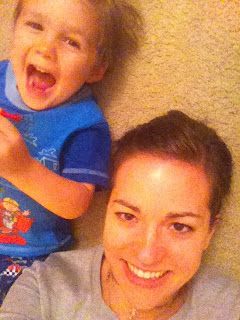 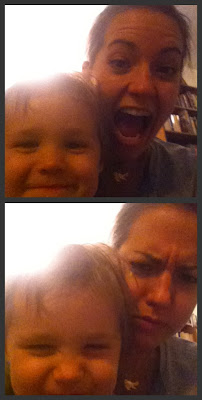 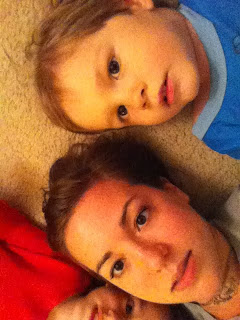 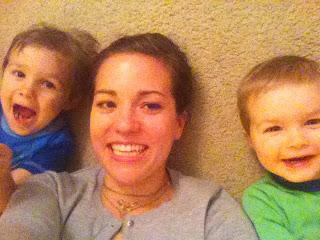 Jonathan and I tried out some different faces: 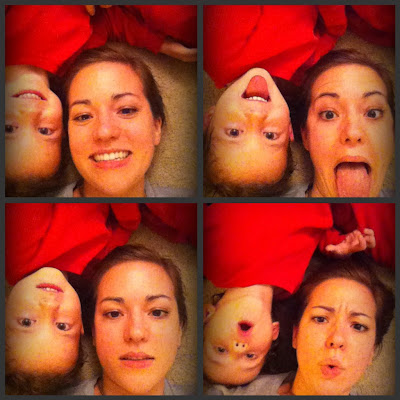 And Emily joined in the fun, too! 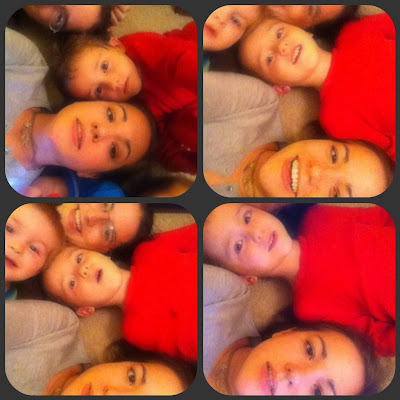 I love those boys.