Today Nathan and I and our friend Lisa went on an excursion to Russell Orchards in Ipswich. We had a great time picking raspberries and enjoyed some of the orchard's signature apple cider. We also saw some cute - and a few not-so-cute - animals.

Look at this curious little goat. She was on the opposite side of the pen, but when I held out my hand and clicked my tongue, s/he came right over to make friends with us: 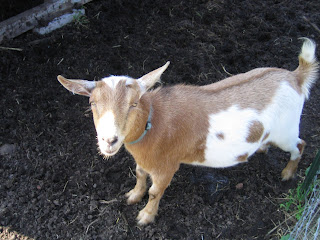 This gleaming-eyed goose was entirely unafraid of orchard visitors: 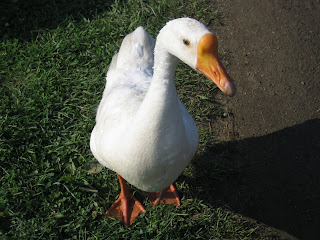 These pigs were quite small... 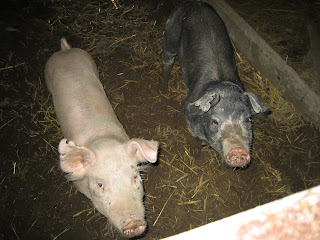 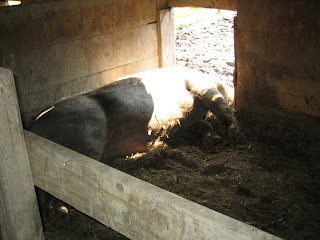 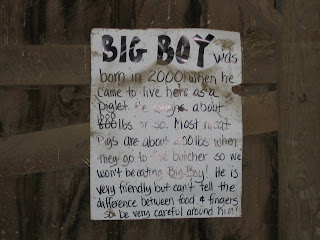 The miniature horses had the softest noses. Here's Lisa befriending one of them: 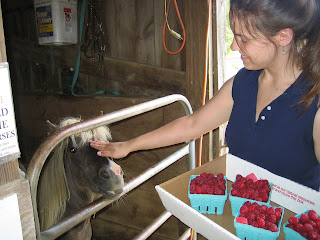 There were even guinea hens! 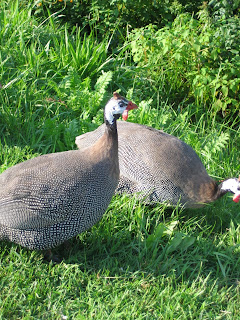 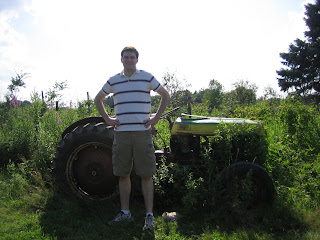 And he was a good sport despite the fact that he doesn't even like fruit! 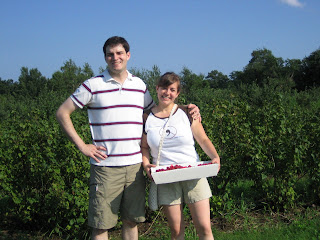 But the best part of the day was coming home and making a fresh raspberry pie, based loosely on this recipe. I baked a simple vegan pie crust with coconut flakes mixed in with the flour, a recipe idea I've tried a couple of times lately for fruit pies. If you make your crusts in a food processor, it's easy to whirl the coconut around with the dry ingredients until it's a finely ground consistency, and the resulting pie crust will be delicious. Then, I mixed 1 cup of raspberries with a little water in my blender (rather than mashing the berries by hand on the stove top) and strained the seeds out, cooking the resulting juice according to the recipe, but with less sugar than called for - I used less than 1/2 cup. Pour the glaze over fresh berries, and the resulting pie exemplifies all that is good about summer weekends. 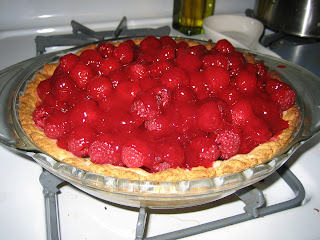 Lisa declared it possibly the best dessert she had ever eaten. All in all, I think it was a good day.